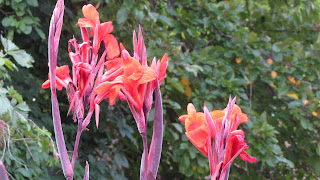 As usual Shana and I had big plans for the Fourth of July weekend. We had scheduled a ride with friends (and pancakes after!), a barbecue, and fireworks. Unfortunately all of these things will happen without Shana. Taking advantage of both of her kids being out of town for the holiday weekend Nancy H dropped a big piece of marble on the instep of her foot and broke it (the foot, not the marble) It's a bad break, and Nancy needed someone to help. For a variety of reasons neither son nor daughter was able to come back, and because it's the holiday weekend she was not able to get home health care to come out so she could take her pain medication without 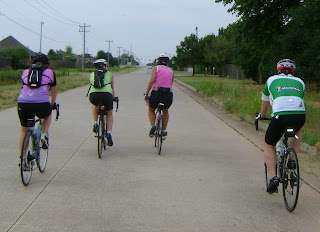 worrying about what Larry might get up to without supervision. We hoped Shana would not have to drive down to Dallas, then that she would only be there for one night, now it looks like she may make it in time for fireworks but will have missed everything else. Our guests will be subjected to my hamburgers!


So far everything else is rolling right along. We had a really nice ride, cool and overcast. Pancakes were as good as always, and the company was excellent. We may have rain later today, but I won't complain if we do. My home made cinnamon ice cream is delicious, pies are ready to go in the oven, and the potato salad is 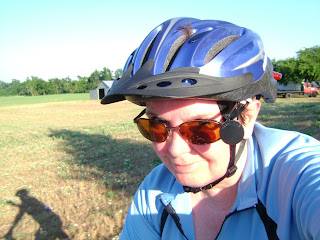 assembled. The beer is cold and Shelly is bringing the baked beans - if she can get her car issue taken care of before then. Oh well, I may be picking her up. I was not counting on manning the grill myself, but I've done it before. It wasn't recently, but it should be like riding a bicycle. The only thing is that when last I grilled burgers I was timing them by the cigarette method - smoke one and turn the burgers over. I'm not going to take up smoking again for the sake of the burgers! It's funny how Shana is the official cook and party hostess so no one is at all sure I can do this myself.
Posted by Cinderellen at 3:08 PM

"The only thing is that when last I grilled burgers I was timing them by the cigarette method - smoke one and turn the burgers over. I'm not going to take up smoking again for the sake of the burgers!"

Ha! I read down-backwards- of course so know that the burgers were fine. Congrats on that and staying smoke free-well except for that BBQ smoke.