A Change in Perspective 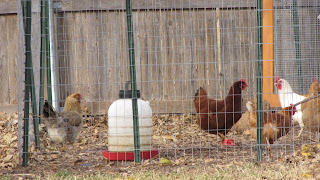 I've been saying for months that I am moving to Massachusetts, even to the point of telling the people at work I would be going so they would have time to prepare for the day I would no longer be there. I have a big workload, part of which are things that literally no one else in the building knows how to do. This is not because it's Rocket Science, or because learning to do these particular things requires a Big Brain or psychic powers. It's just that no one has needed to do them because I have always done 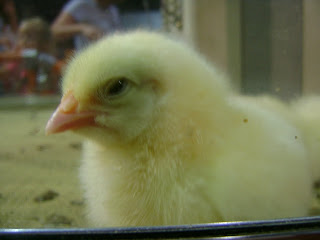 them myself. I'm pretty sure that they will not be able to replace me with a single person and I doubt that more than one new hire will be approved. I have worried about this and tried to prepare everyone for what would happen.
Over the last few years my workplace has changed. The company has grown in numbers and corporate culture has changed. Although in my immediate department I am doing the same sorts of things and working with essentially the same people it's not at all like the same company I joined fourteen years ago.
This month I gave my boss notice with a specific date. I now know when I will be leaving, and where I will be going. I find that I am thereby liberated. I no longer have the illusion of interest or control over how I am replaced and frankly I really don't care. I'm surprised that's all it took.
I'm not concerned about my job anymore. I'll get things completed that need to be, teach whoever is willing to learn what I can, and move on. My main concern now is whether I might have a couple a chickens by this time next year.
Posted by Cinderellen at 4:36 PM 1 comment: 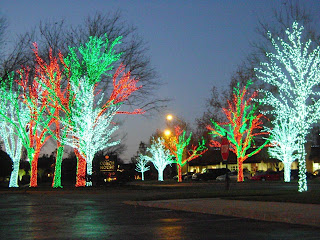 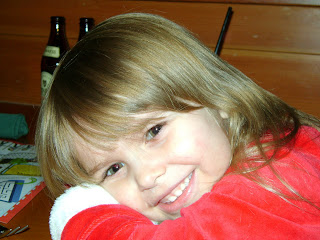 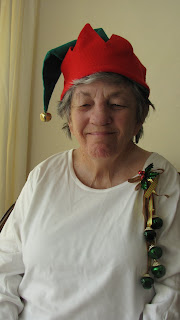 There are a few people on my yearly Christmas list who are not in my immediate family. They were added over the years as their circumstances changed and I thought their holidays would be better if they had just a few more gifts. Over the year I think about them when I assemble my gifts and try to choose something suitable. As I have given them more thought they have become dearer to me. Scientists are finding out amazing things about the human brain. One of the most interesting to me is the idea that the stimuli go both ways - a frightening thought makes the heart beat faster, but the heart beating faster also makes the brain feel anxious. I think it works the same for gifts and compassion. I know I will be adding more gifts to my bin suitable for the children and adults who have so much less than I do and giving them and their situation more thought during the year. I hope you will too.
Posted by Cinderellen at 8:08 PM No comments: 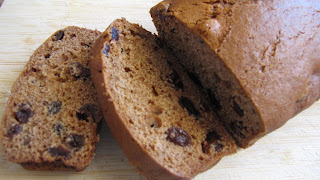 My mother is not much interested in cooking, but baking is another thing altogether. That's probably why all of the recipes I learned at home and still use are for sweets of various kinds. Mom and I are united in the desire to find an adopt a well balanced all cookie diet. If it's not all cookies it could include quick breads or cake, with pie as an occasional break. She came by the taste honestly - her mother liked to bake too. My grandmother was from Ireland, and made very good soda bread with no measurements whatsoever. Mom tried, but was unable to master it from those vague instructions (although my nephew Chris apparently has the knack of it). Luckily one year (probably 1967) the Columbus Dispatch newspaper featured a recipe that although nothing like my grandmother's soda bread satisfied us, and still does. I think it's much better than banana bread, and just as easy to make. I have to warn you that this makes a large quantity, so I seldom make more than a half batch. A full batch overwhelms the capacity of my Kitchen Aid Artisan bowl, so if I am making a full batch I mix the batter in the mixer, then combine with the raisins in another much larger bowl.
Brown Irish Soda Bread
6 Cups Raisins
7 Cups Sifted Flour
1 Teaspoon Allspice
4 Teaspoons Cinnamon
2 Teaspoons Nutmeg
2 Teaspoons Salt
4 Teaspoons Baking Soda
1 Cup Butter, room temperature
3 Cups Sugar
6 Large Eggs
2 Cups Raisin Liquid
Cover the raisins with boiling water, and allow to cool to room temperature. Drain, reserving 2 cups of the soaking liquid.
Mix the dry ingredients together and set aside.
Cream together the butter and sugar. Add the eggs one at a time, beating well after each addition.
Add the dry ingredients in three parts, alternating with the raisin liquid. Stir into the drained raisins and blend.
Divide into 4 8" loaf pans and bake for about 2 hours at 350 degrees. The time is approximate because there is a lot of liquid in the raisins, and when you are using such a large quantity of eggs you may have a wide variance in volume depending on the size of the individual eggs. It will never take less than an hour, and never more than 2. Past that you're on your own! When you start smelling the bread test with a toothpick to give you an idea of how far along it is.
You can use any kind of pans you want to substitute - two 10" tube pans, 6 of the medium disposable foil loaf pans, divide it into individual pans or make muffins - whatever . Just adjust your cooking time accordingly. Test with a toothpick for doneness. Cool completely before slicing. This bread freezes beautifully. If you slice it before you freeze it you can slip a piece out any time you like!
Posted by Cinderellen at 5:49 PM No comments:

The world has gone mad. President Obama is mad at liberals for wanting him to act as he promised. Apparently when the secrets of major banks are about to be revealed freedom of the press is null and void. The Department of Homeland Security will have video terminals at W*lM*rt. I will now turn my attention to penguins instead of politics.

Live Penguin webcams here and a nice list of them here. Enjoy.
Posted by Cinderellen at 8:24 AM No comments:

Jonathan Coulton has a nice touch with a catchy pop song, even without the clever lyrics. This video is a particularly nice example:
Posted by Cinderellen at 7:59 AM 1 comment: