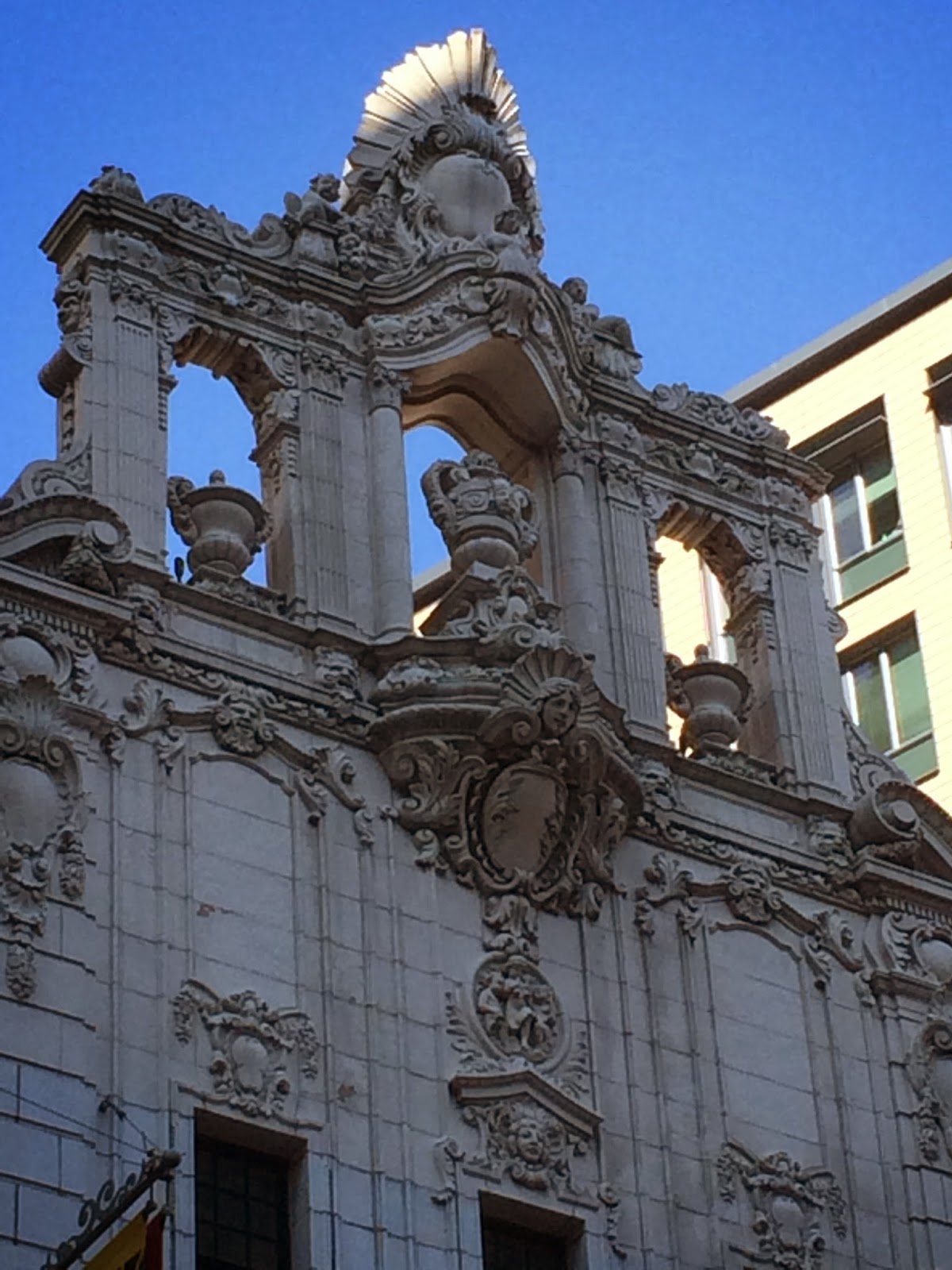 Yesterday Shana and I took advantage of the fine weather to play tourist in Boston. We wanted to go into town for the day and had no specific goal except for my desire to eat at the Union Oyster House, so we bought tickets for a guided Freedom Trail tour and went for a little walk around town after a coffee and a circular trip around Chinatown. I have no bump of direction to speak of so I let Shana get us from our car to Boston Common, only to find out that she does not have a bump of direction or a marked ability to read a map. Together we are a disaster on foot! I am capable of reading a map, however, so once I took over we were able to find our way. We stopped at Brattle Bookstore for a look around,  mainly because I am incapable of walking past without going in, but I restrained myself from purchasing anything. Shana was getting sneezy from the dust, so I was probably spared from purchasing only because I did not stay long enough to activate my book lust. 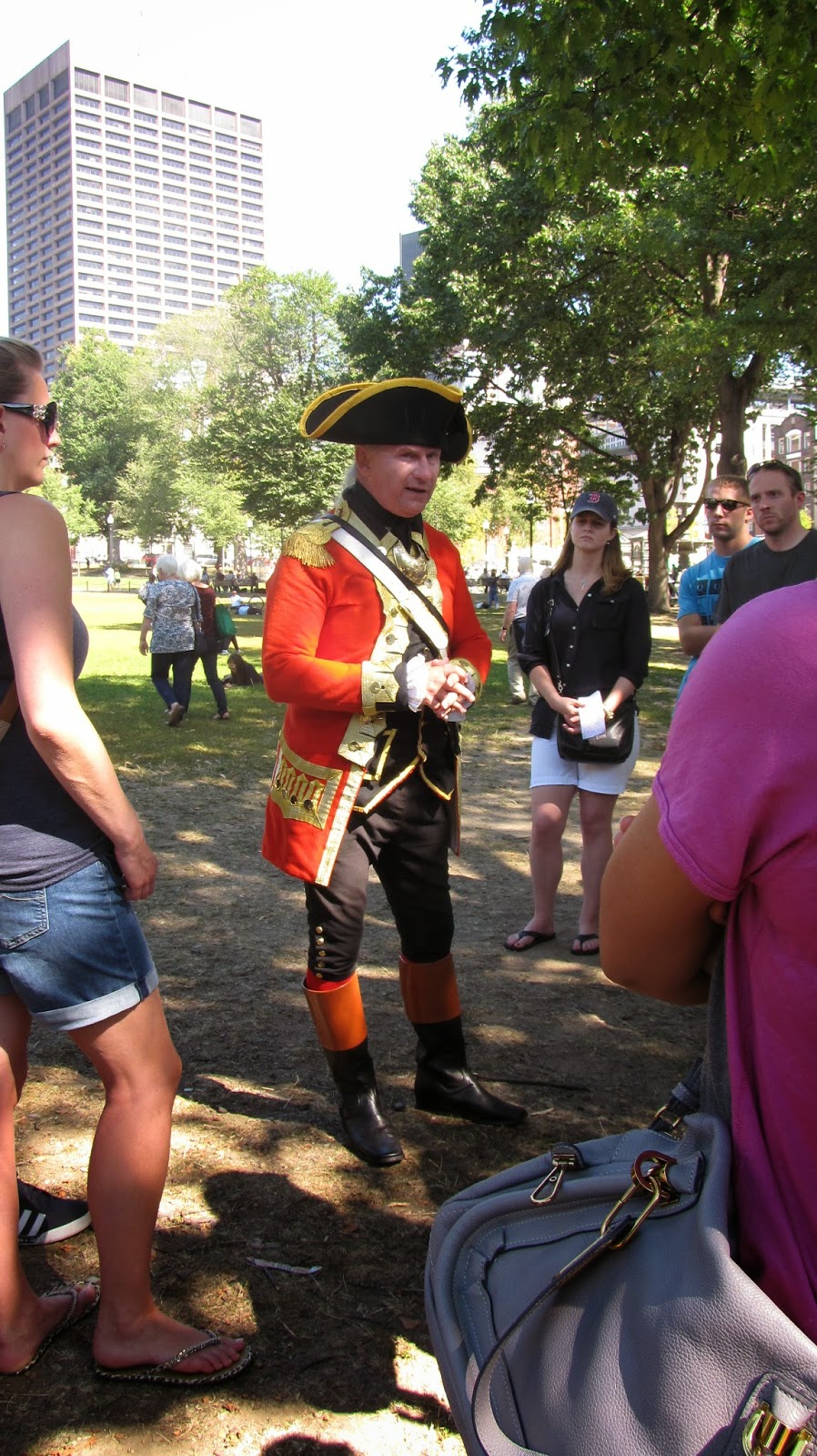 There are a lot of  Freedom Trail tours you can choose from in a full range from basic to deluxe, including a very good phone app to accompany a self guided tour and a guided private family tour.  Even the Duck Tours follow the Freedom Trail. You really don't need a tour at all, or you can just stop at randome places along it, because the Trail is obvious and the markers informative. We chose a guided tour with a fair sized group led by a history teacher kitted out in a complete Redcoat uniform. This tour is operated by Lessons on Liberty, and our guide was Michael Szolka, who seems to specialize in poking a hole in the common tropes of American History. He has taught history in High school and college for many years and has a great style - very conversational and I think every tour you take with him might be a little different.


The Freedom Trail in Boston is marked on the sidewalks with either a painted red stripe or more usually with a red brick stripe on the sidewalk. It's very easy to follow and I highly recommend it. Our tour did not stop at every feature, but stopped at several for an interesting  in depth talk about some of the history we did not know, including some of the things happening outside of our country that affected the Revolutionary War and the outcome. It was great to have someone with a comprehensive grasp of the history of the time with us. Even though the group was rather large I felt like we all got a great tour. The lectures in the Granary Burial Ground were especially informative and interesting.

After the tour we stopped at the Green Dragon Tavern for a pint, then around the corner for a meal at the Union Oyster House, America's oldest restaurant. Union Oyster House is well worth a stop, even if you are disinclined to eat oysters. The clam chowder is stellar, and all of the seafood dishes are perfectly cooked. It's fun to walk around the restaurant and check out the art, memorabilia and decor, including a plaque in John F. Kennedy's favorite booth. 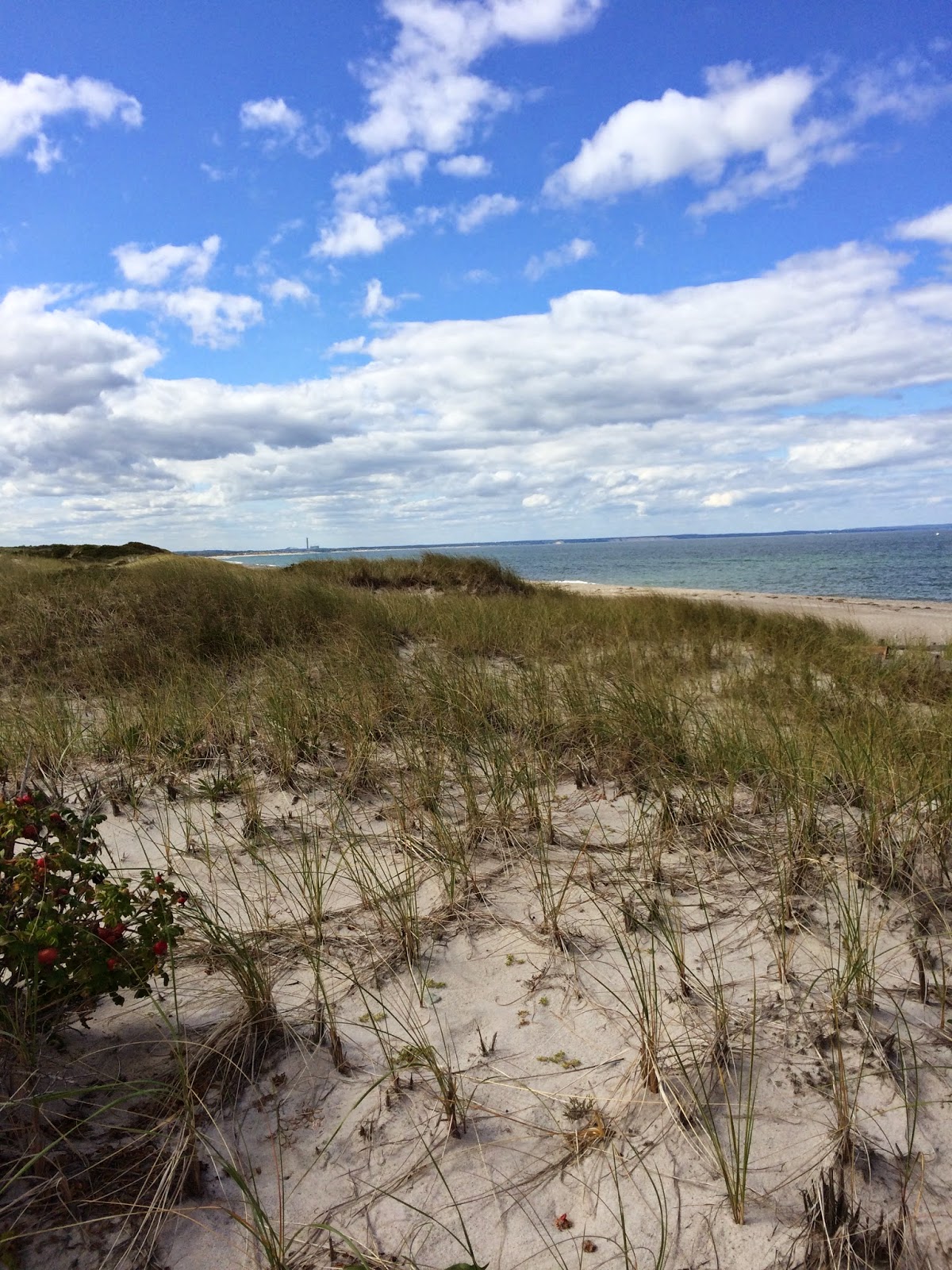 Looks like fall is really here. I am seeing posts from my friends telling about walks on the beach with their dogs, traffic is light again (at least during the week), and the nights are cool.

Shana is experimenting with putting up reserves and relishes. Turns out that with a  flat surface stove you can't do water bath canning because of the risk of uneven heat (apparently the heat cycles up and down to maintain temperature) or damage to the stove top. Overheating can cause the stovetop to break, which would make your batch cost $1,000 by the time you repaired or replaced the stove. This would not be acceptable, so it's out to the deck to can on the ever handy Coleman stove. This strategy seems to work fine, since seasonal produce is available now and the weather is good enough for outdoor cooking. She is sticking to relishes and pickles with jam being also under consideration. We will not be experimenting with any produce likely to harbor botulism. 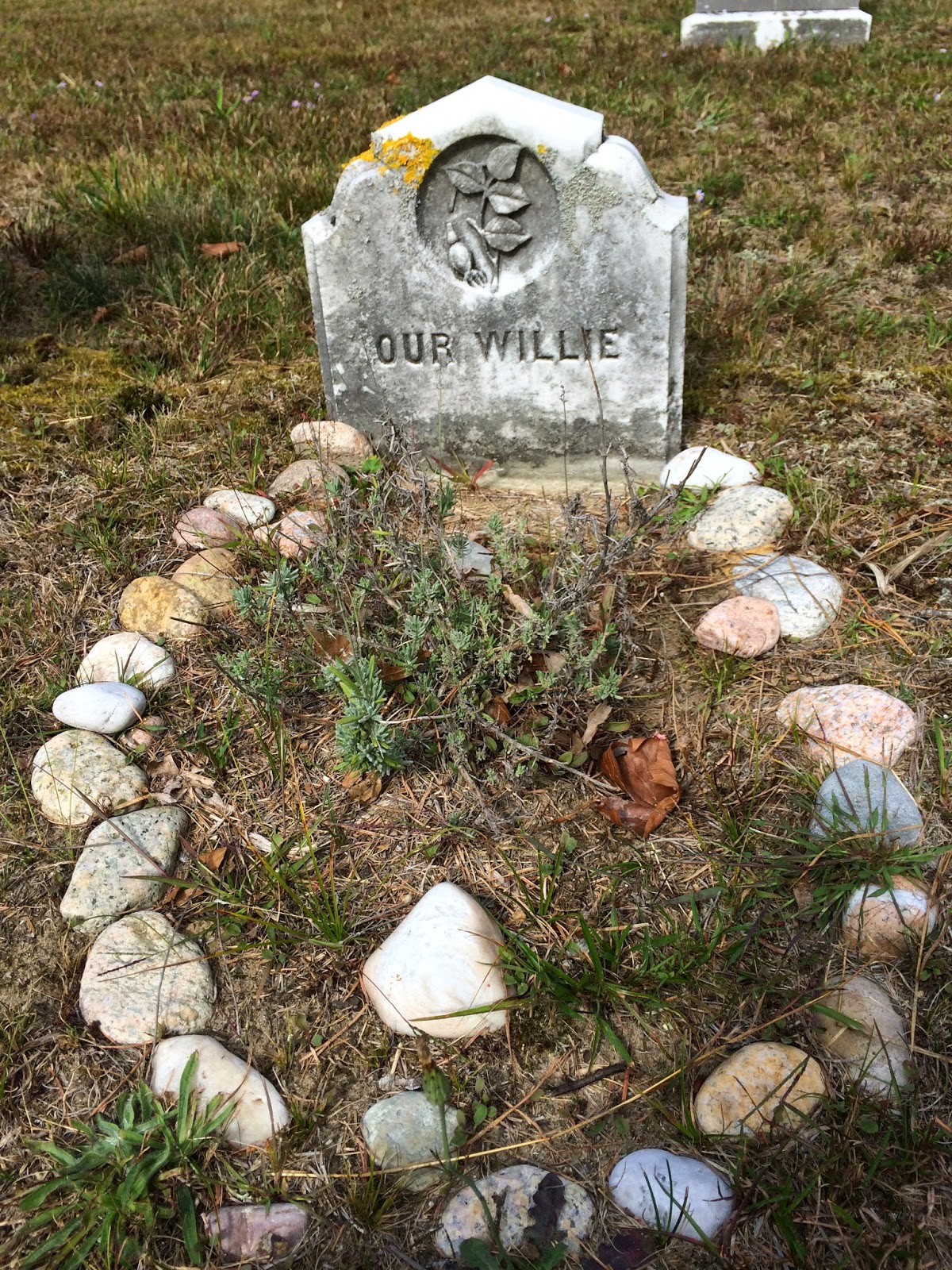 I'm enjoying the chance to visit beaches that are normally unavailable, and taking advantage of the light traffic to pull over anytime I see something that catches my eye without fear of being rear ended. Old cemeteries are a favorite, and there are a lot here of all sizes. So pretty and so peaceful. A lot of them don't have vehicle access, so I just pull over on the side of the road. This is not always a good idea in season when the roads are full of people who do not know where they are going.

I don't think we will have good fall color here on the Cape. We have had a very dry season which will likely give us a lot of boring brown leaves. Looks like we will be taking some fall day trips to enjoy fall color (and hit the farm stands for cider!) Shana has suggested apple picking, but this is really not an option that appeals much to me. Anything that creates work in the name of entertainment is suspect. We'll see. Crisp New Hampshire weather might make me reconsider.

Posted by Cinderellen at 2:03 PM No comments:

I often have to remind people what Unions have done for them: the 40 hour week, OSHA, uneployment insurance and so much else. Here's my yearly union song - a playlist of Old School union songs.

By the way, the power of Labor has recently been demonstrated by the workers and customers of the local Market Basket grocery chain.
Posted by Cinderellen at 1:19 PM 1 comment: