Fun on the Water 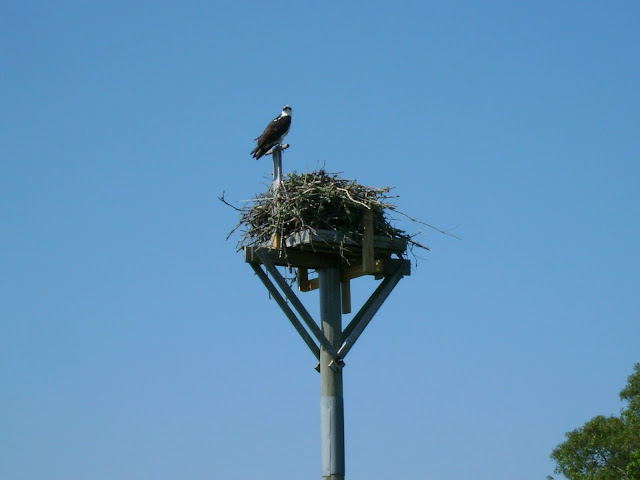 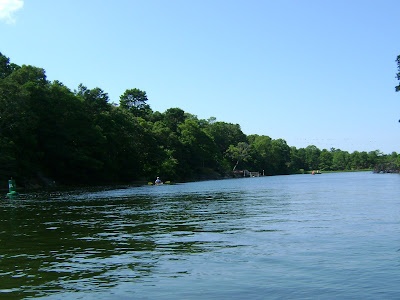 Summer continues in full swing, and the weather is hot and humid. In weather like this we like to be on the water, either on the beach or kayaking. Saturday was our beach day. We had not been out on our boats yet this summer, so Sunday we joined up with our friend Sue for a paddle on Bass River. We left the job of checking the tides to Sue, since she can be trusted not to make a hash of it. Because we wanted to paddle into the marshes we wanted to be sure to get there while the tide was still high enough for us to be able to paddle in and out. Shana and I already had our work cut out for us reassembling our rooftop kayak racks and remembering how to get the boats loaded up. Once again it was only a matter of extreme luck that we did not forget to bring our paddles along. 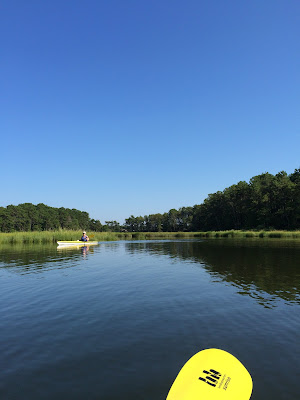 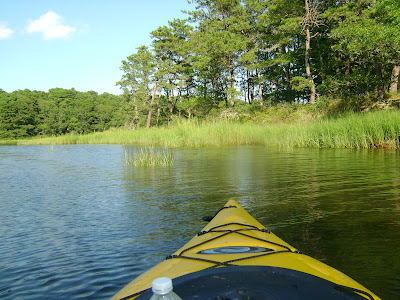 We put in at Wilbur Park in Yarmouth, which I liked very much. There was adequate parking (a rarity in season) and the area where we put in did not have heavy boat traffic. Once on the water we really enjoyed being out & about. In my opinion, Kayaking is a lot like cycling. You are outside where you can see, hear and smell everything, moving along at a human pace. My boat is so comfortable and convenient. Every time I get underway I wonder why we are not out on the water every weekend. If you stay out of the areas where most of the motorized boats go on Bass River you can have a lovely and serene experience, even on a hot day in high summer. We ran across a couple of motorized boats which were either rentals or owned by extreme novices who did not know how to use channel markers (Keep the red buoys on the right, green on the left) but since they did not actually run us down they were not much of a threat.

Shana and Sue went for a swim once we were finished with our paddle and pulled the kayaks out of the water. Once we were loaded back up we hit Original Seafood for fish & chips - paddling for hours is hungry work. Sue recommended Original, and a good suggestion it was. Fresh, delicious and in generous portions. I had my leftovers for dinner the next day and still did not finish the serving.

When I went to load up my pictures from the day I ran into my first major problem with Windows 10. It refused to read my SD card. I though perhaps I might try hooking my camera up via the USB port, but of course the battery was out of juice and I could not find my charger. Of course the charger was in the suitcase I took with me when we hid from a blizzard in Falmouth last winter. I thought that once the battery was charged I could import the pictures with no problem. Imagine my surprise when that would not work either. Apparently Windows 10 defaults to "You Shall Not Pass". No one has file permissions. Once that issue was addressed, and I rebooted four or five times success was mine. I do like the photo editing module on Windows 10, but some things leave a bit to be desired, 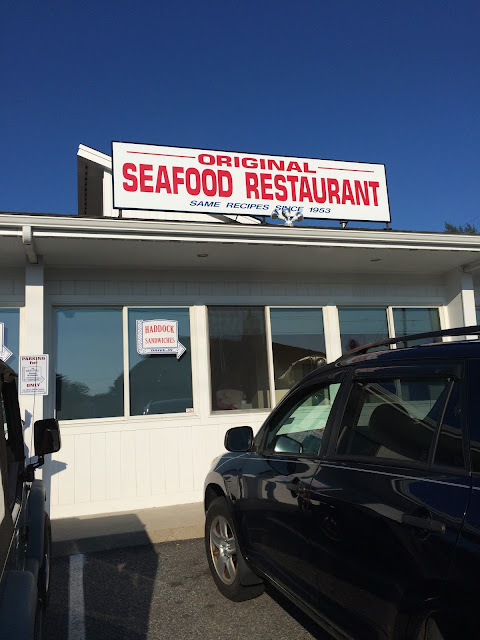 There is no doubt that Donald Trump is shaking up the Republican Party. Early on in his bid for the nomination it seemed the official position was that his candidacy was a ruse or a joke and therefore nothing to worry about. His obvious mental problems (in my unprofessional opinion undiagnosed Narcissistic Personality Disorder) and impulsive speaking seemed doomed to sink him. It was pretty clear that between the Kochs and the RNC Scott Walker or Jeb! Bush would be the anointed candidate once the formalities of the primaries was over. Since then Trump has been polling better than all other declared candidates. He's out maneuvered the RNC by saying that he would run as a third party candidate if they weren't nicer to him.

Enter FOX, the media arm of the RNC. They have to allow him at the debates. They claim to have a plan to get him under control if (when) he breaks the rules of the debates. And now - they have released some results of a focus group discussing Mr. Trump. I'm sure they have hosted focus groups to discus some of the other GOP candidates, but so far this is the one made public. I think it was meant to erode support for The Donald, to show the lack of unity among Republican voters, and to encourage potential voters to look at the rest of the field. Of course I could just as easily be wrong about this - I often think my opinion is so obvious it must be correct, only to find out that I am the only s=one who sees it that way.

Trump did not attend "Media Night" when all the candidates who wanted to come were introduced. It was probably a smart move on his part - they were all treated as equals and most of them looked embarrassingly weak. The ones who seemed most comfortable with the format are polling so low it does not matter what they did, and the front runners among them looked much worse than anyone could have predicted. Jeb! in particular looked uncomfortable.

This is the focus group video, should you be interested. I think it's worth a peek, as I find it eye opening to hear what people like about him:

I news of less national interest, I have completed the body of my Rhinebeck sweater - the "Must Have Cardi" everyone and their dog knit a few years ago. So far so good. I think the size will be OK and it is much easier to knit than it looks. I think the number of mistakes will not be evident.

We have called a Skunk Guy at great expense to remove the skunk living under our shed. I credit my neighbor's open compost pile for attracting the attention of the skunks and the rat another neighbor had visiting inside her house. So far we caught a baby skunk but no Mama. If we had a bigger property and the skunks were living farther away I would not worry about it, but since my shed is only about two feet away from our deck I can't let them stay no matter how beneficial they might be.

And a picture of general interest (which I actually may have posted before): 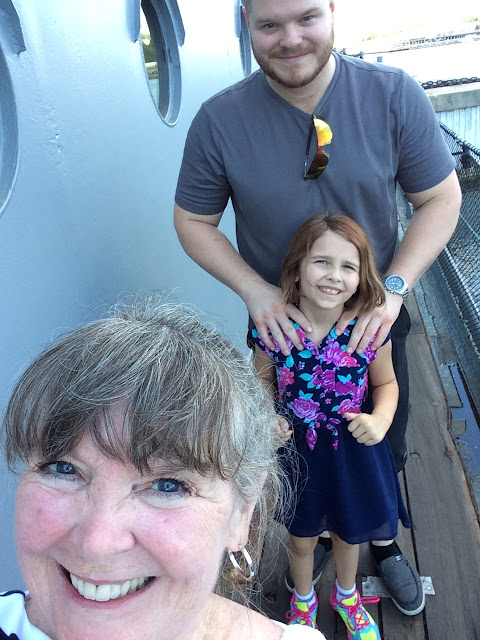