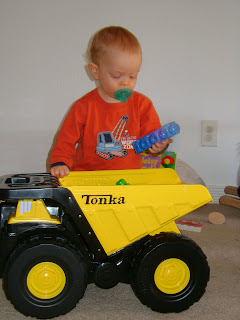 I'm back from my long weekend in San Antonio. Jennifer and I filled up the days and just about wore The Little Prince out. Friday when I arrived we headed out to a local upscale mall where we admired fabulous shoes and bags. I made a few urgent purchases at Sephora while Logan howled out in the hall. When I came out I had to send Jennifer in to admire (?) the makeup scheme of black eyelids and pink and yellow stars and polka dots my cashier had applied to her eyes. Macy's was having a good shoe sale, so Jennifer was able to buy a suitable replacement for a pair of shoes she had since about 1984 which had finally broken in half. Then we headed on to the local Cheesecake Factory where we discovered too late why it might be best not to completely fill the baby up with two different kinds of cheesecake.


Saturday I sampled the food at 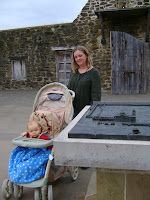 Henry's Puffy Tacos with Jennifer. We each ordered a puffy taco plate. My choice was carne guisado and Jennifer tried the chicken. The puffy tacos were just delicious. Jennifer had the refried beans, and I sampled the charro beans, which were excellent and full of jalapenos. We got a short order of flour tortillas for Logan and had to wait a little bit because they were being cooked. Jennifer thought they were the best tortillas she had ever tasted. The queso had the unmistakable flavor of Velveeta, but was also full of spicy peppers. By a lucky chance the restaurant was just around the corner from a Sketchers shoe outlet. We were forced to check it out before going any further. Jennifer got a big laugh out of me trying to carry two shoe boxes and the squrming Logan. He writhed around until he was hanging upside down from one arm while I tried to balance the shoe boxes on the other. It didn't stop her from taking her chance to try on shoes while she still had two free hands, though.


San Antonio has a lot of Spanish missions. I was hoping to see the Alamo, 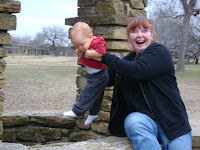 and one other. I thought if I tried to see them all in one trip I would not remember or enjoy what I had seen. Besides, I'm leaving some for future trips. We chose Mission San Jose, which I was very happy to visit. It was fairly easy to find, and one of the best restored in the area. We were fortunate to have cool, overcast weather and the mission was not very crowded, so we were able to dawdle around checking everything out. I was especially interested in the gristmill. but the whole complex was fascinating. This is the first mission I have visited, so it was interesting to see the scale and layout of the various buildings. 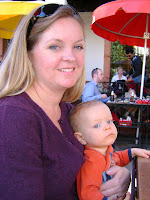 Sunday Mark was able to go with us to visit the famous River Walk and the Alamo. We went down for lunch, then visited the Alamo and took the (corny but interesting) barge tour on the river. The River walk is worth a trip - it's attractive in itself, and full of interesting people to watch. Rumor has it there are lots of galleries and the like, but because we had a few things planned to do and were on "baby time" we chose not to browse any shops. Instead after lunch we headed on over to the Alamo. Because the photographs that you usually see of the main building show it alone in the frame it is surprising to find it right in the middle of town, an easy walk from the River Walk. Visiting on Sunday as we were, naturally it was jammed with tourists. I was glad we chose to go the San Jose Mission first, because I had something to compare the Alamo with that 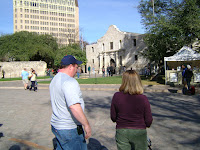 I had been able to explore at leisure. Historical reading boards abound at the Alamo, and every building still standing has displays of artifacts. The gift shop, like most museum shops, has beautiful objects along with commercial oddities. Along with the usual hats and T-shirts there were inexplicable items emblazoned with the image of the Alamo - I purchased a tin of Alamo Mints, but was mighty tempted by the microfiber eyeglass cleaning cloth with a picture of the mission on it!
I took a gob of pictures while I was there. Hop on over to my Flickr gallery and check some of them out. There are new pictures in Logan's set, also in Family Pictures and a new group for San Antonio with my sightseeing pictures.
Posted by Cinderellen at 9:20 PM