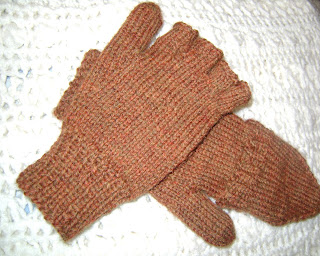 The local TV weatherman announced on the first of March that we were beginning meteorological spring, that is to say that the coldest months were now behind us and we could look forward to steadily warming temperatures. Astrological spring, that is to say the Vernal Equinox, is still a few weeks ahead of us. On Cape Cod spring comes when the waters of the Atlantic Ocean say it comes. The Atlantic moderates our fall and winter temperatures as well, but it's hard to be fair when it seems that winter will never end. Although I think we are past the chance of significant snow I have not yet returned the shovels to the shed. 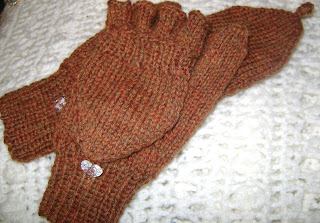 Today we are having yet another winter storm. The winter storms around here have come nearly every week and last at least two days. Here on the Cape we are having mostly rain with periods of snow. On the mainland it seems to be all snow. Here on the Cape we are buffeted yet again by high winds and destructive tides. With the number of storms that have lined up since the first of the year there are crazy numbers of trees down. I've lost a couple of fence panels, and I don't have the heart to go out in the yard yet to pick up all the small branches that have come down. I watched my neighbor's trees waving around all morning, but did not want to look at my own for fear I'll see one about to come down. 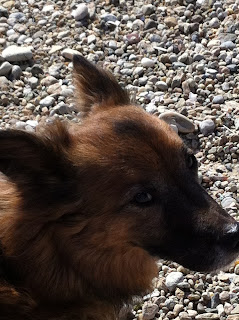 I have been working on my winter accessories, creating some of the extra warm and heavy duty items still lacking in my wardrobe. Another Eden Slouch hat of sturdy wool, knitted tightly for maximum warmth has joined its prettier but thinner brethren. I have also made up a pair of convertible mittens, the Juris Mittens featured in the Interweave Knits Accessories 2001 issue. I used Knitpicks Wool of the Andes for these mittens and the new hat. I had purchased a sweater quantity some time ago, and had instead made Jared Flood's Guernsey Wrap . That left me with a few spare balls to use in another project. For the very sensitive the yarn is a little scratchy in gloves, but quite tolerable for me. Long wear and durability are more important for this project, IMHO. The next pair will be from some navy blue Bernat Lana merino (a discontinued yarn) that has been lurking in deep stash for some time. I picked it up at half price (maybe lower?) about five years ago. There is enough there for a warm hat as well.
Posted by Unknown at 2:45 PM