Monday Night at the Fair 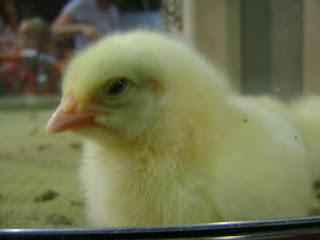 Monday night we went to the fair with friends. Sharon Jean wanted to see 10th Avenue North, a Christian Rock group. They were really good, and we were able to amble around the fair while still enjoying the music. 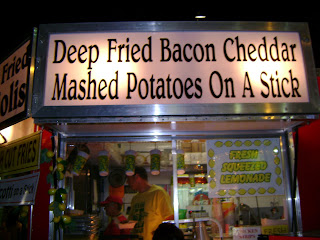 We checked out the chickens and bunnies, admired everyone's craft projects, ate all kinds of unsuitable food, lost money on games (Shana only!) and had a good time hanging out together. The combination of the crowds who came to hear the Christian Rock and it being Monday with no special cheap admission made for a very nice fair experience. There was only a small coterie of juvenile delinquents, the weather was perfect, and the crowds in general were quite small. I did not see any fights at all, which is something you cannot ever say on a weekend night. 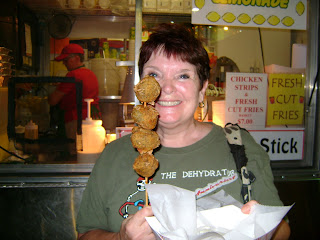 Some of the 4H projects were unintentionally hilarious. The one that particularly caught my eye was a stain removal project garnished with socks in various shades of tattletale grey. Several of the recycling projects were quite thought provoking - some were silly and others strikingly attractive and inspirational. My hand knit socks look every bit as good as any I saw on display. Perhaps I should be entering!
Posted by Unknown at 8:52 PM