Natasha and The Nun Try Therapy 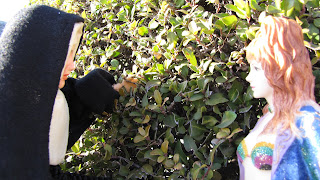 The Nun was nearly always trying to think of a respectable job for Natasha, although Natasha never asked her to anything of the kind. Still, the urge to do good was strong and as the Nun had few other entertainments it was hard to resist sounding her out about various brainstorms. Natasha rejected out of hand both of the healthy outdoor occupations The Nun initially suggested. She claimed to be "just not into" Cowboy or Shepherd as a career, although she was interested in meeting both cowboys and shepherds. Neither job supplied the chance for interpersonal contact or inventive wardrobe choices that she craved. As they stood around discussing the options in the park a passerby called out (not entirely kindly) that it sounds like they should try a little therapy.

That sparked a whole new discussion. Natasha liked the sound of it. She'd seen therapists on Oprah's show. The Nun questioned whether a person could practice therapy without a license. Natasha pointed out the delay in income that would result from the education and licensing process. A quick review of the Self Help section at the local book store revealed that lots of "experts" either had no credentials, or lied about the ones they did have. "Alternative" seemed to be the key. Who could say if you were doing it wrong if you made the entire theory and practice up yourself? Besides, what would make a person rich and famous faster than a new kind of therapy? And Natasha so wanted to be on Oprah's show. 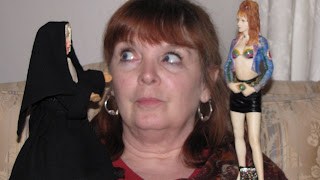 There were a few hurdles on the way to success in the field. For one thing, Natasha liked the idea of "group therapy". She figured it would be more fun than one on one. Since neither one knew how to attract customers, they decided to have the one client who offered to let them practice on her and a "group" of therap 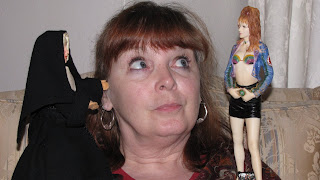 ists (both of them). It might just be the "new wrinkle" that would make their fortunes. Then there was some confusion about the meaning of "alternative". At first Natasha thought alternative was an important part 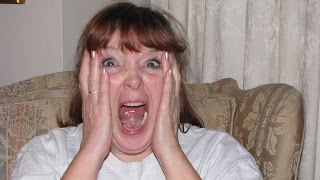 of the electrical system of a car. The Nun was pretty sure that could not be it. She imagined that it must mean the same as "alternating". She and Natasha would ply the client with opposite advice and see if that worked. It did not go well. The alternating approach made a pronounced impression on the client, but not at all in the way they had hoped. As Natasha's dreams of an Oprah segment dissolved, the client ran away.
Posted by Unknown at 6:52 AM