I my yearly Labor Day post, to remind everyone that Labor Day is not just the day the tourists leave Cape Cod and the end of summer vacation, but the day set aside to honor the American working man, in particular the American Union member. Unions are in grave danger these days, with many forces arrayed against them. Scott Walker has made a career out of union busting, as has every Republican since and including Ronald Reagan. If you like your weekend, your 40 hour week, overtime pay, labor protections for children, OSHA, NLRB protection (however ineffectual) against wage theft and other legal protections you owe it to the union movement. Don't let those gains go by the wayside.

If you want more musical inspiration, The Nation is featuring it's choice of top ten union songs here.

And a little seaside inspiration from the Head of the Meadow Beach. This is one of the Cape Cod National Seashore beaches, a national park created under John F Kennedy to preserve a beautiful part of our national heritage. I probably don't need to remind you that some people would like to see our priceless national parks sold off to private interests (but of course I WILL remind you). 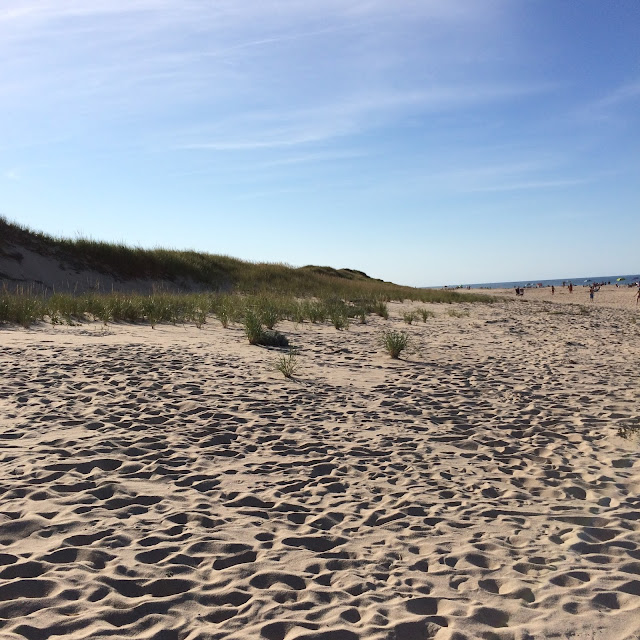 Thanks for the gorgeous photo, Ellen. And reminders about Labor Day. I so want to believe that America not drifting too far out to sea to swim back to a better place. Excuse lame metaphors...have a lovely day.

Thanks for the Labor Day post and the list of all the benefits that we fought for and got for everyone in a company, not just union members. From an old union picket line walker, thank you!