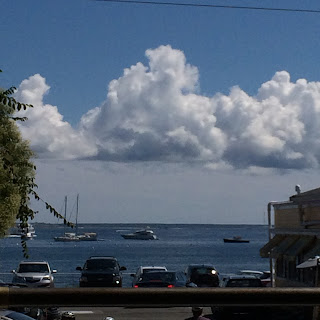 My Holiday Knitathon has started. Actually I already have a few items in my gift inventory but I am getting more serious about it. Last weekend I spent two hours of car time working on a sock only to decide I hated it. This sock has now turned back into a yarn ball. No matter how fast you knit or how many hours you have put in, you can't improve a project you hate. If I hated the finished object I would not feel right giving it to someone else, so I would then own a pair of hated (but hand knit) socks. Just wouldn't do. Incidentally, this reluctance to give away imperfect or hated items leads to me wrapping up all my knitted gifts, which are nearly perfect and appealing, with deep regret. 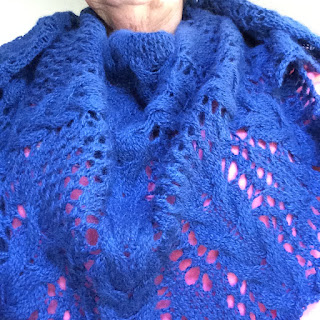 I'm still not finished with my Must Have Cardi, but it will be done in time for Rhinebeck. I did block my Croeso Shawlette, which was knit with a gift of beautiful blue alpaca from my eldest daughter. The knitting had been finished for months, but I put off the blocking as long as possible. On the subject of this pattern: it is a free pattern, and not from a professional designer. I have read that the stitch count as printed differed from the garment in progress. I really can't say, because I mainly followed the repeats by section. The instructions for the center portion were initially confusing - the section it says to knit twice does not mean twice in a row. Once I twigged to that it went smoothly.  If you read the entire pattern before beginning and keep the picture of how the shawl is to look firmly in mind there should be no trouble. If you like free patterns you have to keep in mind that those patterns were probably not test knit or tech edited. You are the one doing that.

Mitzi is taking over more and more of the doggy responsibilities since Roxy is gone. I showered today after mowing my lawn, and as I was squeegeeing the door I was startled to see her laying on the rug outside the shower door. She's never done that before, but Roxy always did. 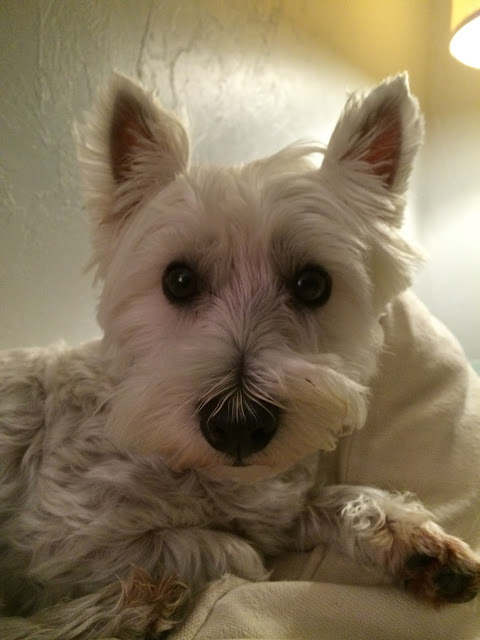