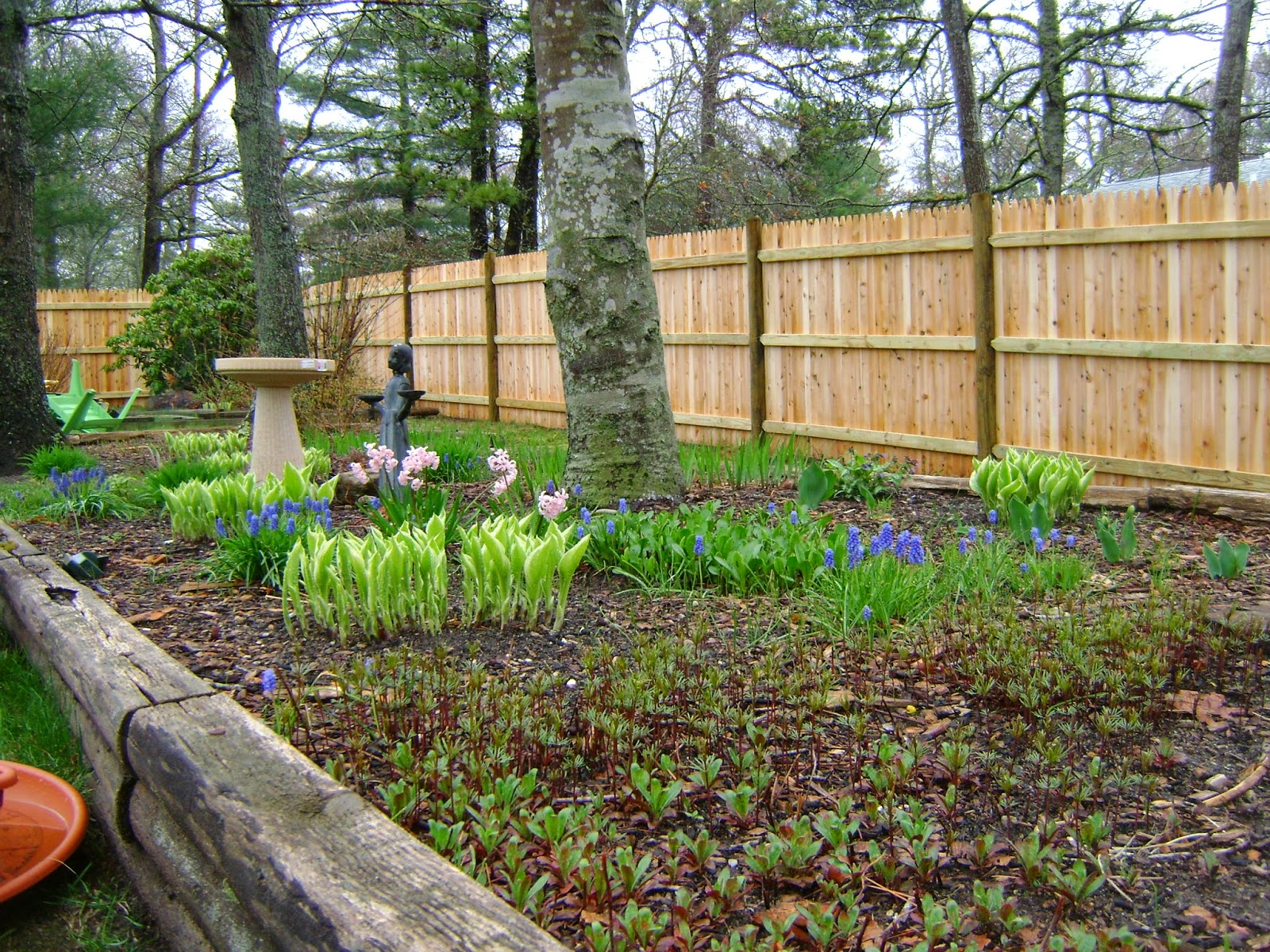 This year, the year of Endless Winter, I thought my garden was getting way behind. Comparison with last year's garden photos suggested that maybe things were not so bad, so however boring the pictures might be I am posting them here and over at my Flickr gallery for future reference. That way I will not be in a continual state of panic over the state of my garden. 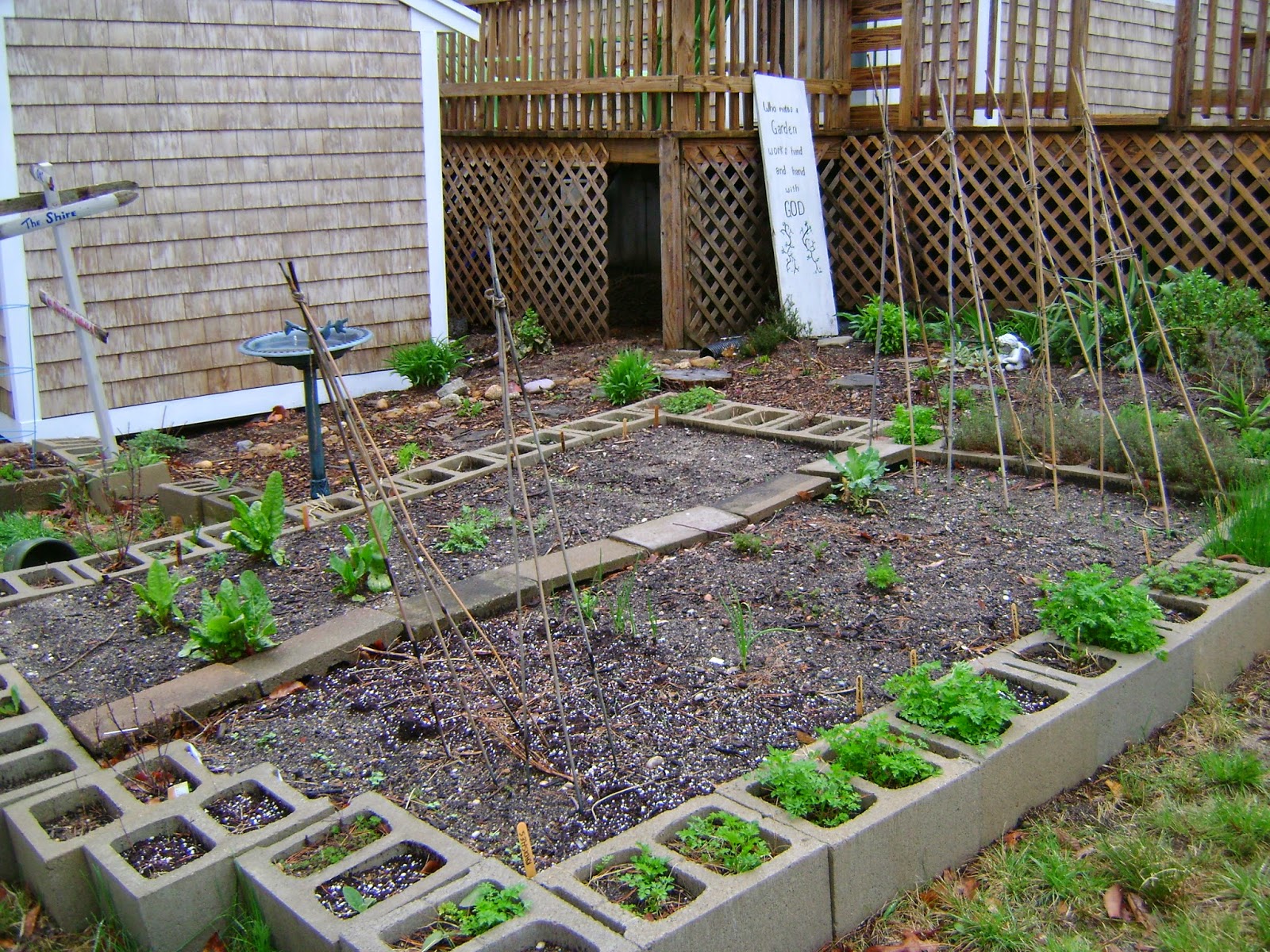 Things in the yard are looking a bit messy. The fence is half up, not to be finished until tomorrow because this morning we had a large amount of rain.  New panels vie with decrepit old panels for laying around space. The things my neighbors were hiding along their side of the fence are revealed. Nearly everything that lives on the deck is strewn around the yard because the rain is also delaying house painting. The house and deck have been washed, the gutters are cleaned, and the primer coat is on the trim, but until the weather improves we can go no further. 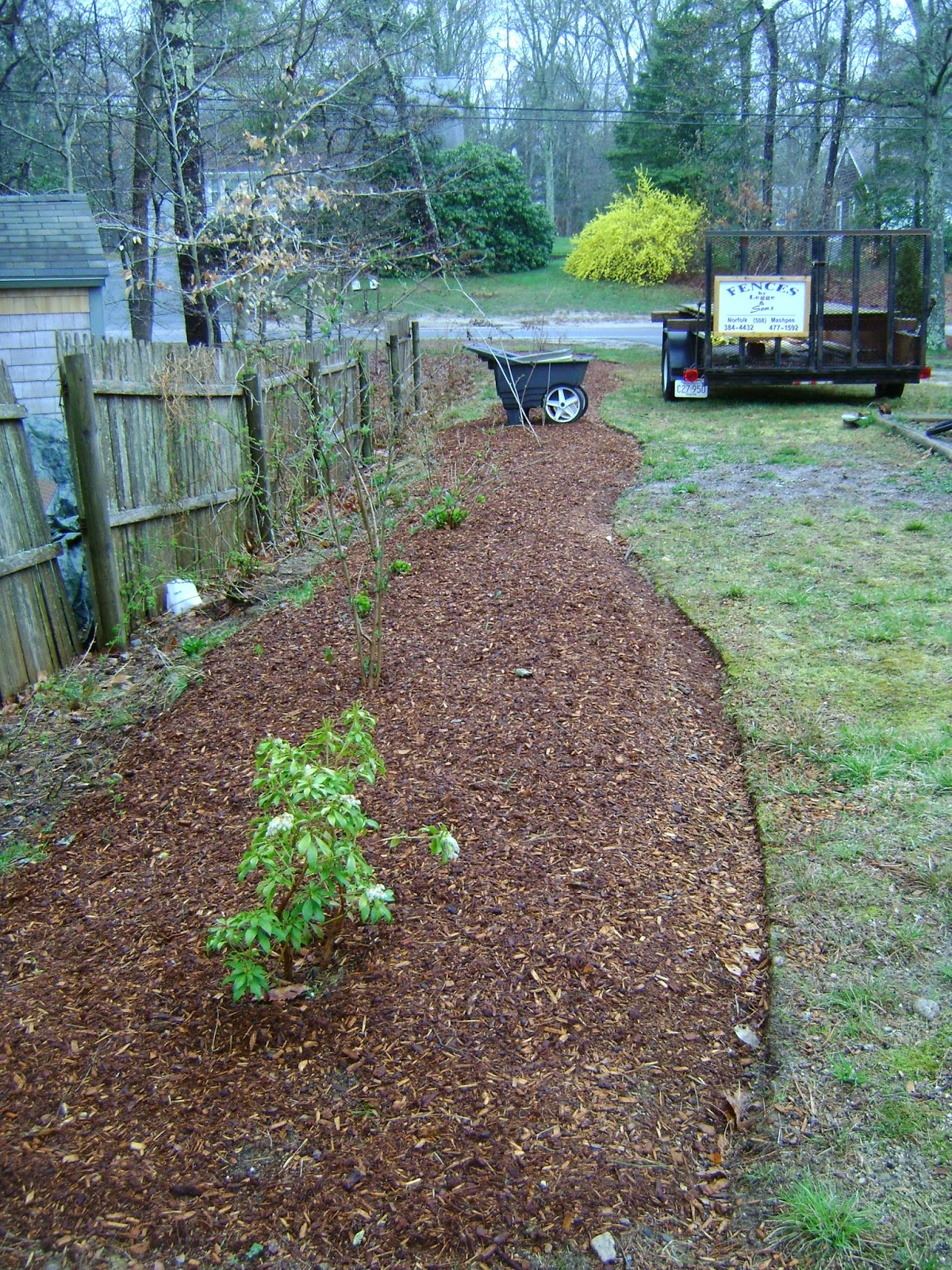 Our trees and shrubs are still not leafed out, although the trees are in bud. The hydrangeas have started to leaf out just enough to assure me that none died over the winter. Some of my hostas are up, but given the fact that apparently they invite the heavy boot of workmen that may not be the best thing for them. The most exciting thing so far is the Solomon's Seal that I took from my mother-in-law's garden.  Last year it had increased some from the first year so I knew it was going to survive. This year it has really increased even more and is coming up looking big and healthy. So far I seem to be having less luck with heuchera. I think I will have to put something else where those live. They haven't exactly died, but they are far from thriving.  In the veggie patch chard is growing with some enthusiasm, parsley, chives and thyme are leaping out of the ground, and the radishes, collards, peas and  lettuce have germinated. Last year's carrots are sprouting new leaves. I'll be planting bush beans this week upon advice from another local gardener.


In early spring every year I swear I am going to give my forsythia a drastic pruning because it is just huge. Then it blooms and I understand why I have let it get to such a size: 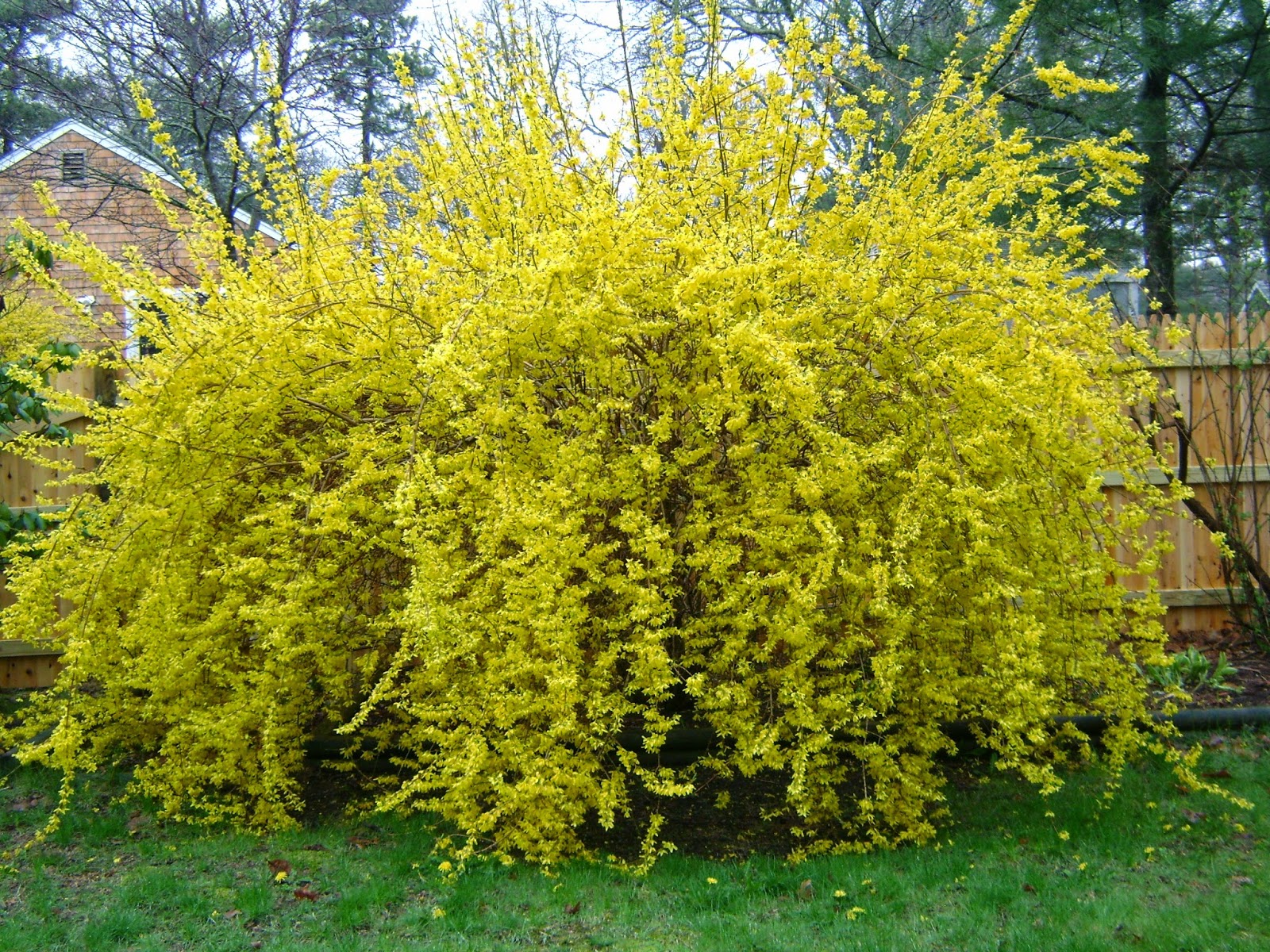 Looks wonderful to me!!