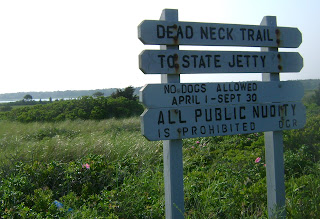 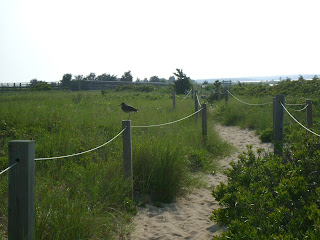 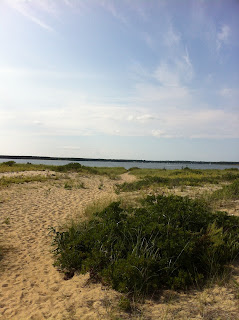 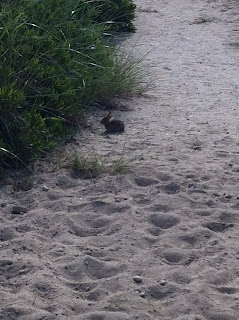 This solitude must be why several signs point out that public nudity is prohibited. I had to push the boundaries of public nudity today by removing my shirt (I was wearing a bra) to use it as a fly swatter because of the famous greenhead fly, which was present today in large numbers. I am lucky enough not to be appealing to mosquitoes, but flies have no such reluctance to feast on me. The beautiful salt marshes that border so many Cape Cod beaches do not contain mosquitoes but are instead the home of the dreaded greenhead. Greenheads are notorious biters and may be the only thing that stands between the residents of Cape Cod and billions of tourists. They swarm the beaches in large numbers and bite like crazy. In addition to Deet, Tanqueray gin is rumored to be an effective defense which I will be trying out. I think gin has the dual virtues of being cheap and also not absorbing into your skin.
Posted by Unknown at 6:42 PM

Lovely!!! If you drink enough Tanqueray, you won't care about skeeters!!!! LOL

If you leave the bottle open will they drown themselves in it by the billions?