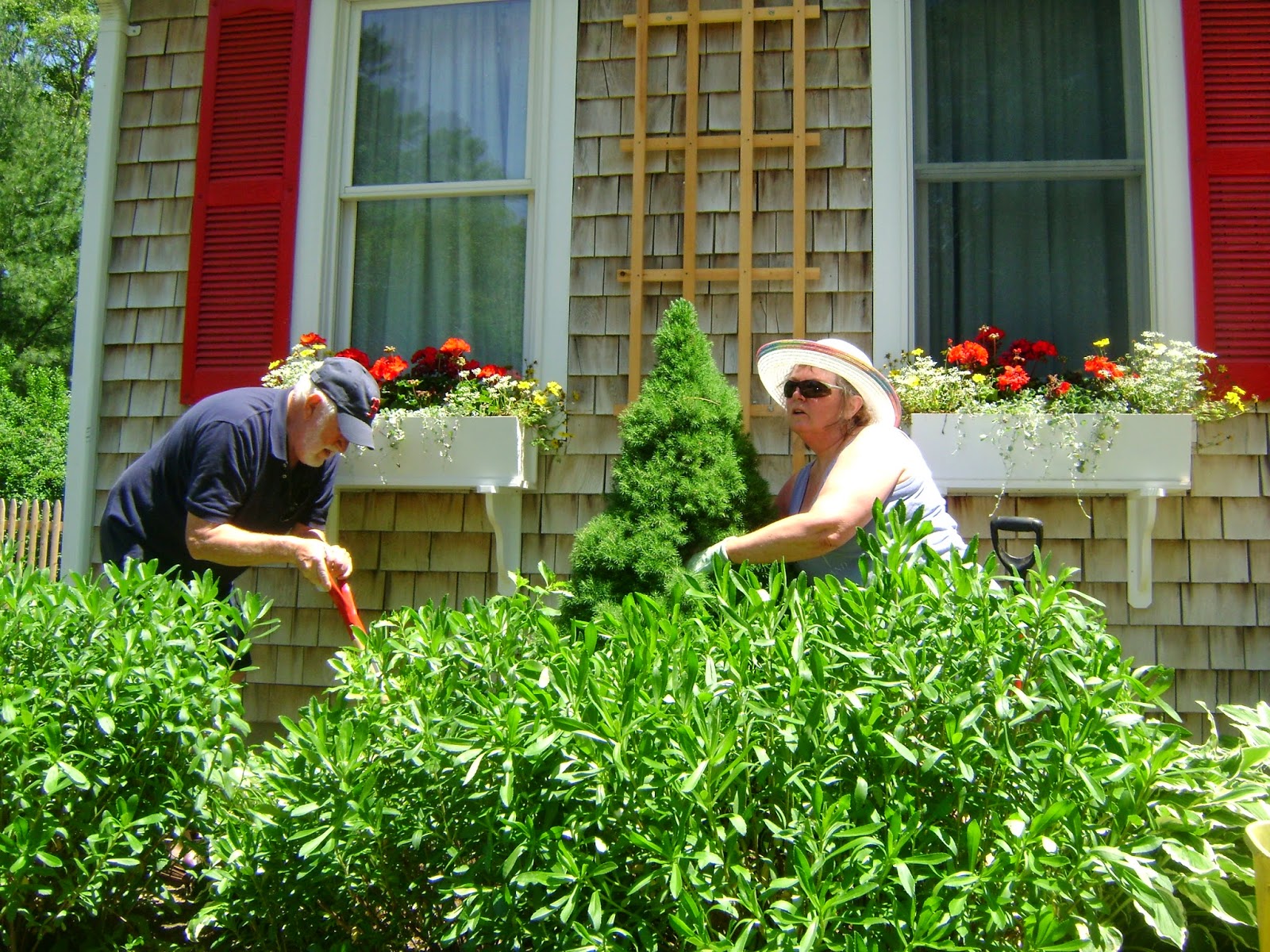 Yesterday I took advantage of my Father in Law's visit to move a couple of sizeable shrubs from the front yard to the back yard. There were two dwarf Alberta Spruces installed as foundation plantings shortly before we bought our house. I'm sure they were designed to improve the curb appeal of the house, and they are very nice shrubs, but they were not at all what I wanted there. Even though they grow slowly and will only reach 10-12 feet tall over the course of 30 years, I don't really want large evergreens so close to the front of the house. What I want is cascades of New Dawn roses. I have the roses and the trellises in place; all that was required was the retirement of the existing spruces. I was prepared to lop them off at the foot if I was unable to get them out, but John was willing to get in there with the fork while I dug around the base. We were able to move them to the back fence, where they will anchor next years project if they survive the move. I had thought we might dig out the extension to my front beds while he was here, but I decided I did not want to break my helper and guest! 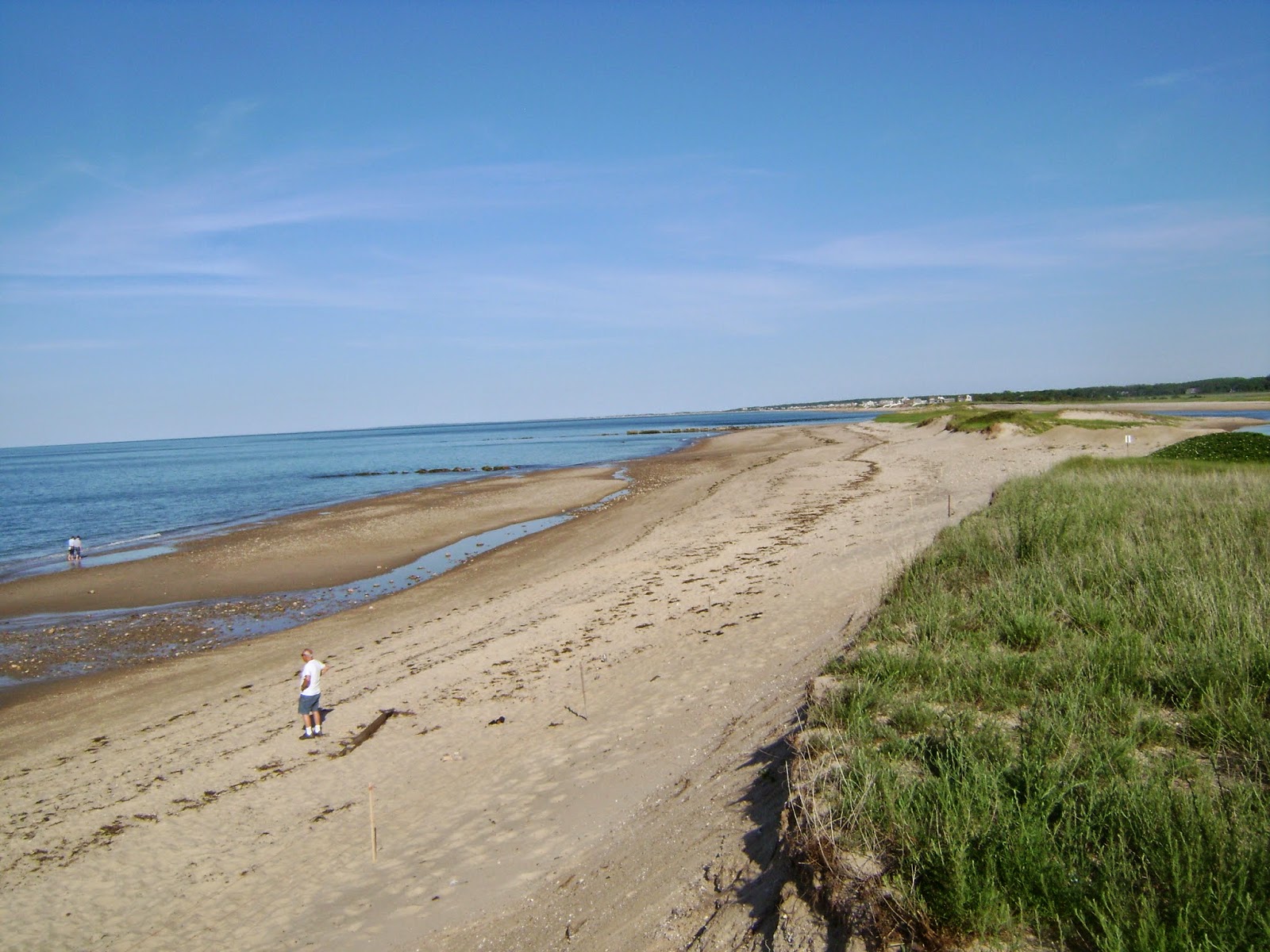 Before dinner we went up to Sandwich to walk down to the beach on their beautiful boardwalk across the marsh, taking Roxy with us to provide her with an entertainment that did not involve leading me repeatedly to the treat cupboard. We could not take her down to walk on the beach, much to her disappointment, because dogs are banned from the local beaches from June 1 to Labor Day. During that period the beaches can be crowded, and we do not want the tourists to be offended by the sight of DOGS. 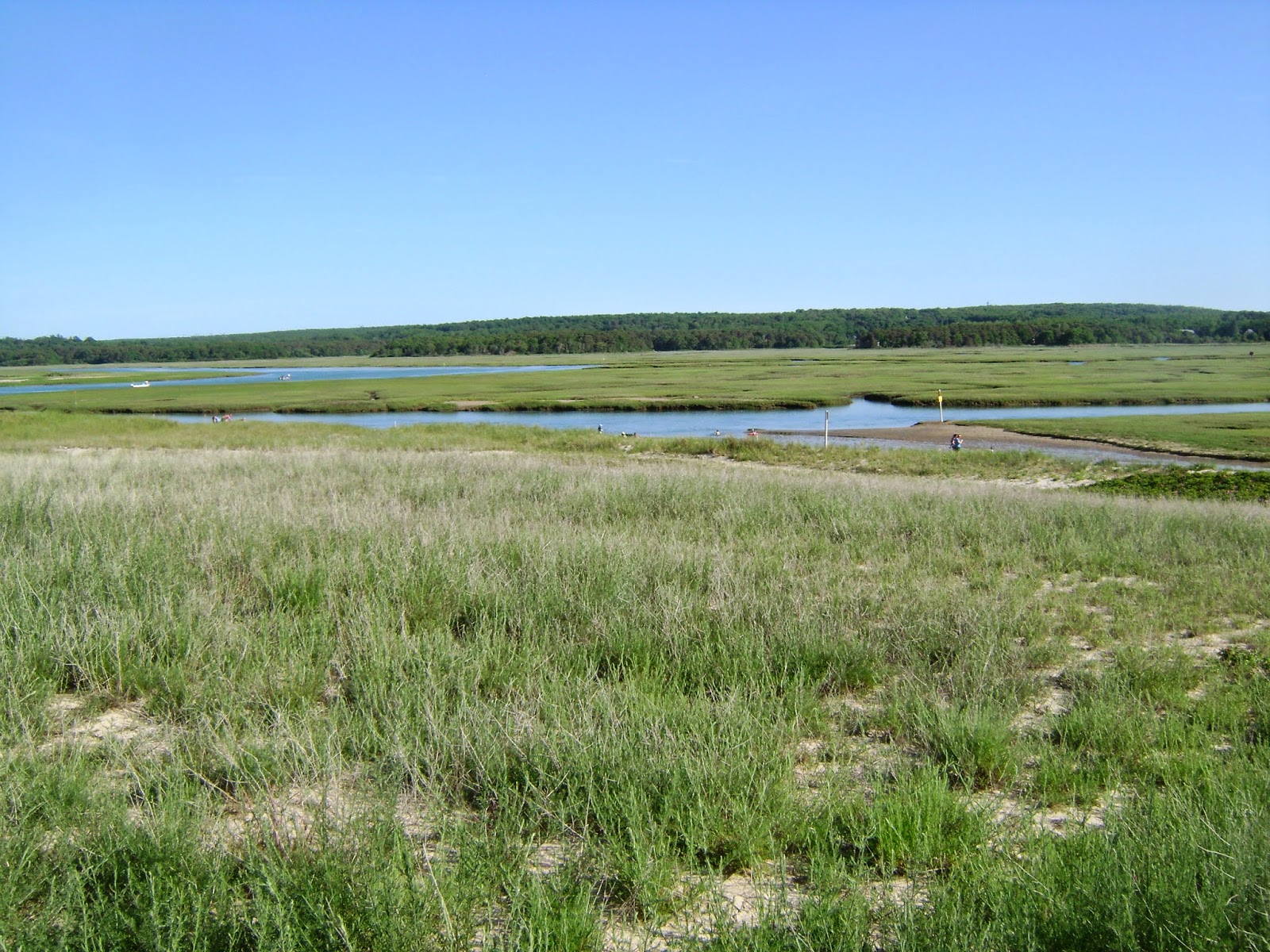 When we left Sandwich we drove down to South Cape Beach to see what was happening down there to the parking lot. It's still very much under construction as the repairs to the parking lot were just approved in late March. Storm damage in recent years have really taken their toll, but because the parking lot there is between the beach and the marshes a lot of environmental issues had to be addressed. We'll be short of parking all summer but next year accommodations will be much improved.  Underground piers will resist future erosion on the shore side of the beach.