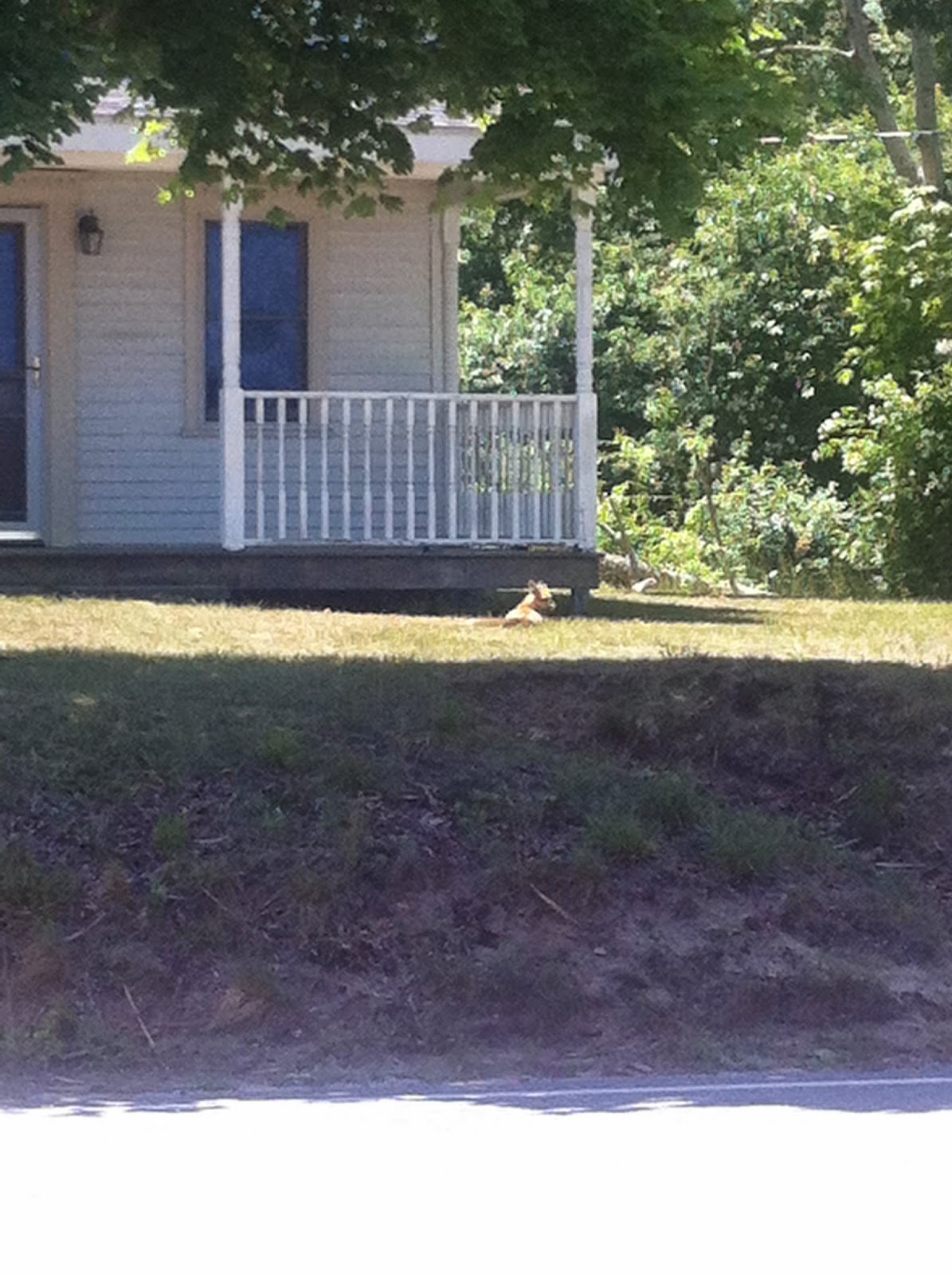 While we were visiting Vermont last month one of the few souvenirs we picked up was a little set of cues for several country cycling routes of various lengths and degrees of difficulty.There is something to be said about novelty when you are out for a day on the bike, but I enjoy riding the same route many times every bit as much. Even on my usual route each ride is different. The wind strength and direction is different, the weather varies, I run into different people every time. 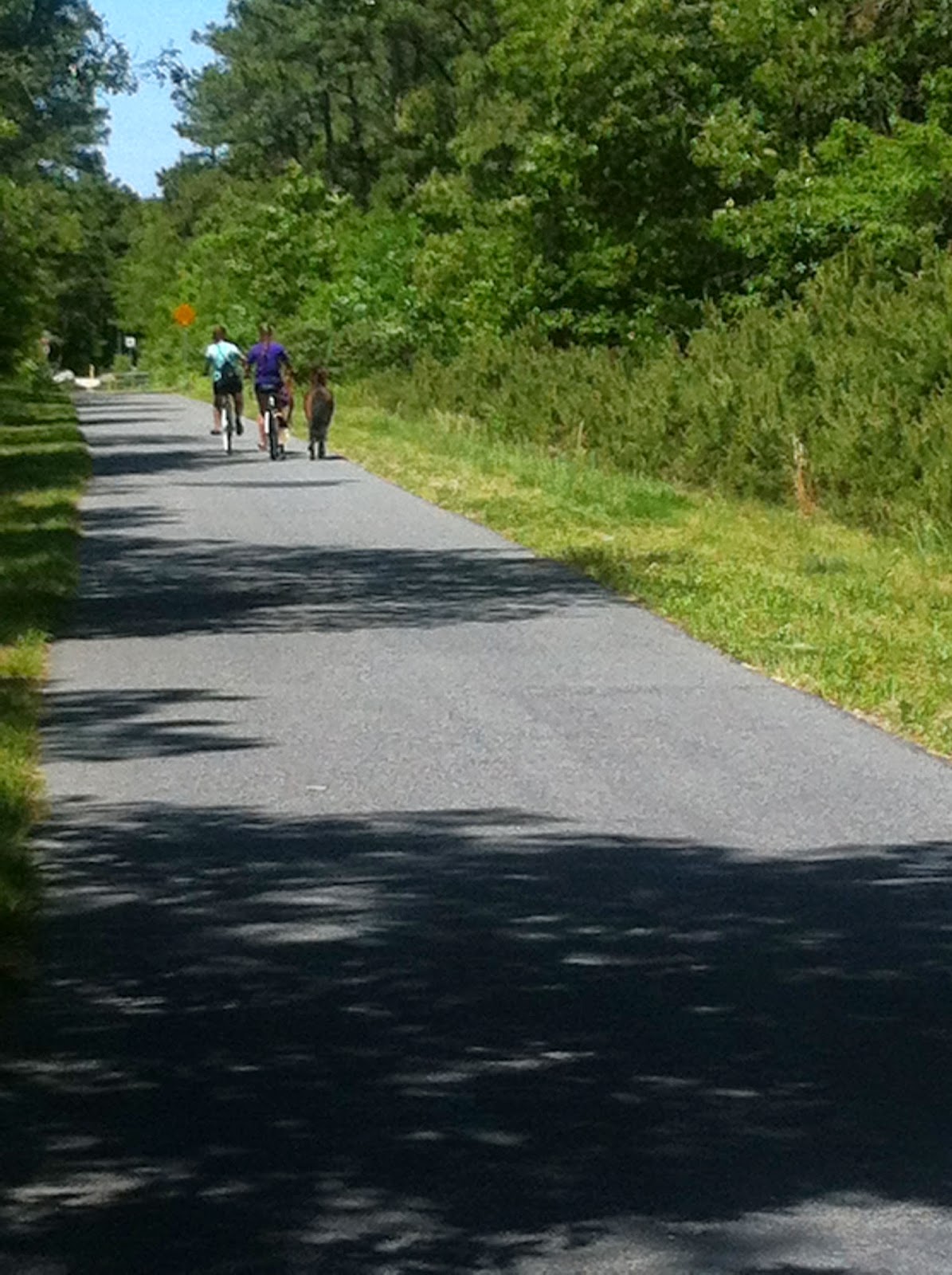 Today was my first time out on the bike this season and I hit the jackpot for novelty even though I only rode thirty miles. On the way out I was looking at the birds and vegetation, noticing what had changed since last fall. On the way back a couple of unique things caught my attention. I was riding along next to a nice pond in an area that runs alongside a road. Usually I am looking at the pond there, but this time I was looking at one of the houses because it  had an especially appealing porch. There was a fox sitting out in the yard in front of the house scratching its ear without a  care in the world. Apparently it has a den under the porch.

Later, just as I was gearing up for an overpass over Route 6 I was coming up on two girls on bicycles going the opposite direction. I thought they had two big dogs with them, so I slowed down a bit to look at the dogs and give them a little more room. Turns out they were not dogs at all but adorable miniature horses. The girls were exercising them, and getting them up to a comfortable trot by riding along with them on bicycles.

My pictures are horrible of course, because I had only my phone with me and that was shoved up the leg of my shorts, not handy for a quick pic. Still, I do have proof!

Thirty miles!?!?!? I'm impressed. I could barely do 30 minutes. Now you've made me realize I must get back to the gym.