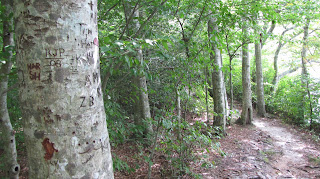 When I moved from Oklahoma to Cape Cod one of the biggest changes in my weekly routine is trash disposal. In Oklahoma I had two gigantic roller bins that I could fill to the brim and have removed every single week with no additional charge and the monthly fee was billed with our water. Every few months there would be a large trash pickup when all kinds of bulky trash would be picked up. Oklahoma has lots of land available for landfills. 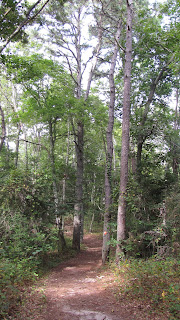 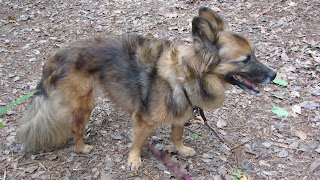 Here on Cape Cod trash is not such an easy process. Our town has no municipal trash hauling. You can arrange for a private trash service to pick it up for you, but almost everyone chooses the least expensive option takes their own trash to the "transfer station". We call it the dump. All of our trash is trucked off Cape, so towns are very interested in encouraging recycling to reduce this charge. Our transfer station is set up so that you pass the recycle area on your way to the trash building. We have single stream recycling - plastic, glass and paper go in the same bin, with separate bins provided for cardboard and hard plastic. There are barrels where you can put your plastic bags. You can purchaser recycling bins for a nominal fee and lots of people do, but since you are dropping it off yourself you can put in in anything you like. The Department of Public Works sells compost bins for about half of the usual retail price, which encourages composting instead of bringing compostables to the transfer station. Reasonable amounts of yard waste go in a separate area, where you can take as much compost and mulch as you want for free. The amount of compost and mulch I take from the dump pays for my yearly fee! I used to have a bin of yard waste and one of trash every week in Oklahoma. Here I have one 30 gallon trash can every other week.

Recycling alone does not help much if we do not make an effort to use less, to repurpose what we already have and select recycled products where appropriate. Years ago we would do this without question. Used clothing was passed down, cut down, and finally used for small projects and rags until it was used up. Now we send it by the bale to Africa, where is has just about killed local clothing manufacture.  Reuse and repurpose does not have to mean dreary - Look at what this metal artist is making from used bicycle parts:


The pictures have nothing to do with the text unless you consider that using less means less land has to be put under production and more can be saved for beauty and refreshment. These pictures were taken at the Ryder Conservation Area in Mashpee MA.

Thank you, thank you for a marvelous adventure through this post. A minor point of conflict with my spouse every year is winter tomatoes. Ugh.

Since most of my composting life was on the East coast before we moved to Portland, Or., began thinking more about what a stretch it must be for areas with much available land. Why bother would come easily. The video is delightful. Reminds me that the Knit One Red Worm project I did in 2001 could have been leaner.

Wish I could rationalize buying her chandelier!