At the Crack of Dawn 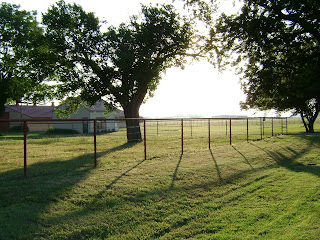 The summer heat has hit us this week. It's come on fast this year and we have not had much time to adjust to it. The long Saturday ride that we used to start at 9 or 10 am has become the ride that we start at 6:00 am instead. I usually prefer to start at 8:00 just to give myself the luxury of sleeping in a little, but Alan suggested we start even earlier and I must say it was an excellent idea. It was already in the mid 70's when we set out and it felt lovely and cool. We were back in and ordering pancakes before 11:00 and although it was quite warm while we were riding we were not boiled and stewed in our bike clothes as we would have been had we headed out later. By noon temps were in the low 90's and quite often it's a little after noon when we get in from our 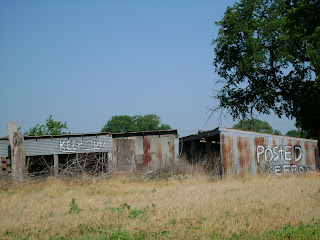 ride. I was tired by the time I got back to the car - the wind was pretty strong even at 6:00 am and coming back into the wind is never my favorite thing.

It was herp day - a box turtle was crossing the road and we saw another big snake. My turtle picture turned out too fuzzy to post and the snake proved too fast for me. I didn't even realize it was a snake until I was almost upon it and by the time I turned around to annoy him he had slithered away. We have seen a fair number of snakes lately, so I have great hopes of (eventually) getting a picture. I think they are bull snakes - beautifully marked and of substantial size. The two live ones we've seen on the road have probably been around four feet in length and fairly thick; we've seen quite a few smaller ones that have not survived life on the road.
It's surprising to me that no matter how often I ride the same routes I'm always noticing something different. It's never boring to get out for a ride.
Posted by Unknown at 2:23 PM

I envy your bicycle rides! Yes, they do have to start early in the morning during this summer heat, but how fabulous that you get to see some countryside. The snakes, I could stand to miss :-)