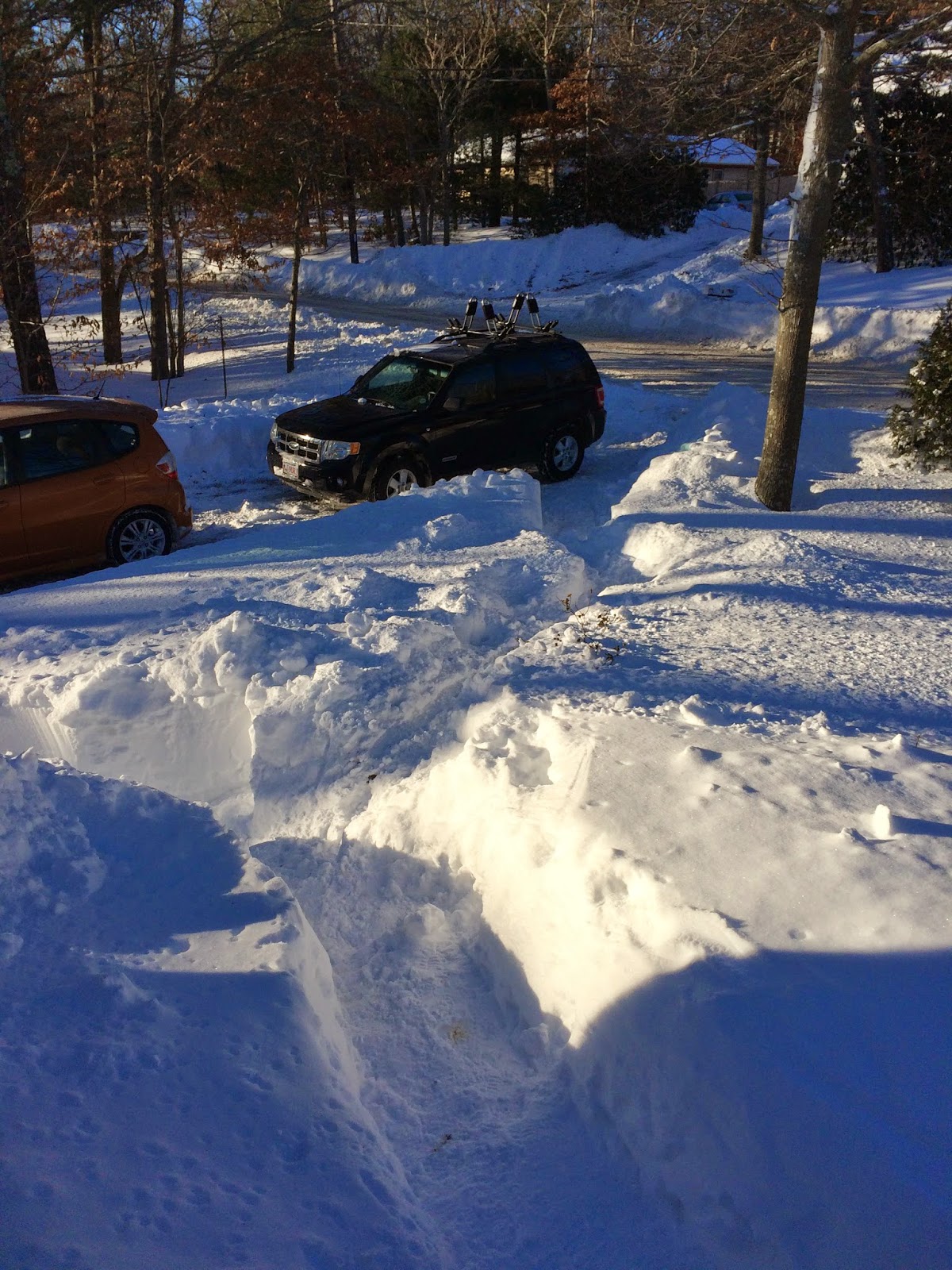 We are still buried in snow, with more coming. Boston has had about 40" in the last 10 days and we are not far behind. Our roads are mostly clear, and if the right lanes are still deep in snow the center lanes are at least open for business. I am only watching the forecasts with one eye now - we had snow yesterday and snow this morning but the one that comes in tonight is likely to keep going until early Tuesday and every forecast is different from the last. Worst case it looks like another 10 inches for us, best case we get a much smaller tally of snow but that is because part of our precipitation will be freezing rain!

The wild turkey that hangs out across the street disappeared for a few days because the homeowner there was so anxious about him sleeping up in a tree during the first night of the blizzard that she grabbed him and threw him into a shed until the blizzard was over. He was mighty unhappy about that turn of events and decamped to another part of the neighborhood for a few days. He's back now, knowing a good thing when he sees it. He is eating with her chickens, which is no small advantage when there is so much snow on the ground. My bird feeders are nearly empty but I can't quite summon up the gumption to wade out into the yard with a ladder to fill them. 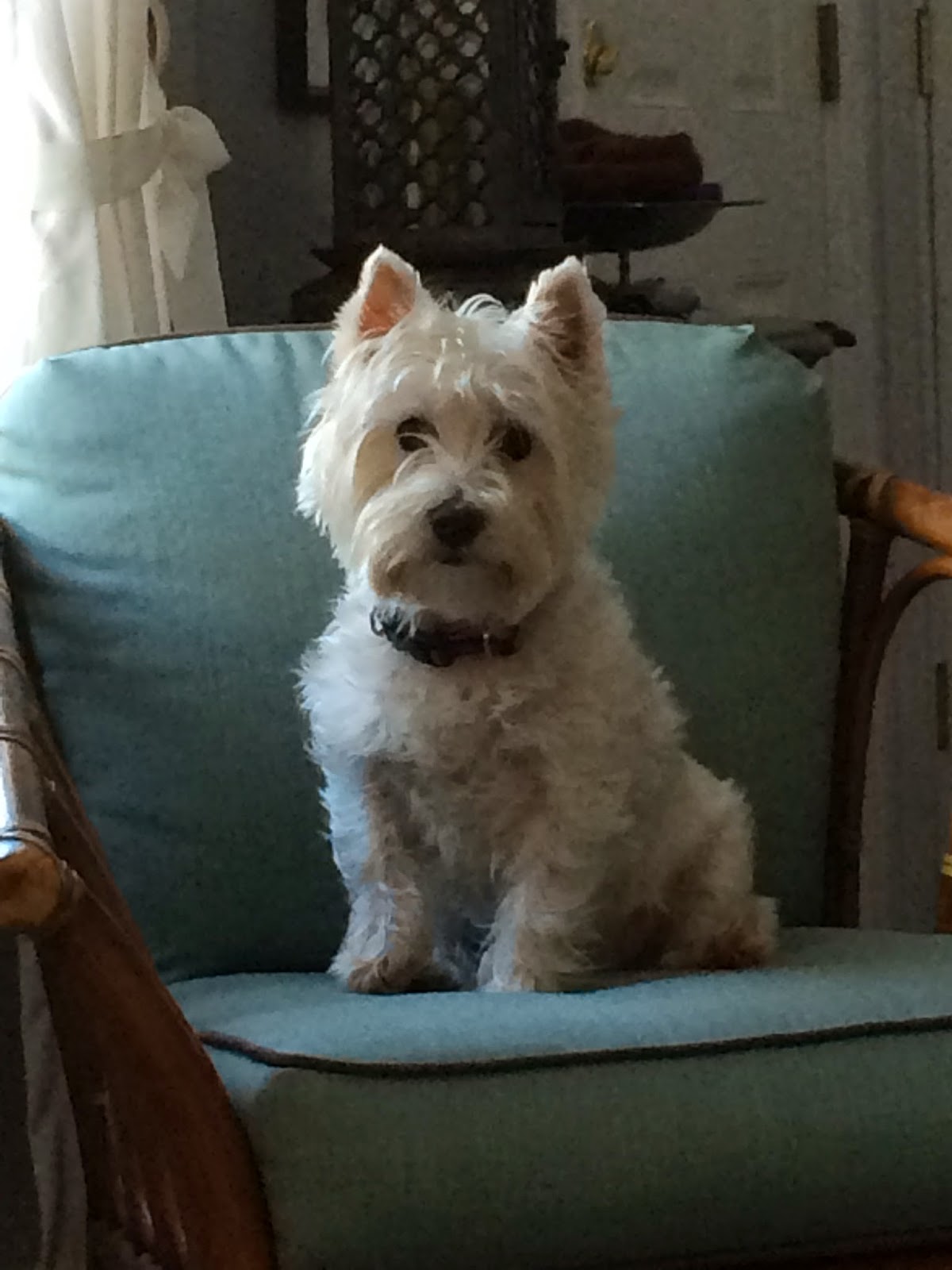 The dogs and I have still not gotten into the back yard, so we are still walking several times a day. I swear Mitzi is getting a waist from all the exercise.  We've been down in the single digits plus wind a few times. When that happens they just do their business in the driveway and stalk back to the house. So far I think they are enjoying it more than I am. I am pretty sure my back yard neighbors are thrilled not to be hearing Mitzi's barkathons. 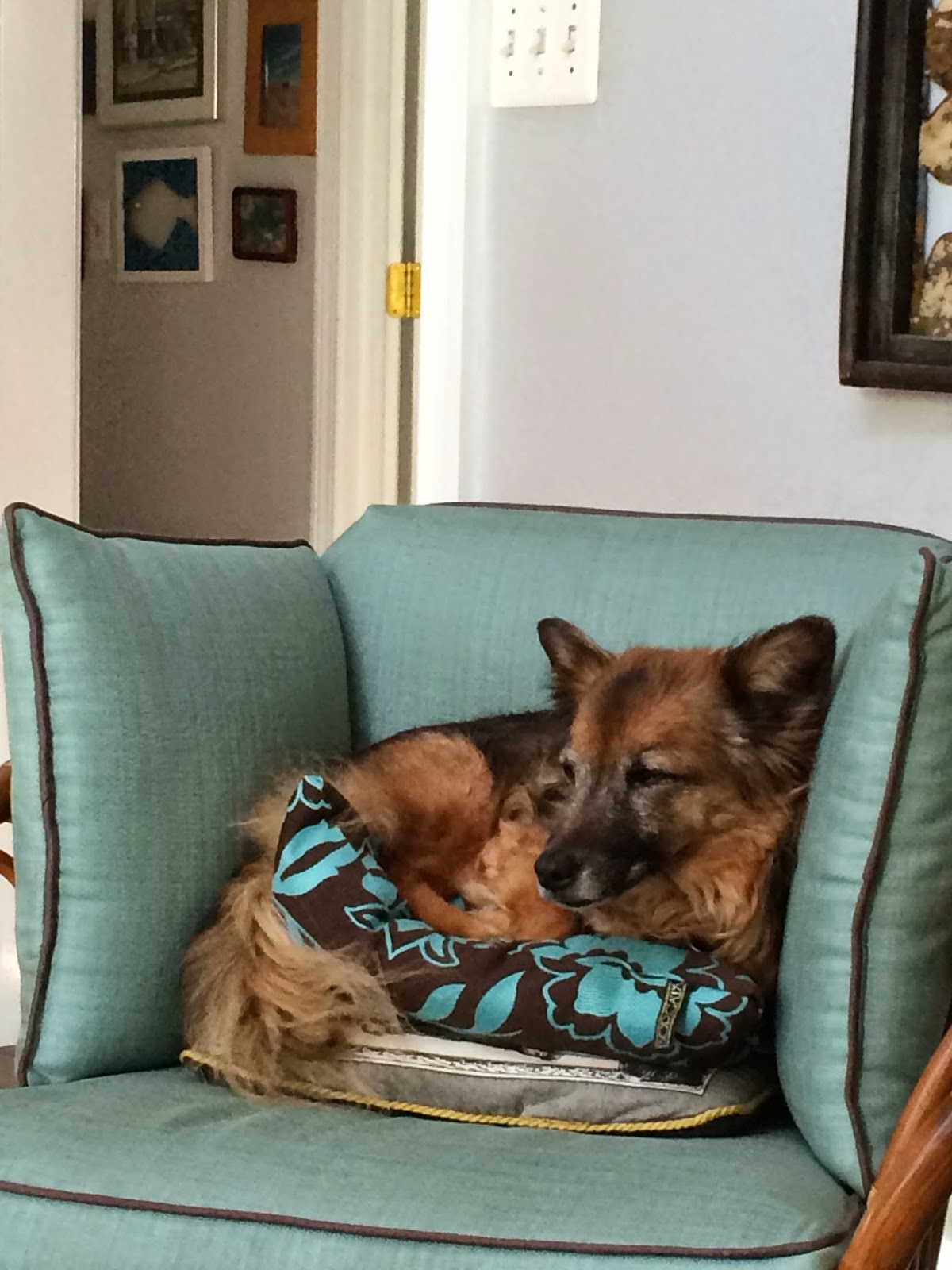 Shana has come down with the flu. It was almost a sure thing since she spends a fair amount of her working time in emergency rooms. She had her flu shot (not very effective this year) and had been hand washing like a fiend but it caught her anyway. The timing was such that she will probably have missed only one working day, but that is small consolation as she is miserable. I immediately decamped to the guest room and am hoping to miss out. I did cancel my social engagements for the next few days in case I am incubating and possibly contagious. Oddly, no one has yet complained about my declining to spread the wealth (of germs). I've been knitting and catching up on my reading, so cabin fever has not been an issue for me. Really it almost never is. I could stay in all week without a pang most of the time.

I've been making serious progress on my "Little Wave" sweater. I am up to the neck back on one side and will probably have the left shoulder and back strap done tomorrow. Then it's only picking up the edging (no small thing but I don't mind picking up stitches), a few rows of garter edging (with buttonholes) , knit the pockets, kitchener the lower armholes and pick out buttons! All pretty small stuff, except that I am pretty sure that garter stitch down both sides of the front and around the neck will get tedious. The collar is integral to the borders, shaped with short rows. Of course now I am having anxiety about whether I will like it once it is done after all that work. As far as I can tell, I think it will fit, so full speed ahead! I will say that over the time I have been working on it my skills have improved. Nothing like a big project to force improvement.

Congrats on the knitting, a fine achievement, and blech to all that snow. Of course, the Rockies and Sierras are getting next to no snow pack. It's going to be a very dry summer again. Roxie looks cute and comfy, and Mitzi looks adorable.