Apparently the Heritage Foundation considers a family who possesses a refrigerator, a TV or a microwave not to be poor. Presumably they took their definition of poverty from this very important film (which inspired a great deal of comparative misery in my own family). 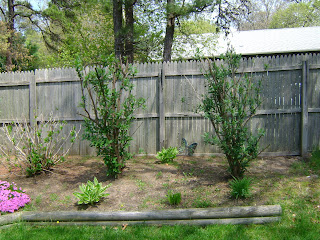 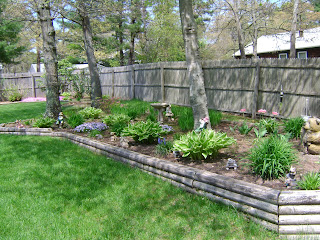 You can find the Heritage Foundation's article about this luxury here, along with talking points. I should point out that this is a right wing organization devoted (among other things) to dismantling the social safety net, including Social Security, a program which pays its own way. I might also note that if you had a job until the Great Recession you might have bought a lot of things which you still own. Personally I do not consider a ratty old car, a ceiling fan,a refrigerator or a cordless phone to be the height of consumer luxury. 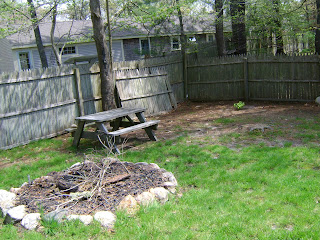 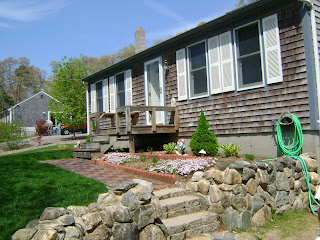 Our new house now lacks baseboards in addition to the missing bathroom. Apparently the idea is to tear everything up as soon as possible and eventually put things back together. I'm hoping when I go over there today that I will see the copper pan base for the shower installed, but it was supposed to happen yesterday and no one had seen it yet. Fortunately I can work on the yard in the meantime so I can feel like something is looking better. We've got a quarter acre with a variety of exposures, so I think  we can create some great gardens about the place. Shana and I have opposing views of what they should look like. I am of the "wild abandon" cottage style school and Shana prefers the "Chamber of Commerce" school of tidy beds.  Much negotiation lies ahead. So far I think I get the back my way and the front her way and I do all the work. Front door beds are done, shady garden is (mostly) done, bedroom side corner is already planted with mature shrubs, needs weeding, mulch, one shrub and some underplanting. To be planned:  back corner hydrangea and hosta bed leading on to a mixed shrub border along the south side to the street, sunny cottage and cutting garden behind and around the shed, plantings along the driveway to lead down towards the street.The prospective herb garden is in place but totally empty.  The pictures were taken very early in the year and before I had started on them with weeding and planting. I'll take after pictures of these beds in a month or so when the new plantings have relaxed and filled in.
Posted by Unknown at 10:17 AM

Gardens are a labor of love, that is certainly the truth. You have to be in them several times a week to keep up, and in California, that means the whole year. Your yard will be amazing to see in the winter snows. I think it will be quite lovely all seasons as you are put in the "bones" of the structure, and build from there. I wish you much garden happiness.

About Luxury. People give old things that still work to the poor. How does that raise their wage? Some Foundations are composed of idiots who have the meanest characters and God help us if they ever really get to run things. Poverty of Spirit is their poverty.