Yesterday Shana had to be in Chatham early in the evening, and I was not working. We decided it would be nice if I rode along so we could enjoy the drive and after her meeting was over have a picnic supper on beautiful Chatham Lighthouse Beach. The beaches are pretty busy during the day now, but in the evening they are pretty empty. We planned a simple picnic - just egg salad sandwiches and chips, picking up a drink on the way. The evening was perfect and we were glad to be near the sea.


We walked down the beach and picked our spot. As soon as I was settled into my beach chair I got out my sandwich and opened the bag of chips. As soon as I lifted my sandwich to my mouth the trouble began! A herring gull swooped in, hovered for a minute in front of me and snatched half of my sandwich out of my hand (I felt her beak on my hand but she did not break the skin) This is the big gull that the Cornell Lab of Ornithology describes as "beefy".  I would be willing to bet the creature weighs as much as the average chicken. When she came right back for more in spite of my arm waving and shouting I threw the rest of my sandwich at her to keep her from coming at me again with her big sharp beak.  A group of Japanese tourists were pointing and laughing during the excitement. I have to admit it must have looked crazy. I might have laughed to if it was not happening to me! Even Shana, who was alarmed at the time was laughing about my reactions. I can only imagine what my brother, who is not so crazy about birds, might have made of the attack.

After the bandit finally left Shana was good enough to share part of her sandwich, and we enjoyed a walk down to the edge to watch the seals and the sunset. A pleasant ride home and a stop at Jimmy's Ice Cream (with take home scoops for the dogs) and another beautiful day on Cape Cod came to a close. 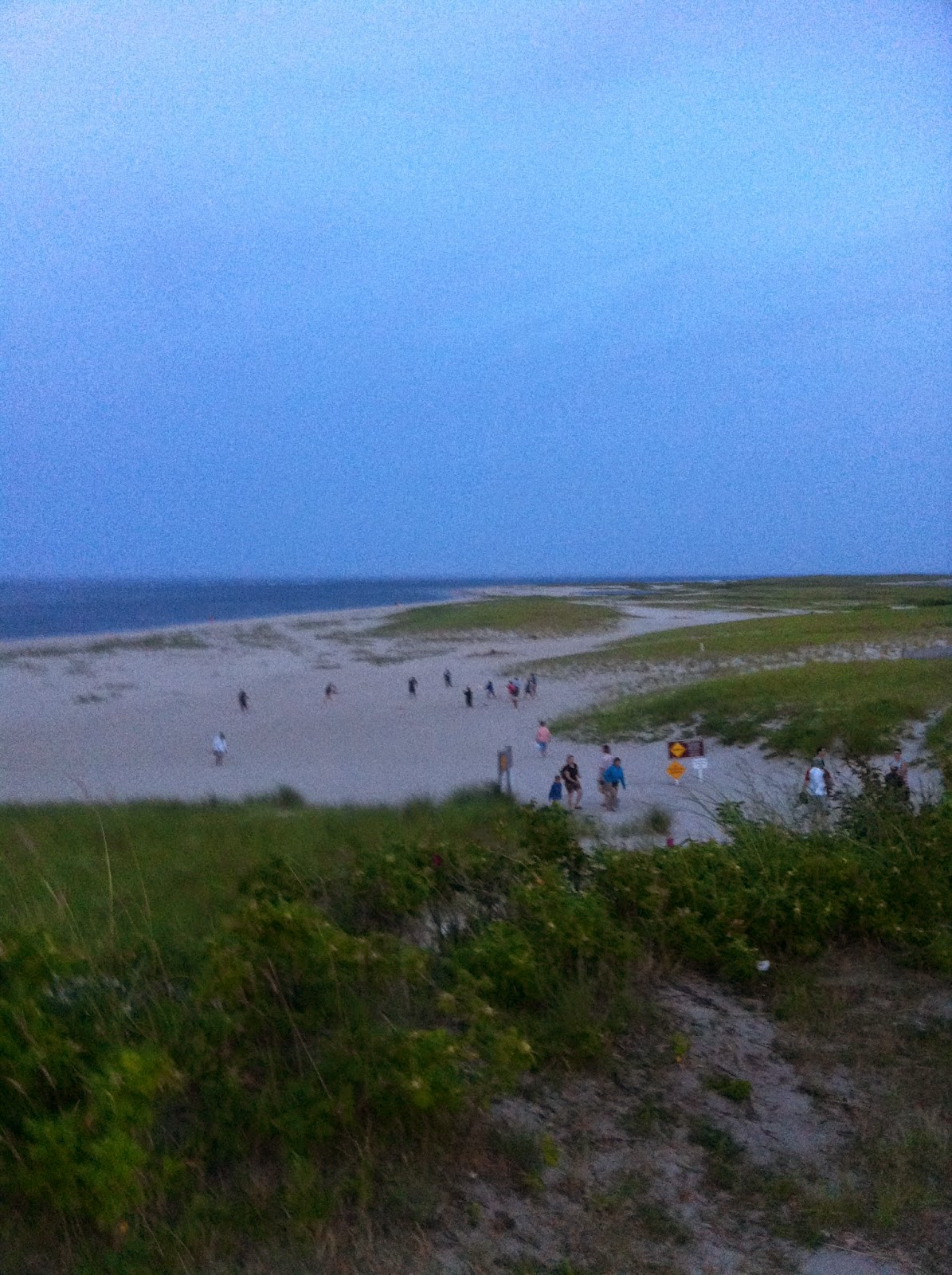 The first hurricane of the season is heading up the East Coast just in time for the Fourth of July. Cape Cod is on the "Cone of Uncertainty" and although we are unlikely to take a direct hit from this one we will surely have massive rain and rough seas. Thanks to an incoming cold front Arthur will probably stay far enough out to sea that we should not have intense wind. Truthfully we can use a tropical downpour. The weather has been pretty dry here. Still, BBQ's and fireworks displays will have to be cancelled. I keep thinking about a cute saying I have seen on T-shirts and such with a dog theme: "It's all fun and games til somebody ends up in a cone!".

Lovely post and I hope that thing misses you for damage. Erg! The Dog cone humor just hit my funny bone today! Lol!

The big Gulls here are the Westerns, but they are usually feeding at the land fills and leave picnic people alone. However, there is a tale to tell. hehe! Laters