Lifestyles of the Rich and Famous

Yesterday I had the day off, and Shana was able to arrange her schedule to take the day off with me so we could take a day trip. We chose Newport RI, which I had wanted to visit during the summer when the gardens and beaches would be at their best. It's not too far from here for a nice day trip. We left home at 7:30 am and were back before 8 pm after an action packed day. Shana's mother was a travel agent, and Shana has picked up that baton. Any time we go on a trip however small she does her research so we can pack as much into our day as possible, down to which restaurants to visit. 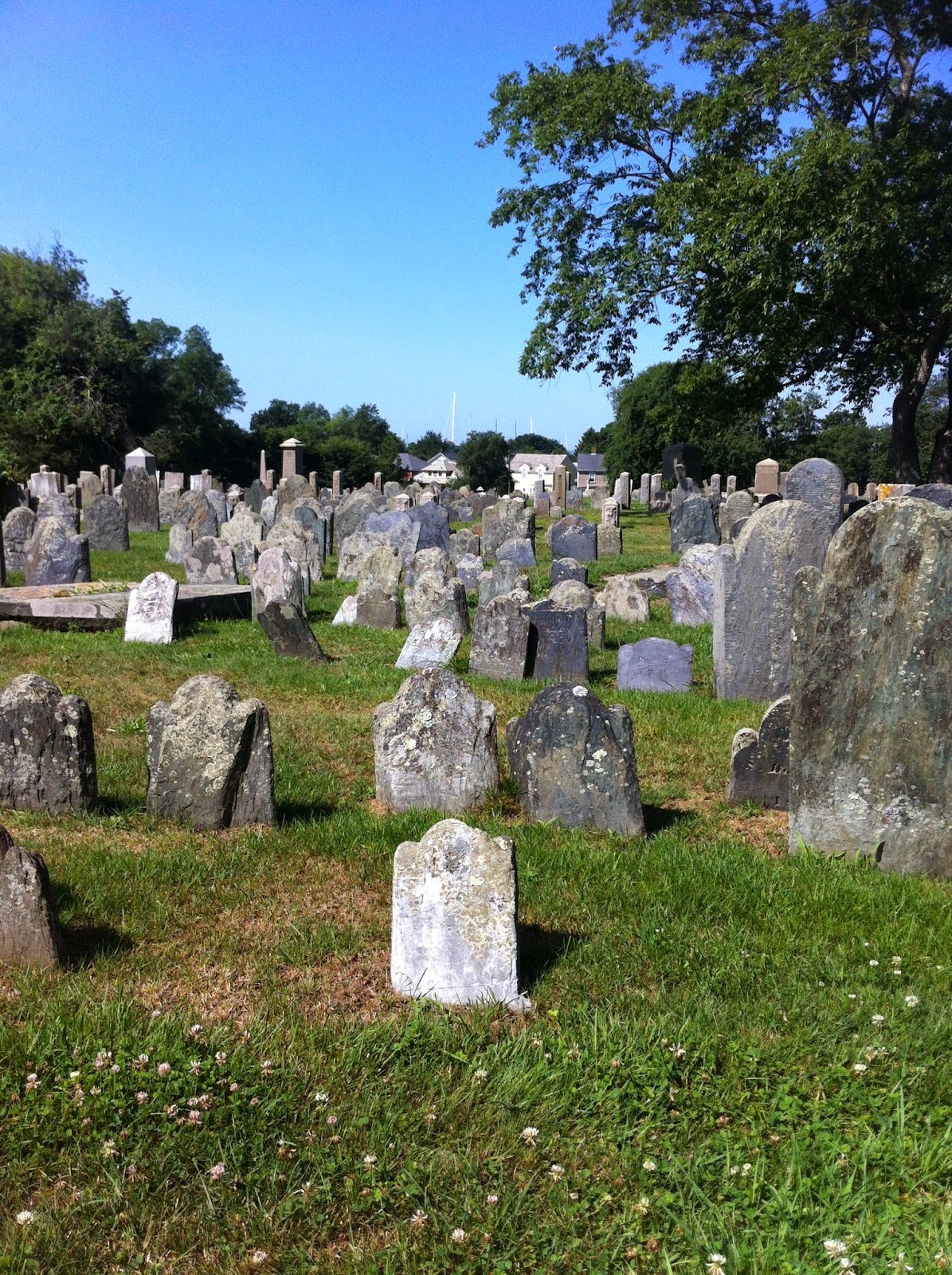 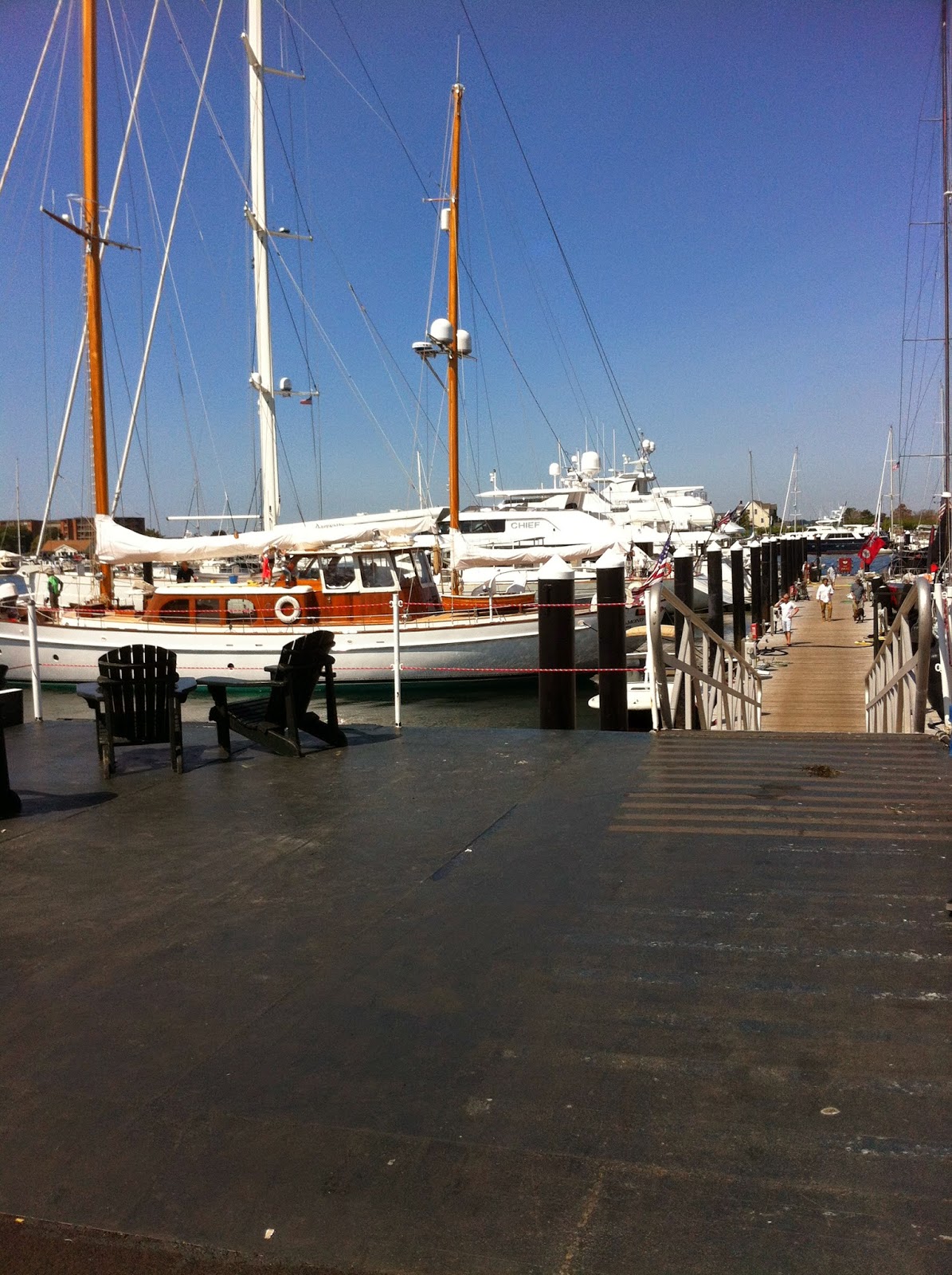 First thing we had reserved a bicycle tour from Newport Bicycle, and were happy to have Janet as our tour guide. She was knowledgeable about the history of the area and asked many questions about what we wanted to see and how much time we had before we set out. She warned us about any traffic we might encounter in case we might not be willing to ride in traffic. She was safety conscious and  very informative during the tour. Since It was just Shana and I touring we were able to have a really custom tour with plenty of time to explore various areas along the way. We visited an old cemetery, Newport Harbor, Newport Shipyard (full of gorgeous yachts), the grounds at The Elms, Ochre Point, The Redwood Library (oldest continuously operating library in the USA), and many other landmarks. Well worth the price, and the best way I can think of the tour a smallish city, especially one where you are interested in the historic districts which are typically rather compact. You can see everything from street level much faster than on foot, you enjoy the sounds and smells of the town (Shana was transfixed by the smell of someone's home BBQ!) and it's easy to stop for a closer look at anything you fancy. Plus exercise!

First we went to the Common Burying Ground and Island Cemetery. It's worth a visit all by itself. There are many prominent and/or famous people buried here, including a corner for slaves known as God's Little Acre. Worth a click on the Wikipedia link for more information. I love to visit old cemeteries and I plan to spend a lot more time here when we return for another visit. 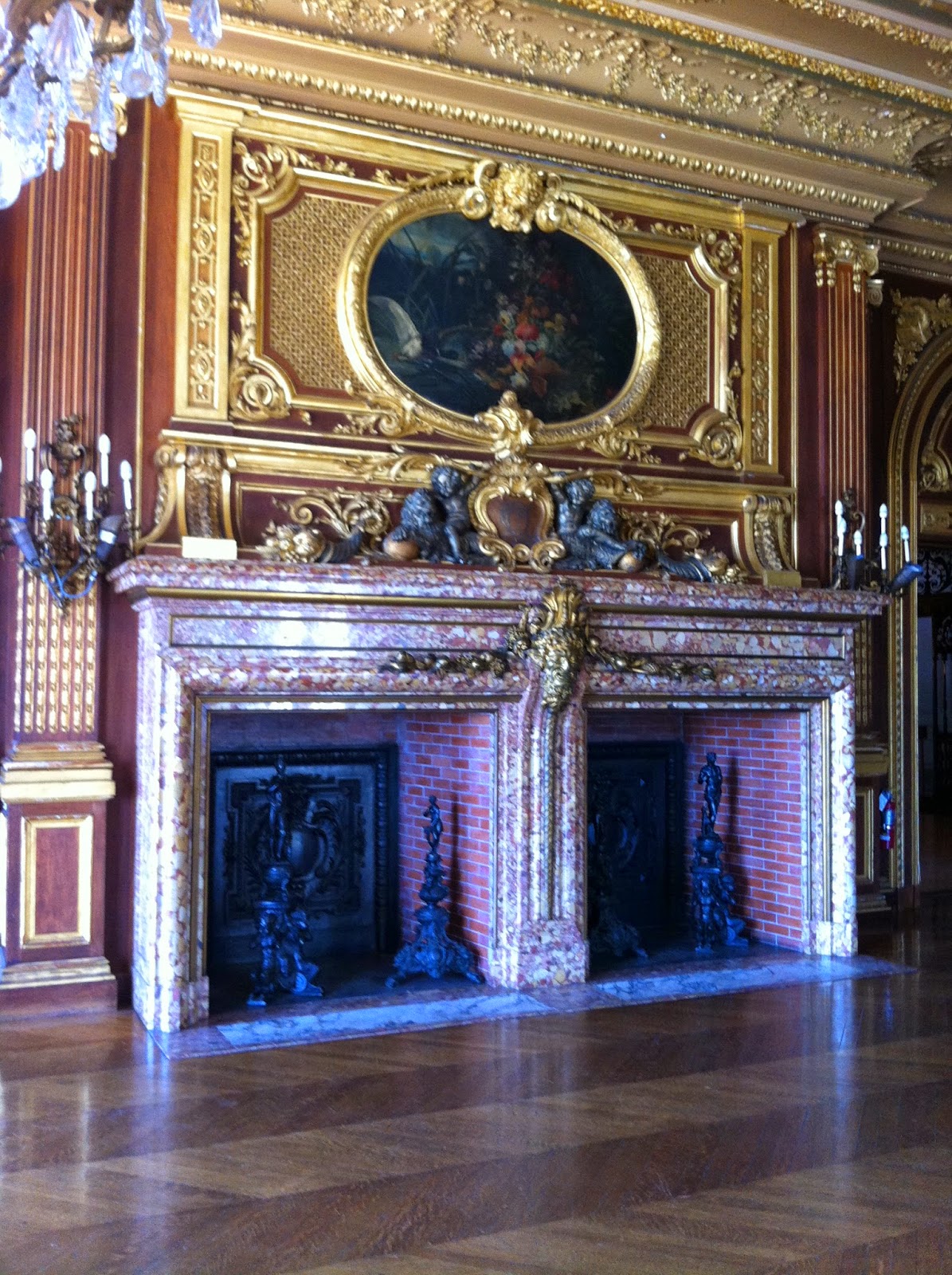 We went to a park with a lovely view of the harbor where Janet gave us a perspective on Rhode Island's colonial history, then we headed over to the Newport Shipyard to gawk at the beautiful yachts. We saw Chevy Toy (view the interior here), available for charter at $165,000 per week (plus all expenses) , and the lovely sailing yacht Artemis (currently not available for charter) and many other gorgeous ships. Apparently these giant and luxuriously appointed creatures are now called Superyachts!

On we went to view (from the road) many of the lovely old mansions of Newport, including the wonderfully restful garden at The Elms. The garden at The Elms is a combination of formal beds and a restful walk through what amounts to a private arboretum. The trees have largely been in place for over 200 years and are just stunning. Shana fell in love with the lovely weeping beech, and the intoxicating and elusive scent of the linden trees. I wished I had room in my garden for a copper beech. It's a beauty, but even the mature size of the two beeches I have are a lot for my yard and I would not live to see anything like maturity of a new one. I will not live long enough to see the maturity of the two beeches I do have. There were some lovely fountains, too, all of which would completely fill the area of my veggie patch. I think a tiny bubbly water feature for my deck will be added very soon.

We had  a nice lunch at the Fastnet Pub, named for the Fastnet Lighthouse off the coast of Cork, Ireland. The draft beer selection is excellent, the atmosphere is exceptional and the food is good. Shana was surprised at the size of the beers until I told her that is a pint. We sat near the window the enjoy people watching on the street. And had the pleasure of seeing a truly unique car drive by. 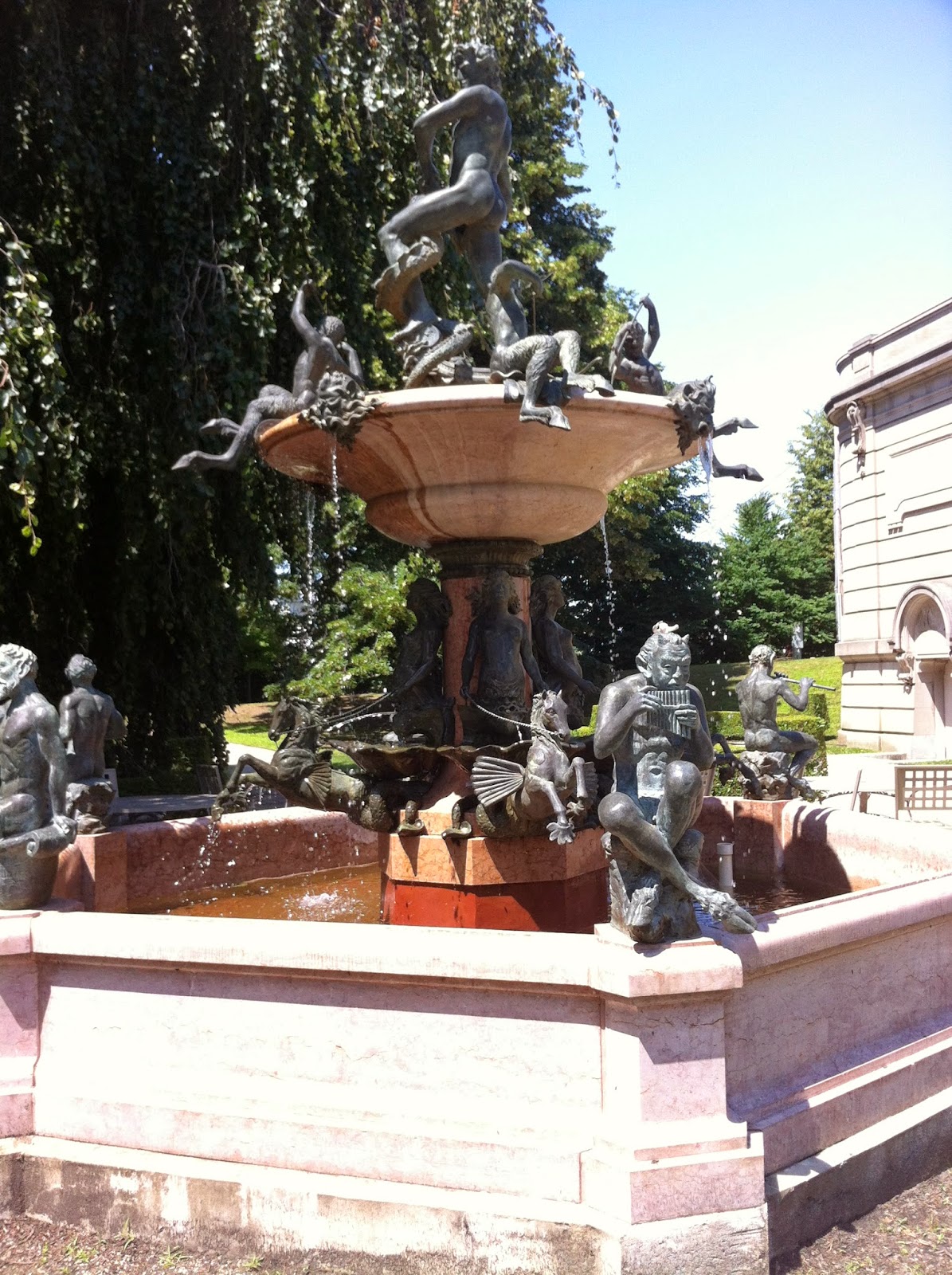 We went on from there to a tour of The Breakers, the erstwhile summer home of the Vanderbilts. It enjoys an exceptionally beautiful site with a stunning view. The Preservation Society of Newport County owns the property, along with several other of the old iconic summer houses. The houses are registered as historic landmarks and open for tours by the public. It's worthwhile to take a tour (self guided by headphones) to see at least one of the houses and how they functioned when they were family homes. At The Breakers the rooms are mostly furnished as they were when the house was occupied, which gives one a good idea of what it may have been like to live in them. Although the general style of the decor has fallen far out of fashion, appearing garish and ludicrous to the modern taste, the appreciation of the craftsmanship that went into it has not. The Breakers was built in only two years, with fabulous custom work of mosaic, plaster and wood, murals and stained glass windows, platinum leaf, excesses of all kinds. I'm embarrassed to think it took more than three months to replace floors and remodel the bathroom in our little house with the dishwasher and kitchen faucet still not properly secured at the end of it! There is no interior photography allowed at The Breakers; the twin fireplaces I photographed (that I can nearly stand up inside) are in the dining room at Ochre Point. 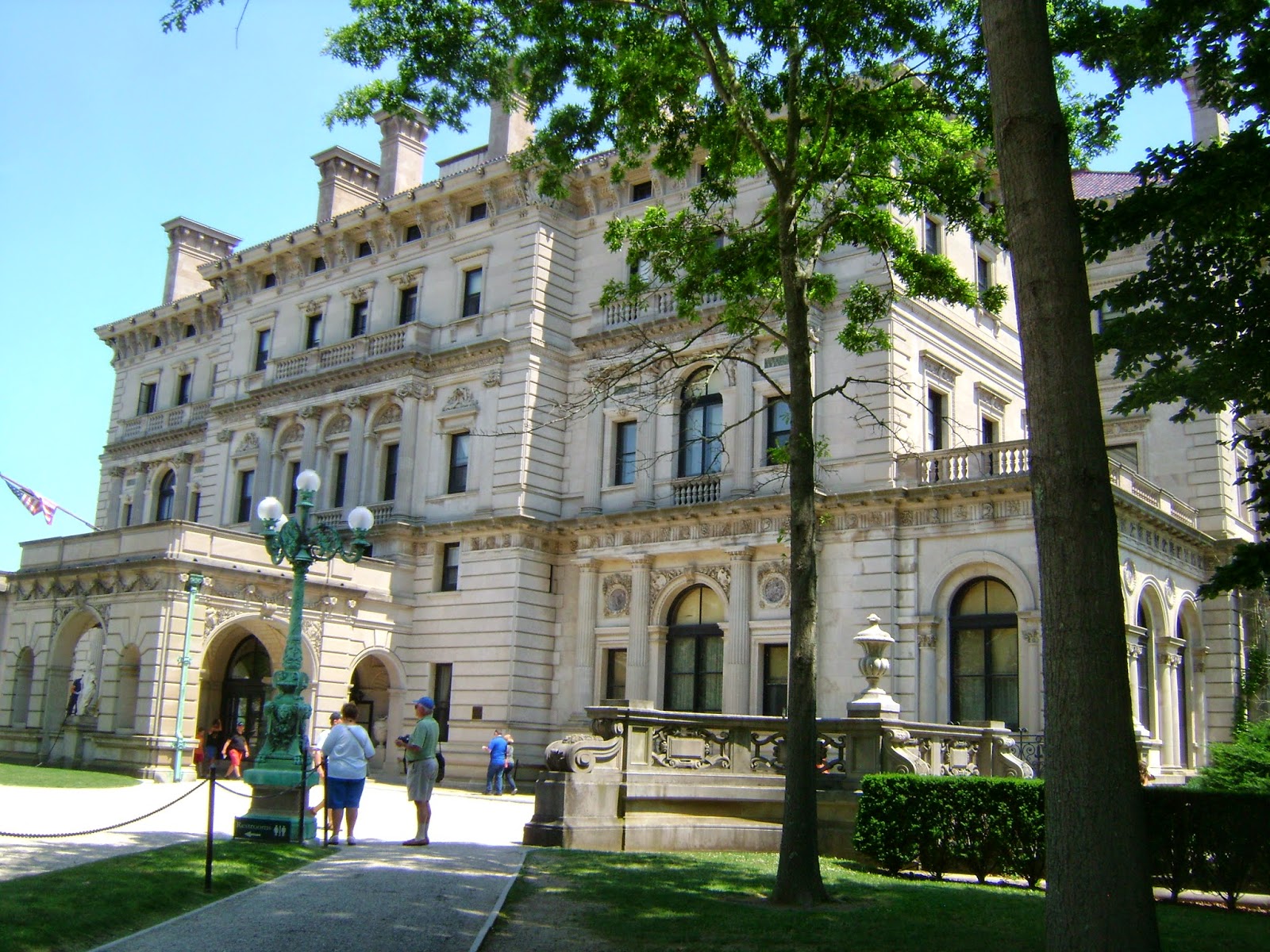 My feeling about the house tours is that maybe a little goes a long way. Admission is expensive. You can get a better deal by adding a second house tour on the same day, but personally I would find it too much to digest. Too much gold leaf, too much marble, too much of too much. Having paid the steep admission for The Breakers - $26.00, which is perspective is about the same as for Elvis' house at Graceland, I did want to see all of it but probably would have enjoyed looking through three or four rooms just as much. I am unlikely to pay for admission to the same house twice. That said, in dollars per hour it does compare favorably with a a first run movie with popcorn!

There are other mansions whose tours are operated by the Newport Restoration Foundation. Doris Duke's Rough Point is one of those. If your thing is gilded age mansion tours you may never run out of choices.

A little dash down the beautiful Cliff Walk to see the houses from the sea side and the booming surf below, a quick visit to a local beach to relax and we were off for a Mexican dinner in Providence on our way back to our Cape Cod home. We are determined to add more day trips to our life. Though short, it was a refreshing getaway and a wonderful day together.

I have included a crazy number of links on this post, partly so I can easily find the information again but also because there is a lot of interest there that you might enjoy. Click away! And as always, to enlarge my photos just click on them. Close the new window or esc to return.

Enjoyed your pleasure with outdoors and bike ride along with the too muchness of homes of the wealthy. Made me miss New England--again.

For a very different experience in Rhode Island, we had a great experience at the Museum of Work & Culture in Woonsocket http://www.woonsocket.org/workandculture.htm