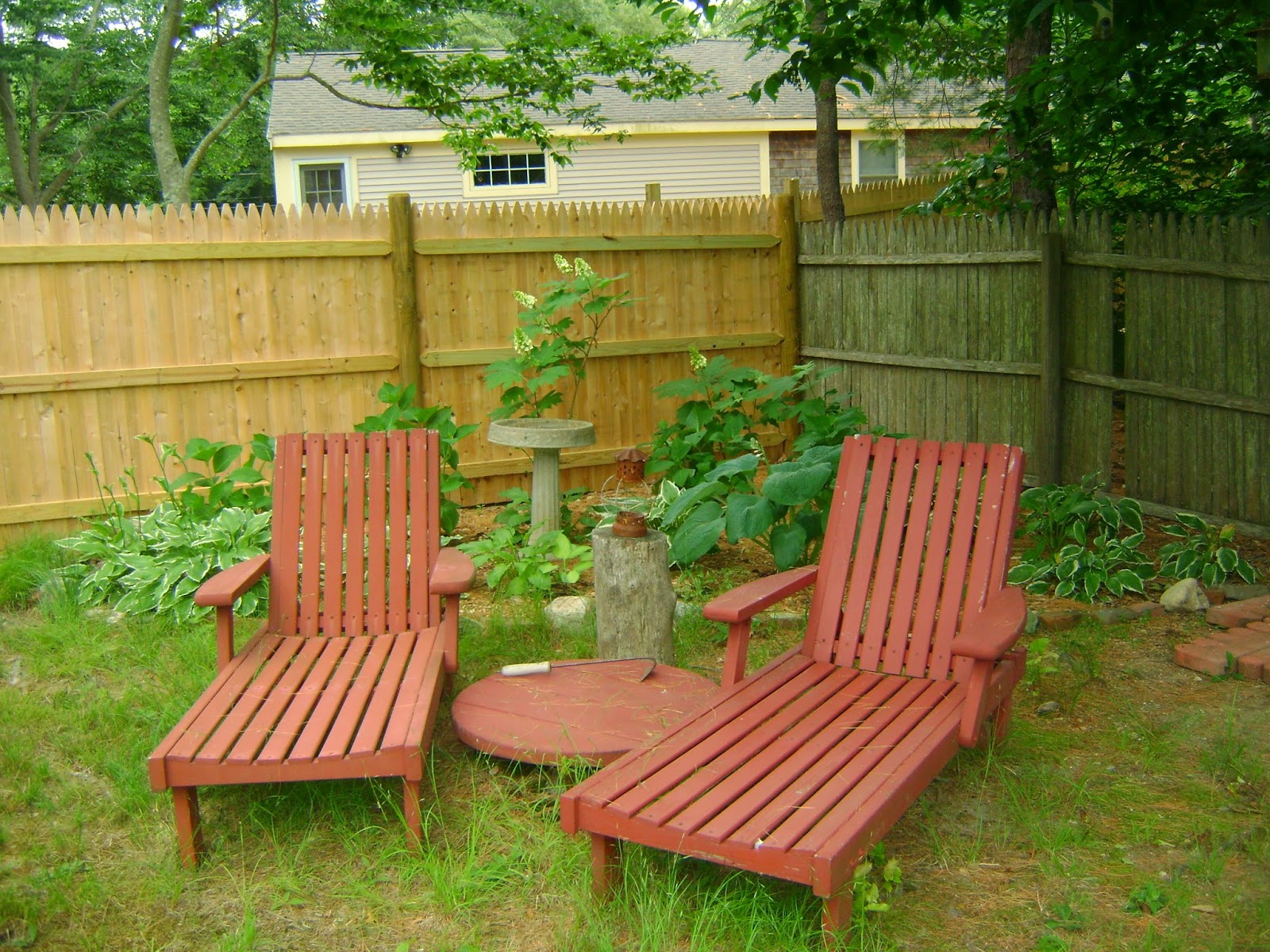 July is here, and planting season is over. I'll be evaluating what is happening in the garden now, and enjoying what is working well.

This year we have added a privacy hedge in the front, defined mulching on the shrub border between us and our neighbors, additional fencing, and the first phase of a flower border along the sidewalk to our front door. We've painted the house and added flower boxes. Most of the big action is taking place in the front yard. 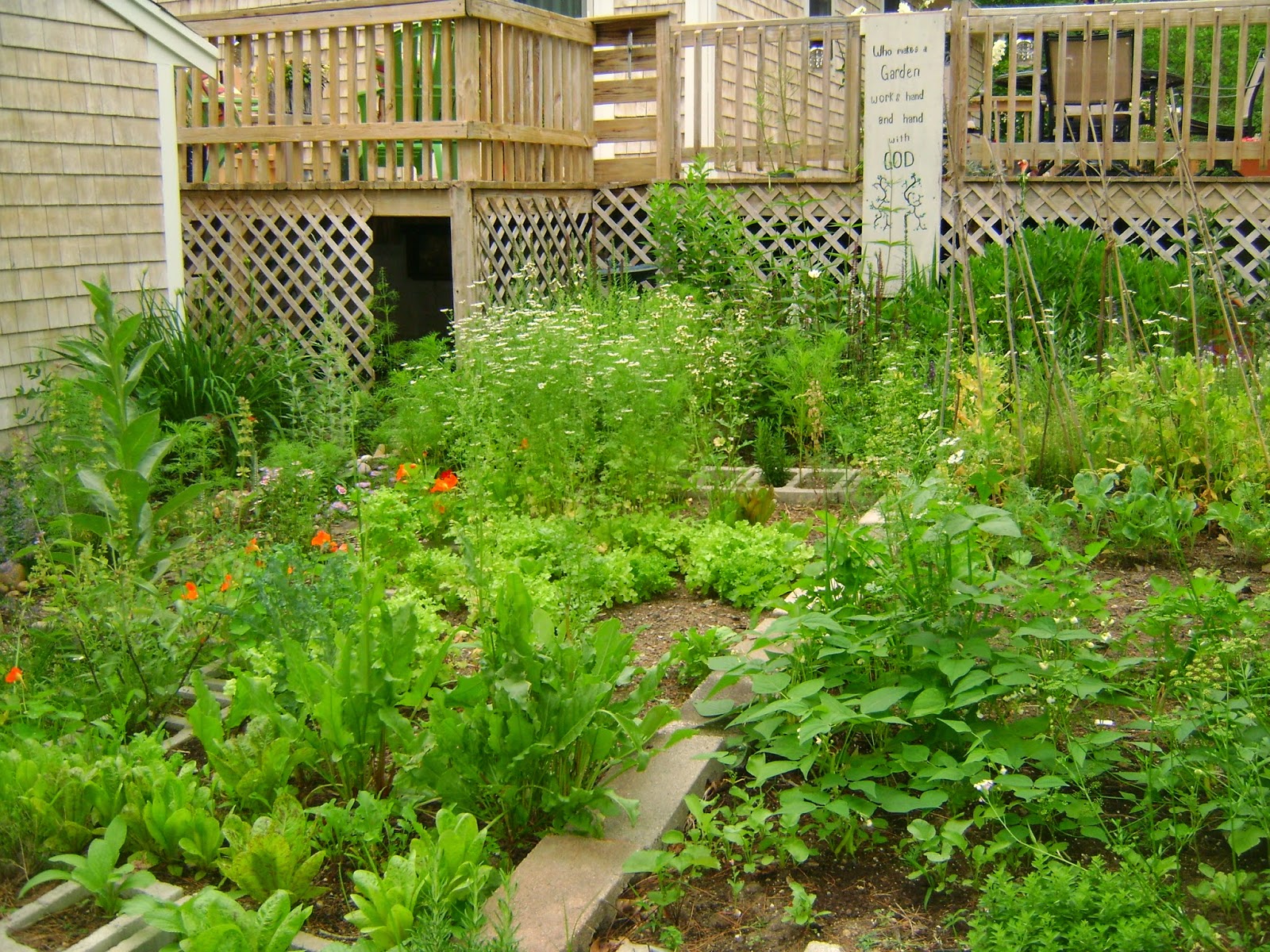 In the back yard I have enlarged TomatoLand by maye one square foot (changing our some edging). I've removed some plants from the sunny corner which will work better in a sunnier part of the yard. I thought I had moved my Fairy rose, but there are still some rooted pieces there which will probably grow another giant spiny monster back there. Next year I need to do some work in that corner to fill it out with some better suited plants for the conditions and my level of care back there. I think Daylilies will be the ultimate answer, so I'll order some during the winter. 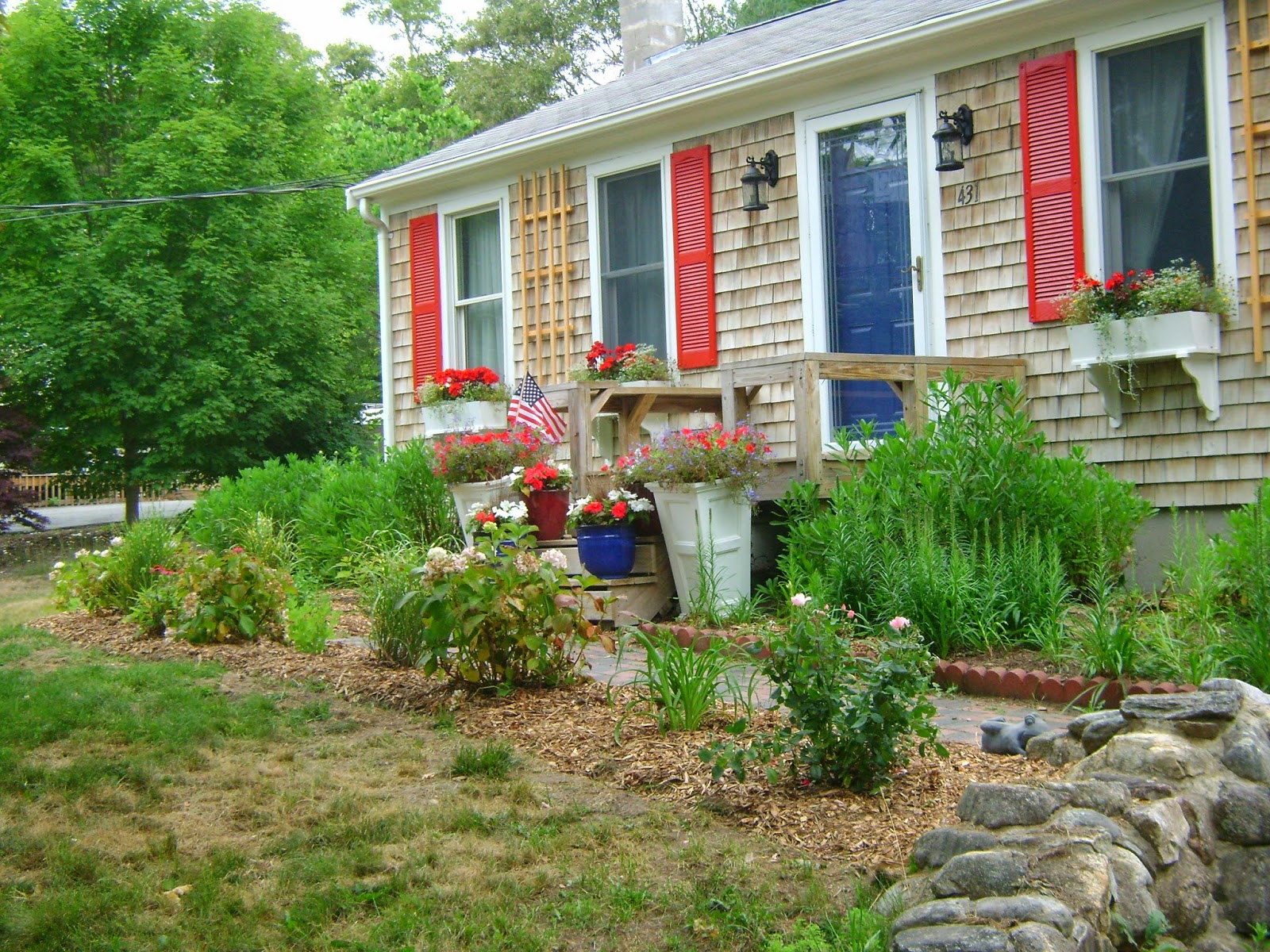 In the veggie patch right now things are doing well, if looking a little rough. My flat leaf parsley is trying to bloom, and the cilantro has unaccountably gone mad. It's all over the place and too pretty to pull up. I have Cosmos blooming all over; the lavender looks great, and the Nepenta stopped sulking and had put the four o' clocks in their place. They have migrated out of the area where I planted them and chosen a few other places where I will let them live (within reason). I tucked a migrant from my neighbor's garden which I think is penstemon, possible Husker Red. I'll know better when it blooms. It's the only thing I added outside of veggies. My peppers did not germinate, but the snap pea variety I planted turns out to be the one Shana likes, so all is well. 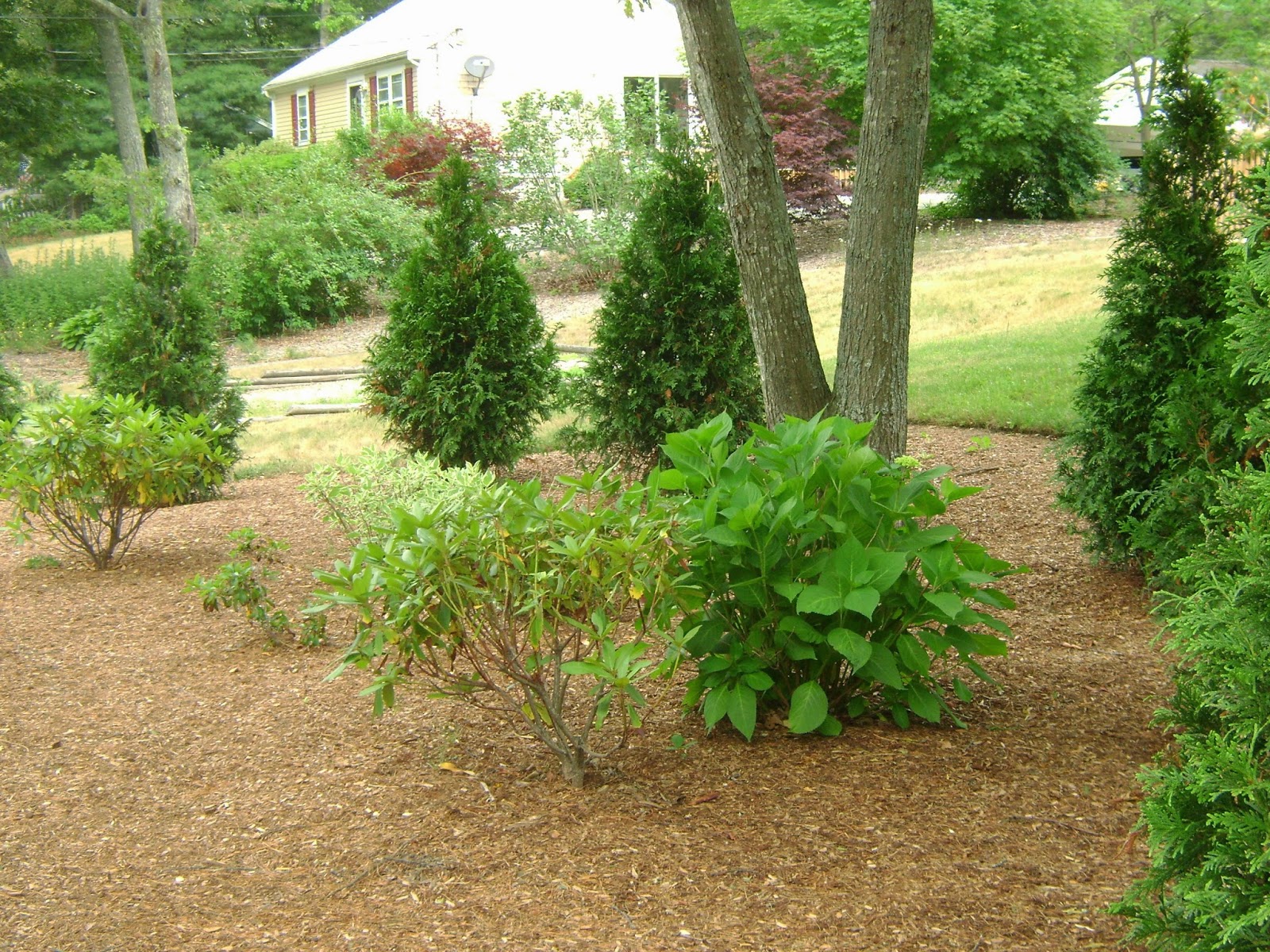 In the shady bed I moved a bit of Obedience to the front yard where the light will be better for it. Other than that the only thing I have done is transplant a few hosta divisions to a bare spot and add two bergenia cordifolia of unknown variety.

The reading corner is looking more like a garden and less like miscellaneous twigs. The largest oakleaf hydrangea is about my height now, although still very slender. There are enough hostas to fill it within a year or two, so now it's just a case of feed & water. 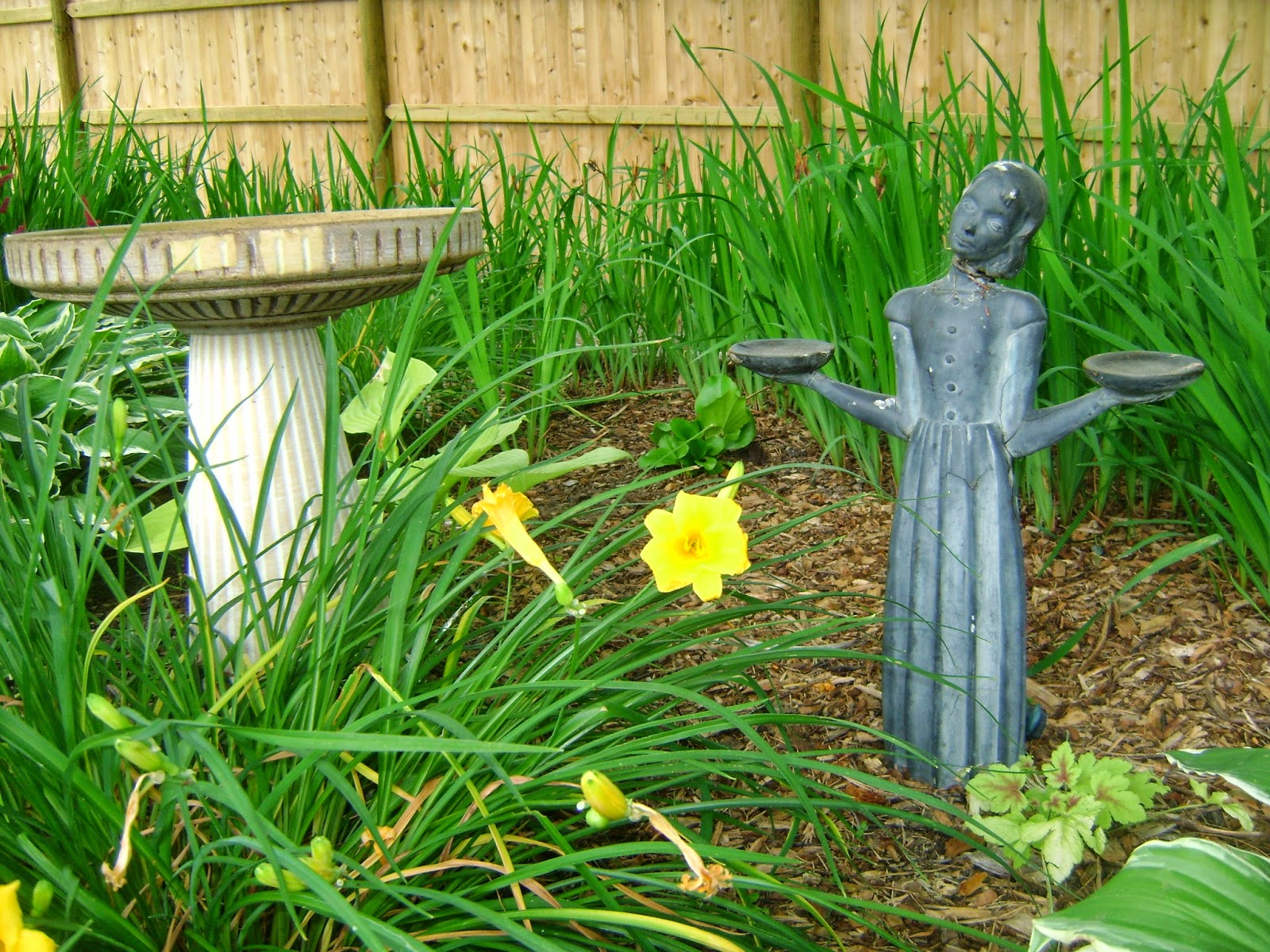 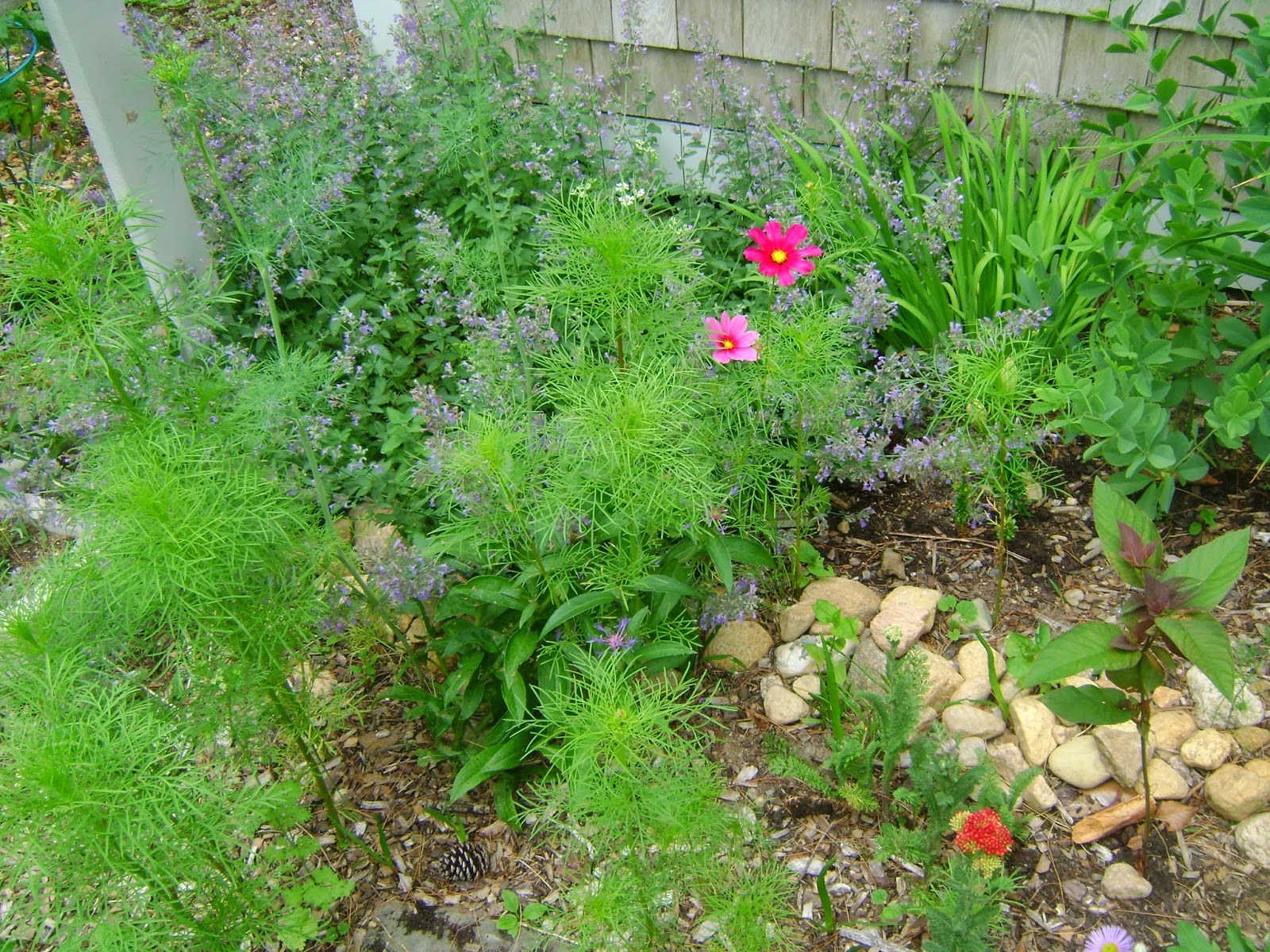 Next year's projects: Along the new fence near the veggie garden I have moved a Rose of Sharon, The Fairy, and two dwarf Alberta Spruce (which may or may not survive). They will be the backbone of next year's new bed. Along one side of the fence I will plant sun loving perennials. The fence around the corner goes behind the reading corner, so that area will be a transition between sun loving and shade loving plants. I want to beef up the new flower border in the front yard a little, but that will depend on how well it settles in by next spring. Between the house and the sidewalk I need a very few hosta divisions to fill in the space where I took out one of the spruces. The other side had enough the divide in place. There will be an enlargement of the BBQ patio, although what form it will take remains to be seen. I put a few hosta divisions in that area to dress it up for this summer, but will do no more until we decide on that area. Other than that the projects will be small: rounding out some fence corners with shrubs to make moving simpler, things like that. I am determined to have some poppies - I'll try seeding some during the winter.

Looking closely at the pictures I can see that the grass will need some attention next year. I am not overfond of grass, and object to the kind of runoff heavy fertilization produces, but it is looking pitiful. In the long run I would like more hard surfaces in the yard - maybe gravel and flagstone in the reading corner and along the shrub border. This will have to be a gradual process and in the meantime my grass is not keeping up appearances.