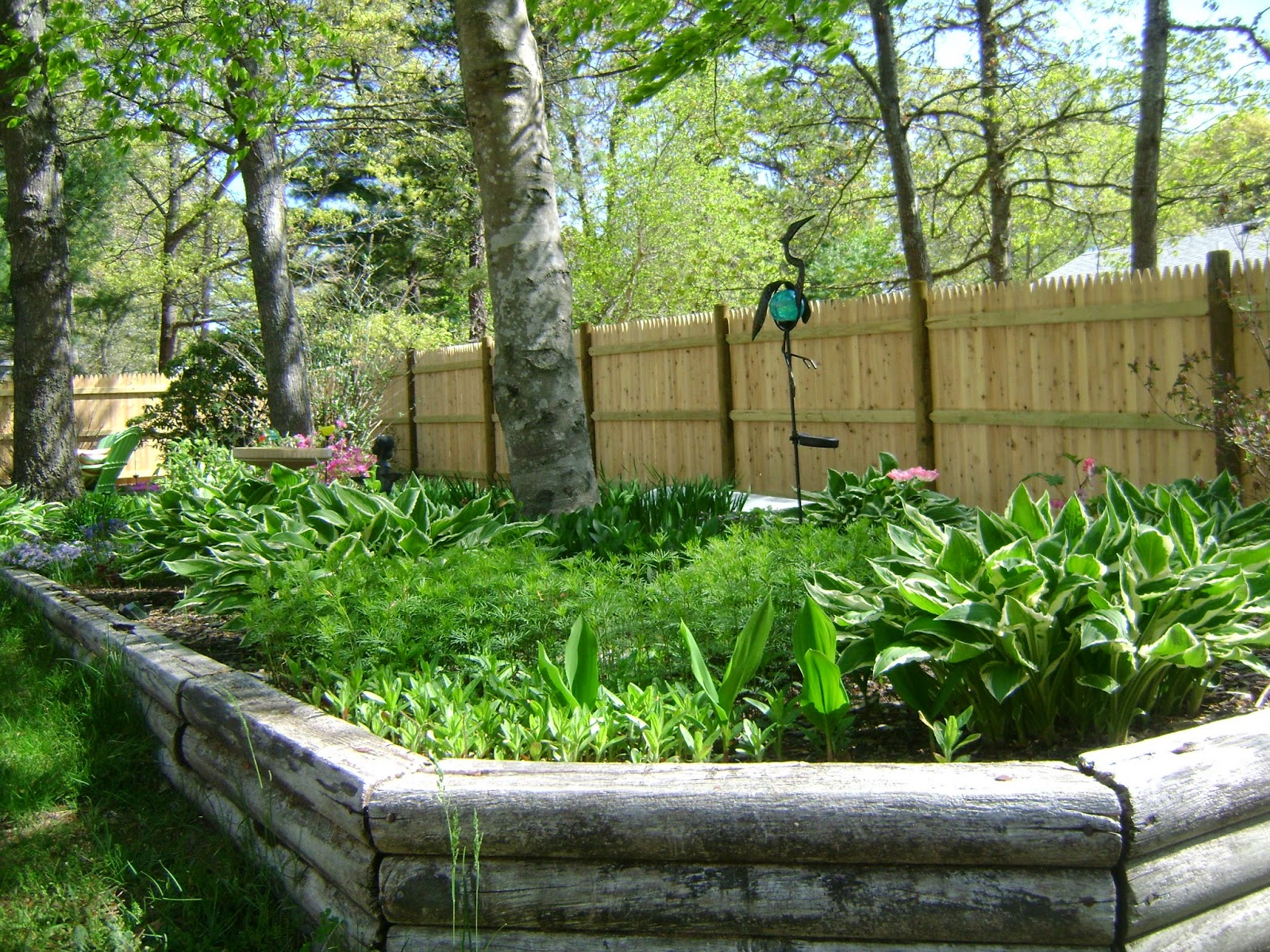 I know, two posts in one day is excessive and peculiar, but I did want to post what's going on in my garden since the last time and I will be out of town most of the weekend. It's been two weeks since the last pictures (all are up over at Flickr, in case you want to see lots of bare ground pictures).

The biggest signs of progress are in the shade plantings. In the big bed the hostas are looking full and beautiful, and the Solomon's Seal is blooming. I replaced the broken bird bath basin. The last fern to come up was the last thing I added to that bed. I thought maybe it was not going to return, but it is not only returning but moving around. There is an additional frond about six inches from where I planted the original. Anyone who thinks plants are stuck where you put them may not understand the nature of plants. They seem to always be looking for a better spot.  Some things, like lily of the valley enlist birds to carry them around, but others are always on the move and I don't know how they do it. My reading corner is in a cooler part of the yard, so hostas are still coming up there. There is one which has not yet appeared - I think it is a blue, but I won't know for sure until it comes up. First up - Patriot, followed by Gold Standard, then Francis Willliam, then Sum and Substance, then the little mini that I can't settle on a name for.  I have changed the seating in the reading corner. Instead of two chairs I now have two chaises whose elderly condition had banished them from the deck when we put a table and chairs there. That makes the reading corner a prime spot for a nap. I tried it out already this week and can recommend it heartily. I moved a couple of hostas out from under my giant of a forsythia into better spots in the big shady bed and the reading corner. 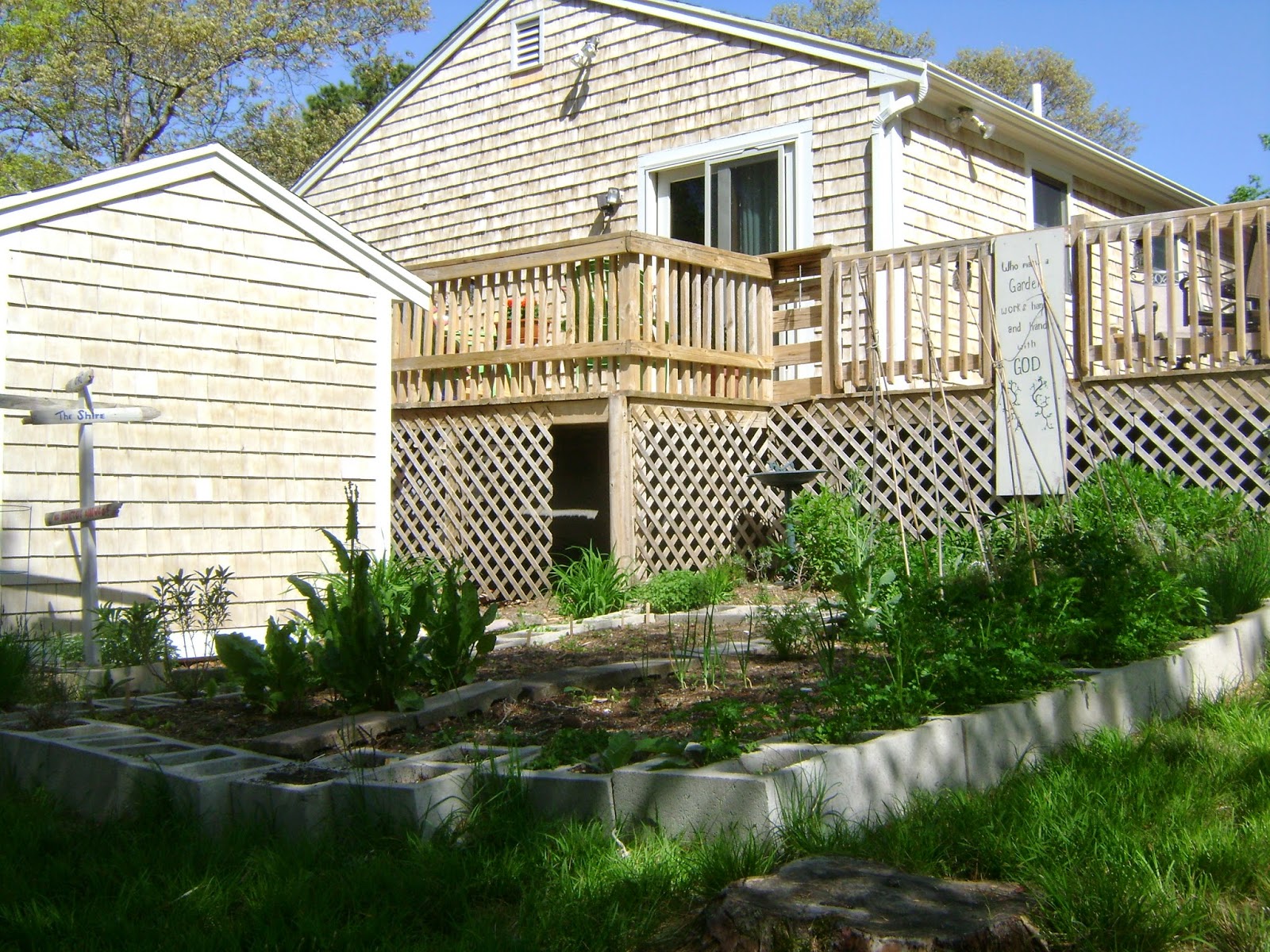 This year my only peony has flower buds! I am excited to see it. I think it is a double in bright pink, maybe Duchess d'Orleans. I'll see how good my memory is when the buds open.

In the sunny/veggie bed it looks like Cosmos are going to try to take over. They self seeded everywhere. The agastache does not look strong, but the fleabane I rescued from the dead plant table at the nursery looks like it's going to live. The three salvias I bought at the end of the season raggedy plant sale have settled in well too.  My gaura has not come back yet, and I think it may not have survived. I really thought it was pretty tough, as I never lost one in Oklahoma. Last winter may have just been too cold. I have not seen a sign of the fancy echinacea I splurged on either. Very disappointing, but since Magnus is just coming up I have a tiny bit of hope for it still. Bush beans have germinated, also radishes, beets, collards, parsnips and many others. My rosemary did not survive, so I'll have to buy a plant or two. I won't start with seed this year as it is really slow growing.


I am impatient to see action in the sunny bed this year because Shana's dad is coming to visit and I would like for there to be something to see besides bare dirt and sprigs. We are planning to have him help us dig out and install the planned new flower bed along the front walk.  I'm excited to have another sunny bed to fill with perennials. I'll start with moving around what we already have in the area, plus a couple of items that are not happy where they are or are too numerous for my taste (cosmos, I'm looking at you), but  no matter how conservative I am I will still have an excuse to pick up some new beauties. I hope one of the garden clubs may have a plant sale while I am shopping for this bed.


The biggest news in the garden is our new fence, which gives the dogs a lot of pleasure. I will be doing some planting along the fence net year - this year I moved a little rose of sharon from behind a rhododendron into a sunny spot near the new fence, but I don't think I will have time or money enough to do much more. In another month we will be kayaking, cycling, and lounging on the beach instead or tearing it up around the yard.