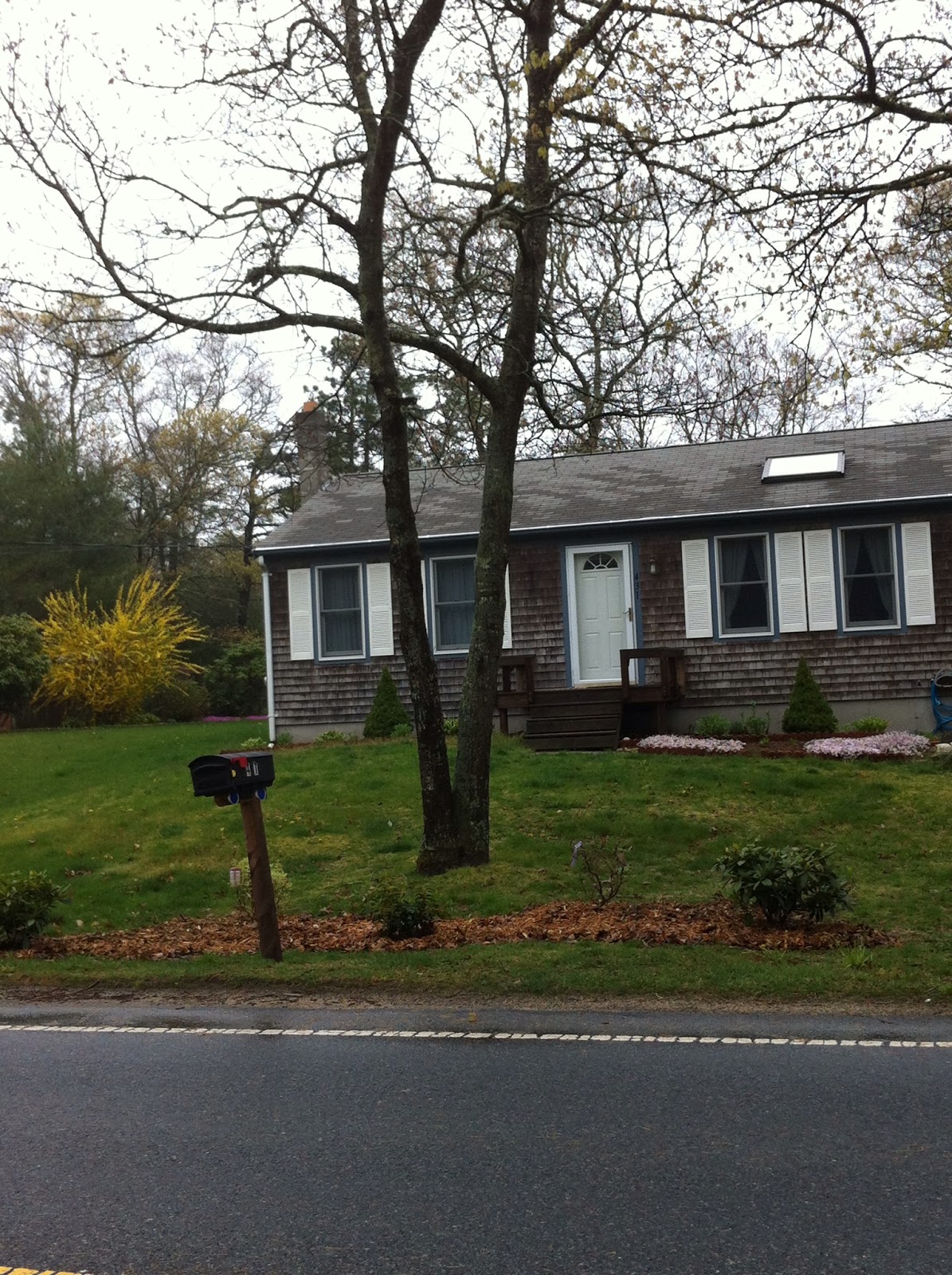 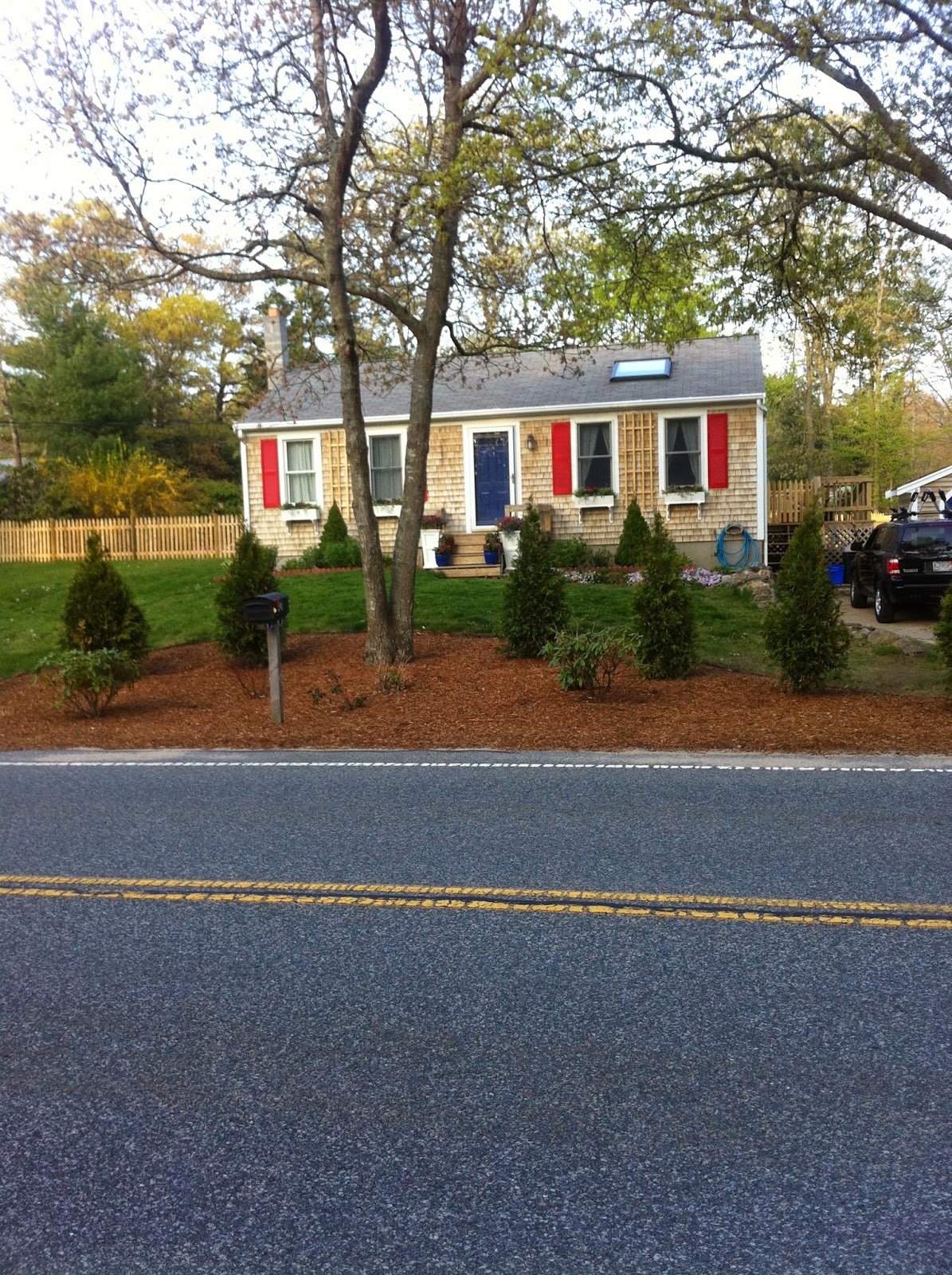 It's been pretty clear that we have been doing a lot of outdoor projects this year. I rather hope the results speak for themselves. Of course I have a little something to add. In the "after" picture you can see trellises but nothing growing on them. There are actually roses planted under them which should reveal themselves later in the season.  Also today new lights are being installed on either side of the door which probably would not make much a a difference in the picture but will in real life. The shingles will in time weather back to grey. It looks like I took the pictures a few days apart because you can see the same plants blooming and leafing out, but these pictures were actually taken a couple of years apart. Just pure chance that the timing was spot in!
Posted by Unknown at 11:22 AM

It is remarkable what a lot of TLC and hard work can produce. A wonderful little house.

It looks so fresh and bright! Lovely and inviting. Nice job.