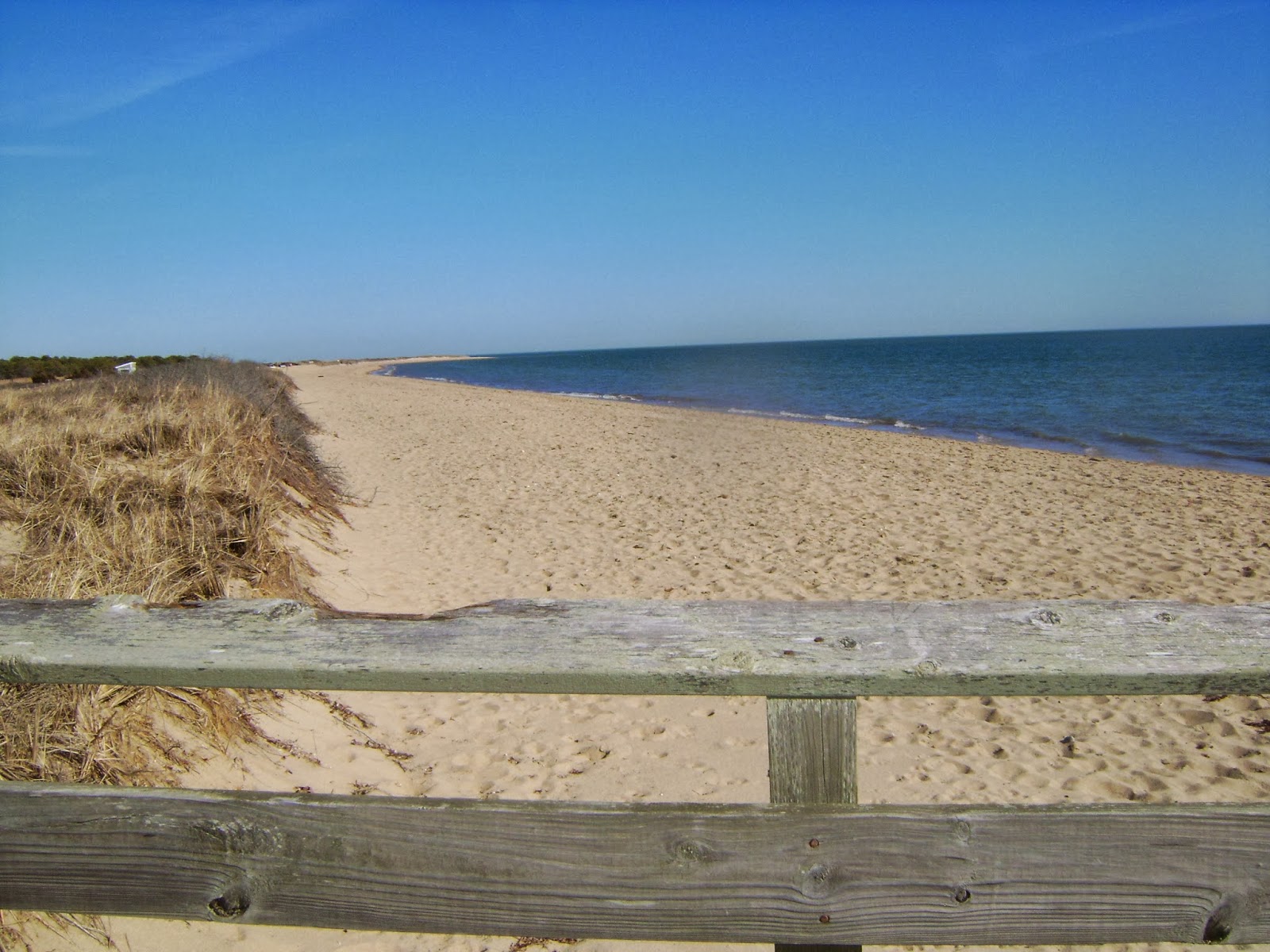 We had a minute of spring today - a teaser. With sunny skies, little wind and temperatures in the 50's I took Roxy to the beach for a long walk. She has not been feeling well this week and I thought a little outing would do her good (nothing serious, just a tummy ache). We went down to South Cape Beach and took a walk down Dead Neck Trail to Waquoit Bay. We have had such awful weather and spring is so slow in coming this year that everyone and (literally) their dog was out to enjoy the beach and the trails. Roxy got to exchange greetings with quite a few dogs and have a little break from Mitzi, so her afternoon was a great success.  Mitzi will have the next "only dog" outing. I had forgotten that a snowy owl had been spotted at South Cape, so that was a nice surprise. I only saw it at a distance this time. 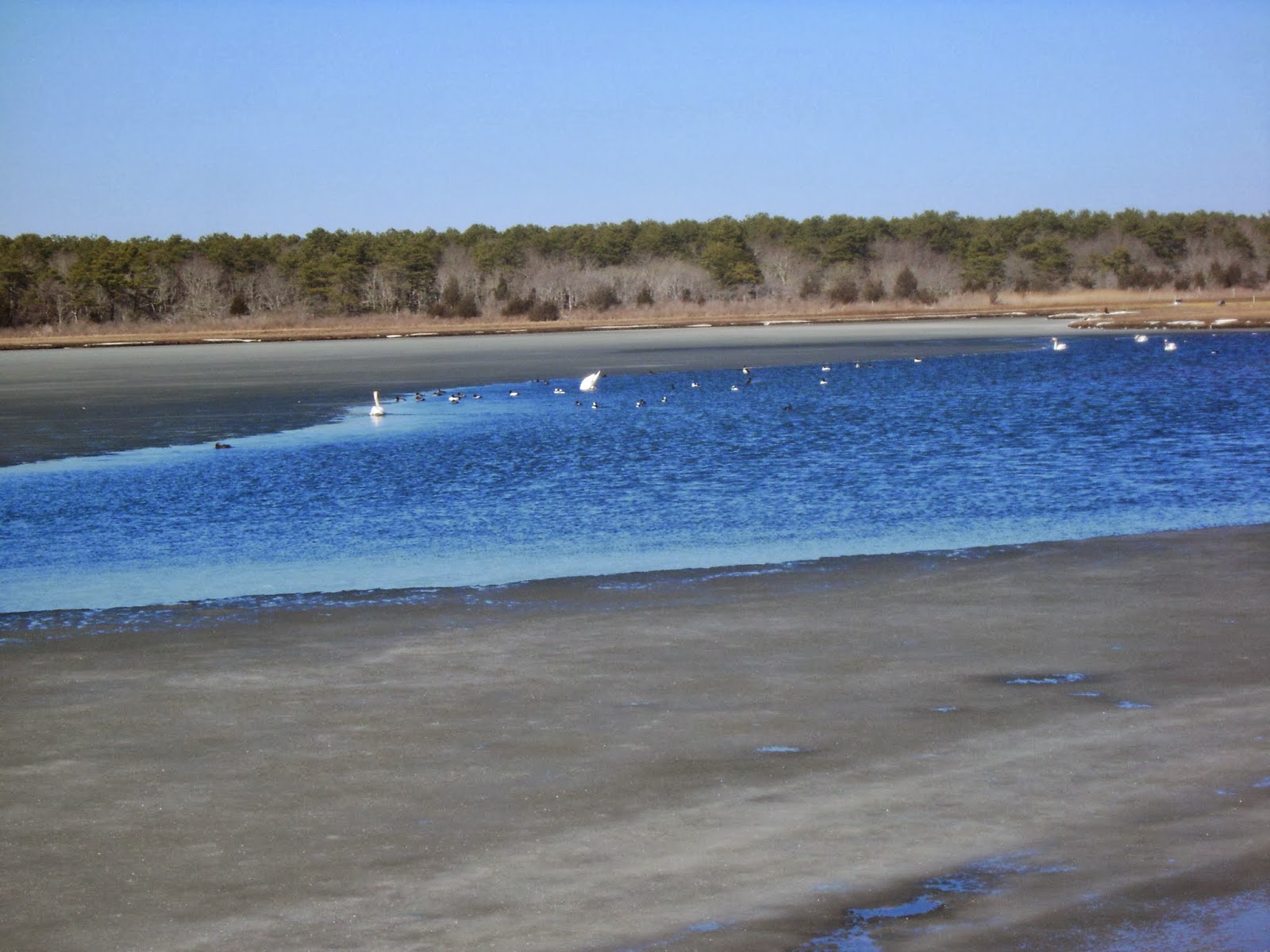 Tomorrow Shana and I are going to go to Mahoney's Garden Center to look at some shrubs and think about our landscaping plans for this year. She has a particular plant in mind to screen us from the road; I have another in mind for a screen at the back fence. We are also planning for a new flower bed near the front door. We are going to add some fencing later this spring for the dogs, which also gives me some new opportunities for landscaping. At the very least we will be looking at something green for a change! I have already purchased quite a few seeds for this year but my garden is still covered with snow. A few days above freezing have melted the remaining snow on the deck but my veggie patch is still covered up. 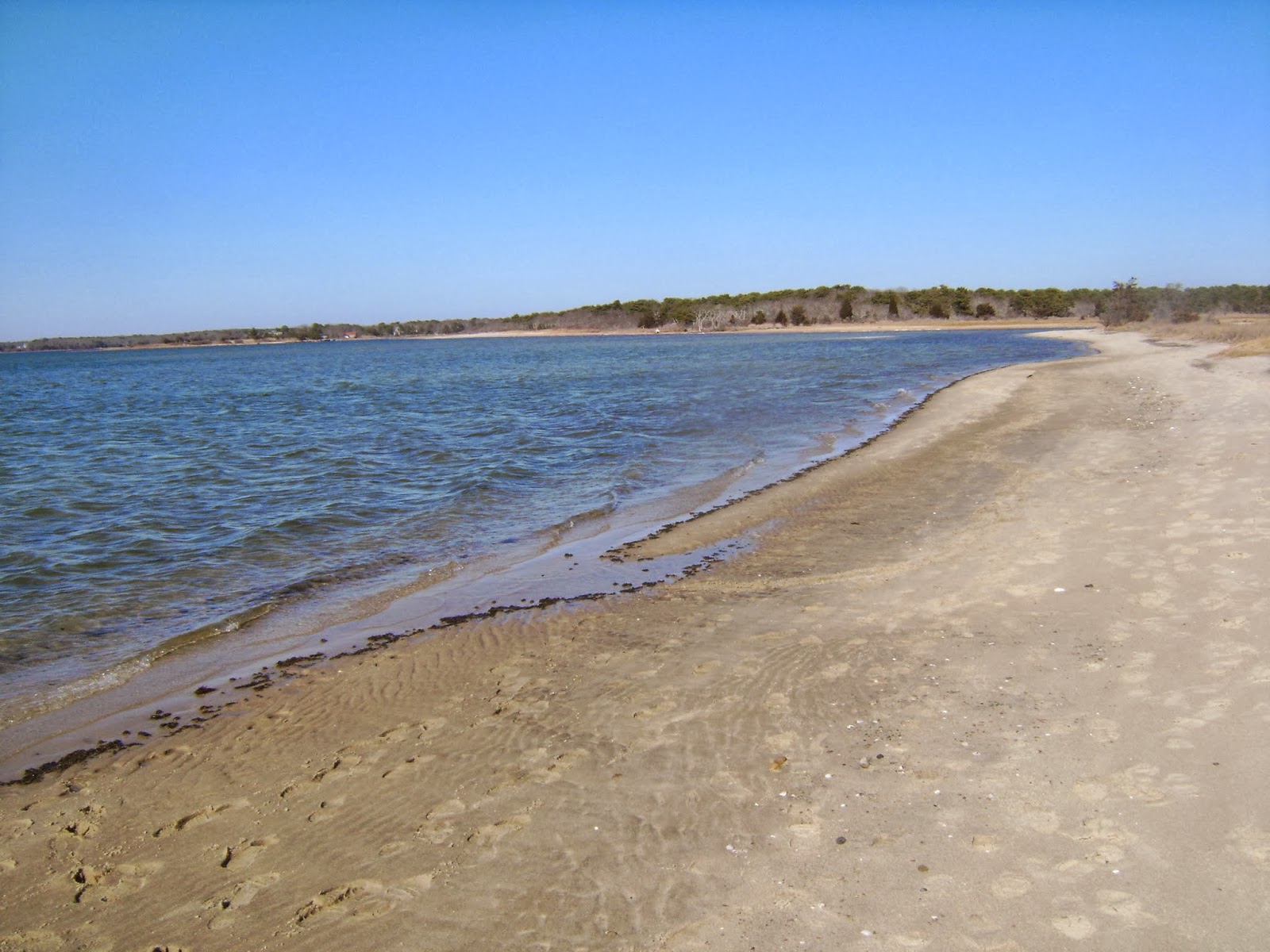 I put in a little knitting time on my Clapotis, which has finally progressed to the point where I start dropping stitches. I was right about the yarn; it is pooling like crazy. I think it will be all right though. Clapotis is diagonal, with decreases on one side and increases on the other through the center section. It breaks the pooling effect up a bit, and the dropped stitches break it up visually. In any event the yarn is so pretty and the colors so nice I am not that concerned. I know I will enjoy wearing it, and the alpaca yarn is a pleasure to knit with. When I am a little further along I will post a picture.

Nice beach shots! Give Roxy and Mitzi and gentle head ruffling for me.