While Other People Are Having Spring 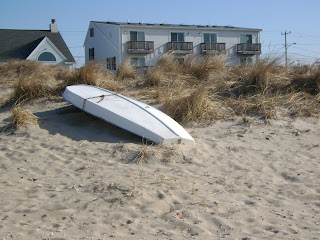 Last night we had snow again. We didn't get much, but snow it was, followed by an attractive rain and snow mix which melted most of the snow without in any way making the day cheerier. We've had sun the last few days, but sun in the "put on your hat and gloves and get out before it goes away" style. Too cold to be fun, but to sunny to pass up. For a change of pace Thursday we will have snow. The leaf buds are swelling on the trees and I have seen some iris leaves pushing their way up out of the ground, but as long as my feet are like two blocks of ice I do not believe spring is underway. 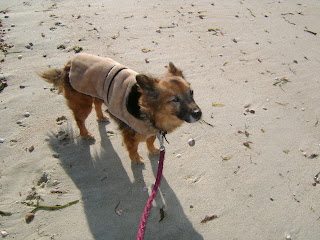 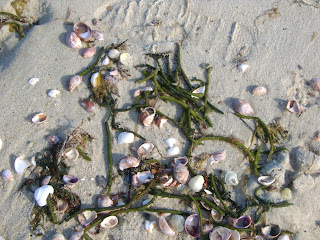 Sunday Shana and I treated ourselves to a nice breakfast out in Hyannis and went for a bundled up walk on the beach. The only beach requirement was that it should be a beach we had not visited before. We were trying to be thrifty about our gas, so we selected a beach on our way home. We stopped at Covell's Beach, which is a residents' only beach in season. It lies right near the very popular Craigville Beach where young people congregate. We had a nice walk along the beach before we moseyed on back home. I don't think either beach holds a candle to the Outer Cape beaches on the Atlantic side, but both are very nice and the sand is pretty. The dunes are low and more human scaled than the giant dunes of the Atlantic coast. The Atlantic dunes have suffered a lot of storm damage this winter; I am curious to see what they will be like this year.

Today because I could not cheer up the outdoor weather I changed the indoor weather. I made oatmeal for this week's breakfast, oatmeal cookies, red lentil dal for tomorrow's dinner, and a pile of naan to have with the dal. At least the inside of the house is warm and cozy with comforting smells. 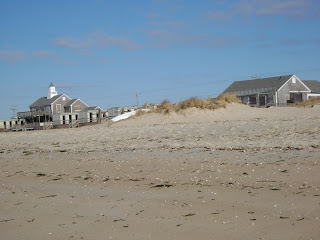 I have only a baby blanket and a partial sock on the needles at the moment - can't quite settle on what i really want to knit next. What I'd really like to do is plan for my summer garden. I have already asked for 3 yards of compost for my birthday! There is plenty of cleanup that I could already be doing in the yard, but I am still sulking about the cold weather and don't want to set foot out there until it gets a bit warmer.
Posted by Unknown at 3:59 PM

Did you enjoy the St. Paddy's Day parade? Thank you for sharing your beautiful photos of the woods walk with Roxie. She's such a dear doggie. Hope the toes are healing up and give you no aches in cold weather.