Spring is starting to creep in here on Cape Cod. For a few hours of the last few days we have enjoyed temperatures in the 50's and everyone has been out taking advantage of it. I've been out for a bit every day and plan to be the Yard Slave this weekend. Some crocus is blooming, so I guess it's time to clean up the yard and get ready for summer. Roxy and I went to the Falmouth Dog Park, and every day we have been walking on a beach. She's actually been basking in the sun on the deck for a while every day.


Yesterday Shana and I both had the day off at the same time and we were determined to make the most of it. After dropping my car off at the garage (a tail light and a brake noise which turned out to be a tail light and a wheel bearing  but all better now) we headed off for a delicious breakfast at the Optimist Cafe. 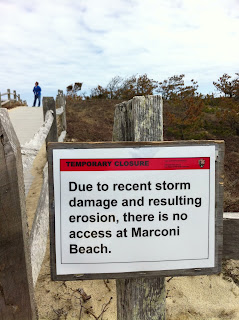 Fortified for a fun day we next stopped at the Parnassus Book Service, one of my favorites that I was excited to show Shana. We had a specific goal there - a book for My FIL's 85th birthday gift. He's a big fan of the WWII book of photographs, and the Cape's excellent selection of used book stores makes a gift of this sort affordable and achievable. We found a good one, and also a little something for me - a copy of the 1959 Good Housekeeping Needlecraft. I love vintage craft books. The illustrations and styles are often hilarious but the information is timeless.

Next stop was Lemon Tree Village Shops for a bit of upscale browsing. We had a good time looking at beautiful pottery and lawn ornaments, and purchased a few more pedestrian items - a microplane suitable for grating small amounts of cheese, a bag of dried posole, and a bag of coffee.

We had not been downcape for a while and we stopped at some of our favorite beaches to see what the winter storms had done. Nauset Light and Marconi Beaches are completely inaccessible, with the stairs completely gone and the dunes ending in a tremendous drop. My pictures don't adequately show how steep and how far down the drop is from the top of the dunes. In some places the top of the dunes can be as much as 140 feet above the water. There is some question about whether the beach access will be restored this summer, or ever.

We've planned a weekend camping getaway for June, before the vacationer descend upon the Cape. We stopped at the campground to select and reserve a space and to see if the nearby beach, a section of Coastguard Beach, is accessible. It looks like the storms drove sand over the road for a good quarter of a mile, but it has been cleared and you can walk down to the beach (albeit with some strenuous effort climbing back up).

We finished up the day's adventures with a stop at Russ and Marie's Marconi Beach Restaurant, which had caught Shana's eye with a smoker outside suggesting actual barbecue may be served. They do have and use a smoker, but when an Oklahoman asked for the portion of brisket that has bark on it and the waitress does not know what bark is you know you will be getting east coast BBQ. Generally this is roasted until the meat is falling off the bone, then finished on the grill where it get a little smoke instead of being cooked slowly in the smoker with a dry rub. They then smother it in some kind of sauce and serve it up. Not awful, and certainly tasty, but not quite what  we were hoping for. Portions were generous and I think I might stop there again, but we are still coming up empty for authentic barbecue in these parts.