A Family Farewell to Inace 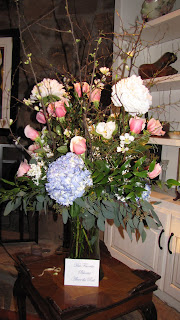 This weekend we had a family memorial service for Inace instead of a more public service. It was held at the home of one of her brothers; her surviving siblings and many of her nieces and nephews were in attendance.  The flower arrangements Nancy arranged for were beautiful and appropriate but not overwhelming - just the right touch. The officiant had presided over other family occasions and was familiar to everyone, and two of her sisters spoke about their shared experiences.  The service was simple and informal, and I think it was a great comfort to everyone.

Due to a technical problem we were not able to include a video collection of old photos in the actual service, but James stepped in to solve the problem and we were able to watch it later.  I think that was actually better because by the time we saw the video everyone had been visiting and relaxing and the video closed the evening with shared memories and laughter while viewing pictures many of us had not seen for a long time. 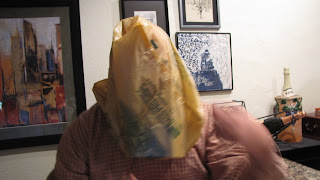 The evening was a comforting affirmation of family and the kind of celebration of life that is often wished for but sometimes difficult to achieve.

As usual I took a lot of pictures for people to enjoy later.  Some people were happier about this than others.  The Unknown Cousin was one of those less pleased with my efforts!
Posted by Unknown at 1:21 PM