During my working life I thought of that period between New Year's Day and Easter as "the tunnel": that time of year when there were no holidays to break up the time and we all went to work and came home in the dark. Now that I am retired I don't have to come and go in the dark, but the cold grey of winter still feels like a tunnel. For the last few years winter has been hard here and seems longer than ever. I think time has made my feet unable to warm themselves. 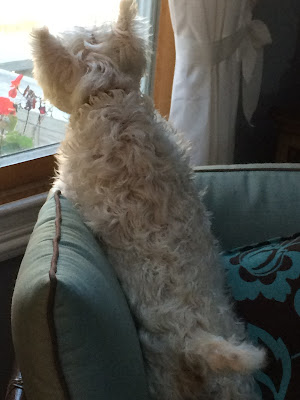 Seed catalogs have started to come to the door, making summer seem just a little bit closer.  I don't have a good place for indoor seed starting at the moment. Sometimes ambition gets the better of good sense and I think I could get some grow lights and set up a table in the basement, but I know I don't (yet) have the devotion to make that happen. Still, the catalogs are here with their alluring pictures and descriptions of things which are irresistible but will fail to thrive under my negligence, or which will be unsuitable for our climate or for the exposure in the place where they must grow. One of my friends is buying a house this winter after several years of renting and we can consider our gardening follies together. 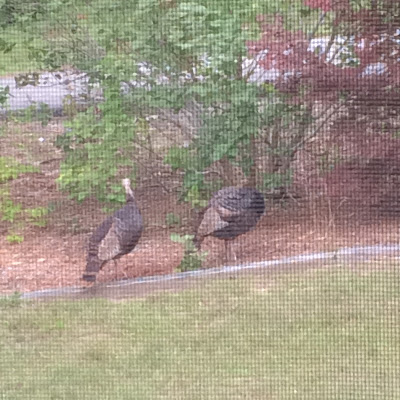 I was supposed to have a new patio door installed today, but one of the installers called out with a strep throat. Rescheduling will be difficult because I will be out of town for a few days at the end of the month visiting my children in Oklahoma City. The disappointment is considerable, but I imagine the installer is more disappointed in the missing day's work, even though the temperatures are not ideal. We are also adding a railing to our porch. Shana fell down two days running and torqued her knee. little ice patches were the proximate cause, but not having a railing to grab did not help. As with many things about our house, the front porch was added later and is not to code. In order to have a licensed person add the railing he also has to add the proper size barrier around the outside of the porch. You are supposed to have a 36" barrier, and we have a bench that is more like 24" surrounding the porch. Off with the bench, on with a railing in its place. Everything is more complicated than it originally looks so it costs more and takes longer.

My knitting this week has consisted of fiddling around, mostly. One button wrap in a bulky stockinette, one pair of mittens, and 3/4s of a sock for myself. The Little Woman questioned how much need I had for another pair of mittens. Not only is this the ONLY pair of mittens I have (I have one pair convertible, 5 fingerless and one pair of utility gloves!) but also I just wanted them. So there!

We have our lottery ticket for the current billion dollar Powerball drawing. Hopefully we will not be like the restaurant employees who thought they won only to find out later that they were comparing their numbers to the results of a past drawing (after several of them quit their jobs). What a heartbreaker.

Primaries are coming up - don't forget to vote! I will be voting for Bernie is the Primary, but whoever the Democratic candidate turns out to be, that person will have my vote. 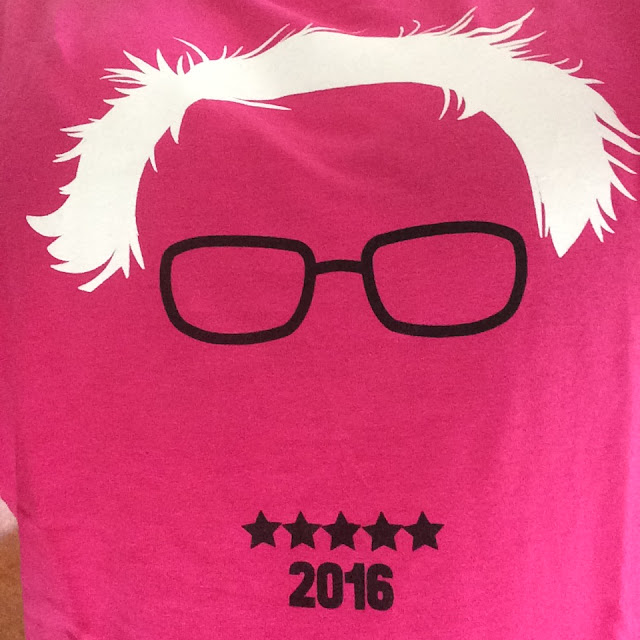