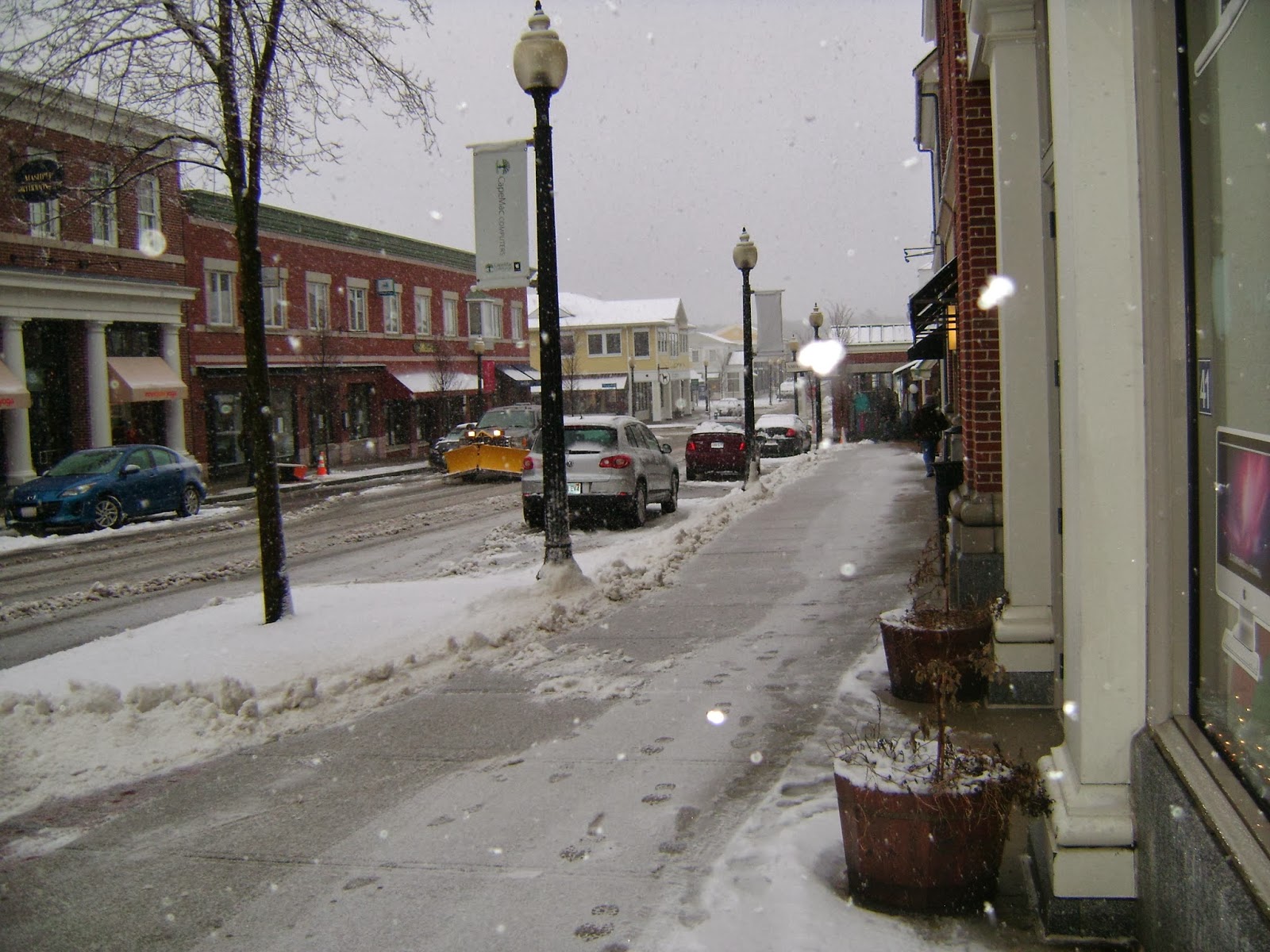 Yesterday was the first of three snow storms forecast for this week. I got a bit over four inches yesterday which was kind of surreal for me because I went to work at 5:30 a.m. for our yearly physical inventory before the snow started and came out to at least three inches of snow and snow removal equipment in use all up and down the street.

Tonight we will get maybe 6 more inches. Sunday's storm may be a nor'easter and a very substantial storm. It's funny. Last year we had a nor'easter every weekend for a month. This year we are getting weekly storms that come to us across the Southern Plains via the Polar Vortex. Not as rough on us as the coastal storms, but much harder on the Southern Plains and the South Atlantic corridor. 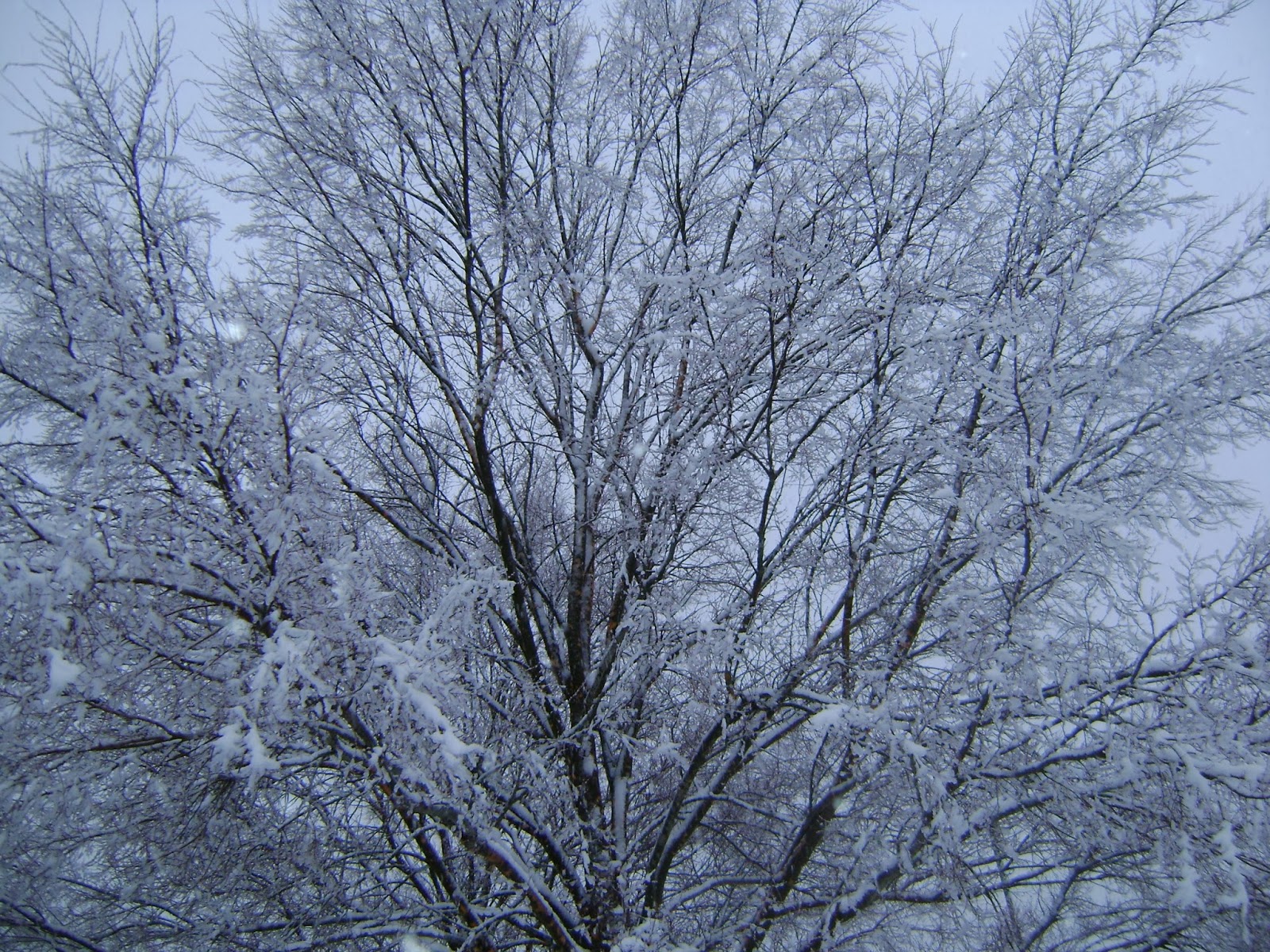 I've been staying inside most of the time and putting the time to good use knitting. Having five (!) current projects has been a motivator. One is a baby blanket with something of a deadline. The others I am knitting for myself and are things I really want to have. There are at least two more projects in the wings I want to start as soon as possible. I have completed the Chivalry Mitts featured in Interweave Knits 2011 Holiday issue and look forward to wearing them.They are my first colorwork project and I think very successful. I did knit the first mitt up to the middle of the thumb gusset before I tore it out to start over, but that was an issue with how I was reading the the thumb gusset chart and not my colorwork. No want of motivation but having only the normal human compliment of arms and eyes limits my production somewhat.  I have also taken some time off to watch TV without distraction and read. 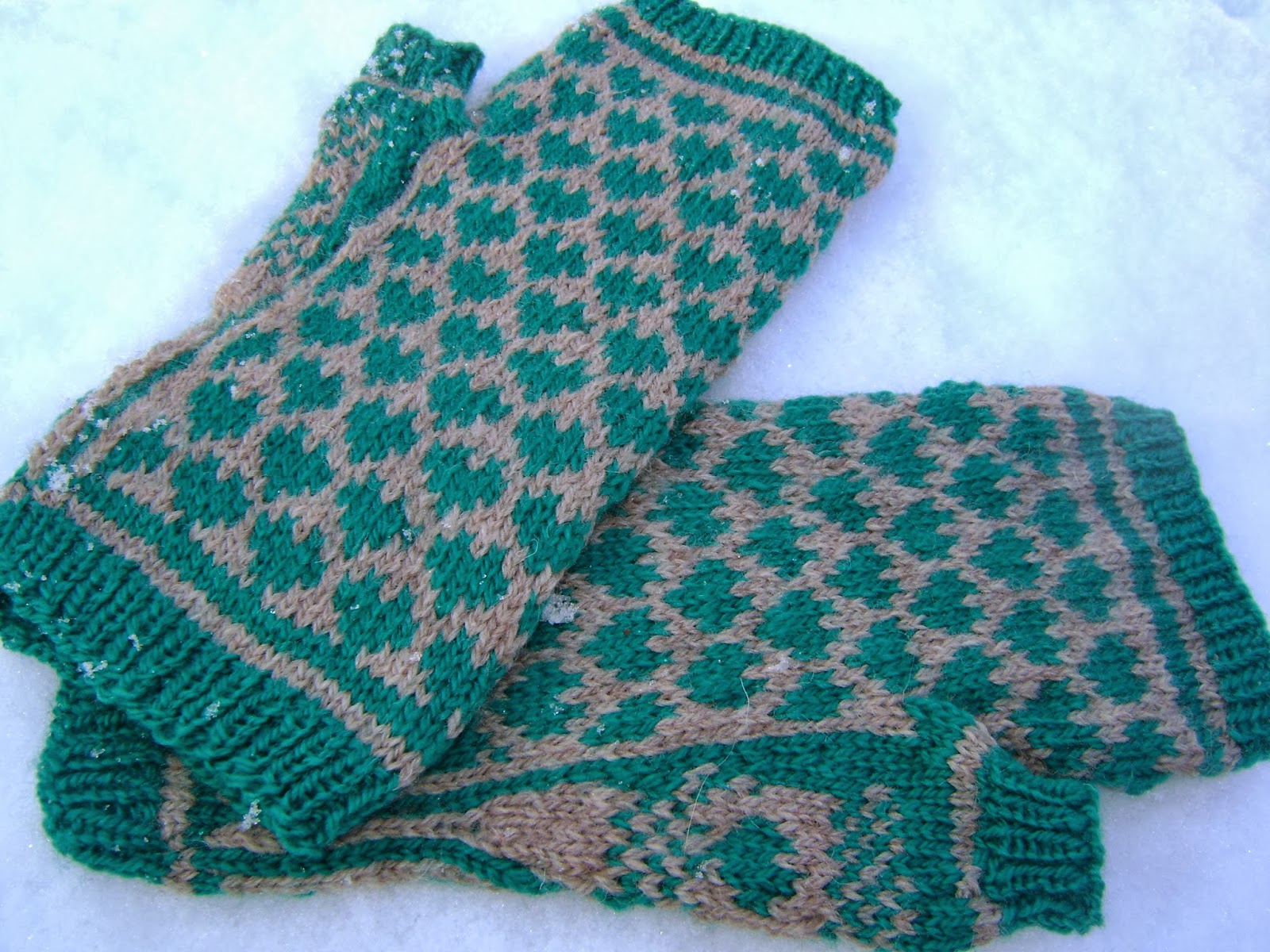 I am still watching Downton Abbey although it has degenerated into a standard soap opera albeit with very little of the sexy romance that keeps an audience tuning in to daytime drama. The costumes are still sumptuous enough to elevate the story lines (a little!). I have just finished Margaret Atwood's MadAddam, the end of a trilogy. Interesting in premise and like much of Ms. Atwood's work, deceptively simple. She was able to keep my attention through a post apocalyptic series without a great deal of graphic sex and violence and with a lot of thought provoking themes. The themes of morality in science and income disparity are topical and fascinating.

I was heartbroken to hear of Philip Seymour Hoffman's death, not his death per se, although he was a fine actor and it's always sad to see a waste of a talented person, but because of the manner of his death. I came of age in the late 60's and would have confidently assumed that heroine would never come back into popularity because no one could possibly be uninformed about its dangers enough to dare try it. Clearly this is not the case. Opiate use in all forms are epidemic in this part of the country and I am sad and discouraged to see  it.

The terrible H will always be around, and even legalizing it doesn't stop anything but the money to be made on it by really bad people.

People who are in the movie industry have usually got a lot of money if they are famous enough, and become targets as do newly signed super athletes. If some horrid person can hook them it's like a $100K a year guarantee of off the record profits. The whole thing is monstrous.