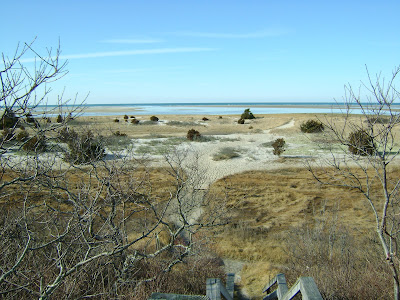 Just before I killed my old laptop Shana and I had gone out for a walk with our friend Sue. We had intended to visit the Cape Cod Museum of Art, but it was closed because of fumes. Apparently they were painting inside and had to close until the smell dissipated. Faced with the choice of going for a walk or going inside for the afternoon to see a movie we decided to take advantage of a perfect day. I think I probably uploaded some cell phone pictures to Facebook or Twitter that day, but the pictures on my camera were lost because I had not yet uploaded them to Flickr when my laptop died. Fortunately I was able to get my data back. I'll be loading the rest of the pictures up on Flickr later today. 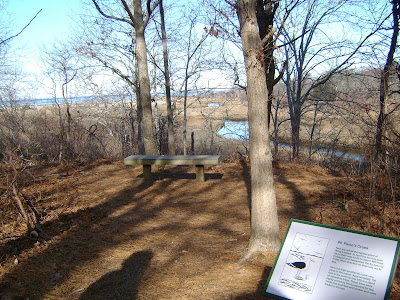 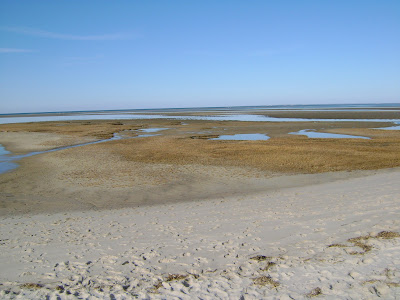 After getting a bite a Grumpy's Restaurant we drove to the Cape Cod Museum of Natural History in Brewster. We did not go into the museum, because we wanted to take advantage of low tide to get out on the property for a walk. Although the day was cool it was sunny and calm - a perfect day to go out to the flats. I was hoping to see some creatures among the pools but no such luck. I still had a wonderful time. Roxy was not happy when I walked her across pokey pointy reeds, but regained her enthusiasm when I paid attention to the kind of surfaces she had underfoot. We met up with other dogs on the trail, so her experience was complete.

We got back from the trail too late to go into the museum to use the rest rooms, so we stopped at a gas station down the road. When I came out the attendant was looking into my car and laughing. I asked him if he saw my dog. He responded "Yes, and she's eating a sandwich!" The sandwich Shana had left on the dash was now on the floor, and the car was locked. By the time Shana came out with the keys all the meat was gone and Roxy was happy.
Posted by Unknown at 2:45 PM

Roxy didn't want to insult Shana's cooking, after all. :)

Oh my, so like a little doggie! Now a cat would never have done that, or would they have? Hmmm?

Thanks for the smiles! I needed them today.