It's All Fun and Games 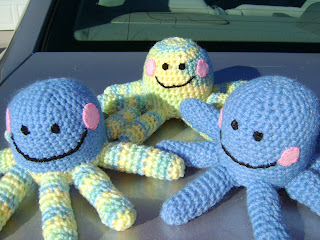 No danger that someone will get hurt, though. My most recent projects have been amigurumi. They are lots of fun to make, partly because they are toys and partly because they take so little time to make. It's just about instant gratification crafting. Also because it's crochet if I don't like the way the pattern is done I feel confident enough to make changes on the fly. If I don't like my results it's no big deal to pull it back and do it again. It should be a good stash buster, but of course I want to buy new colors for some projects and I am sure to end up with more partial skeins than I started with. 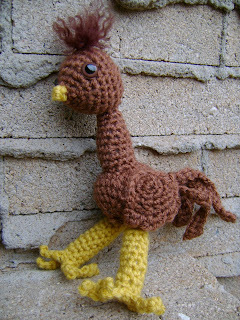 Furnace Wars continue here. It got down to 57 in the house early this week and I thought I was going to have to either give in and turn on the heat or put on a hat, but we had a little break in the weather and a bit of sun so it's just a little warmer now than it was earlier in the week. Inside it's now a toasty and tolerable 64. 56 is about my limit for interior temperatures. When it gets that cool I don't want to get out of the shower and the dogs pull long faces at me when they're not curling up into tight little balls.
Posted by Unknown at 3:27 PM